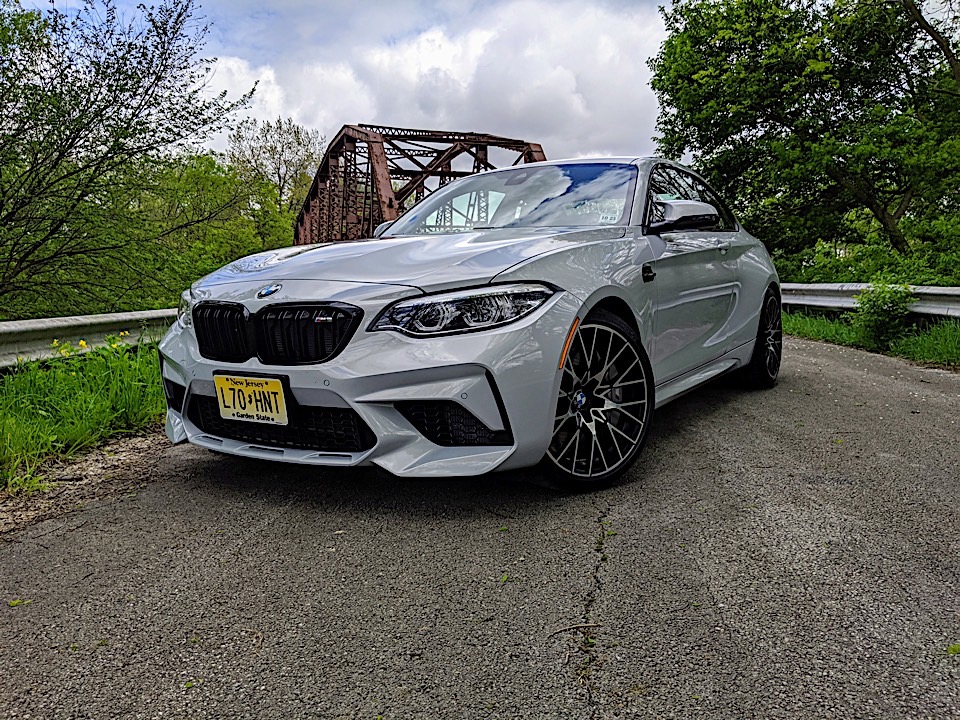 The smallest and quickest BMW benefits from selecting from a massive parts bin of stuff. The engine? It’s from the M3. The brakes? They are from the M3. The rear differential? M3. Transmission? M3. Get the idea? With a shorter wheelbase and a lighter curb weight, the M2 Competition delivers on all of the promises you’d expect from the M3 (technically M4, since that’s the coupe) with a lower price tag. 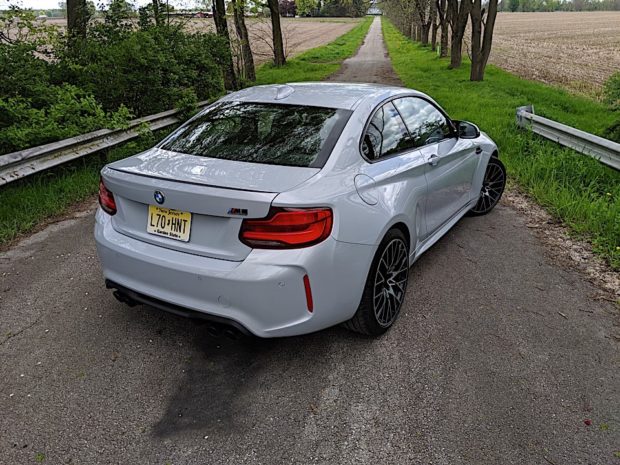 Modern BMWs are technically brilliant, but enthusiasts have lamented that BMW doesn’t make them like they used to. The money is in crossovers and SUVs, and it’s expected for brands to go after that customer. That’s why you see coupe-like SUVs, regular SUVs, and the ilk from BMW these days.

But the BMW tagline is the “Ultimate Driving Machine,” and part of being the ultimate is being enjoyable to drive. That’s where the M2 Competition shines. Power is sent to the rear wheels with a 3.0-liter, inline-6 twin turbo engine making 405 horsepower and 406 lb-ft of torque. An M-tuned electronically controlled rear differential helps keep traction on the track. 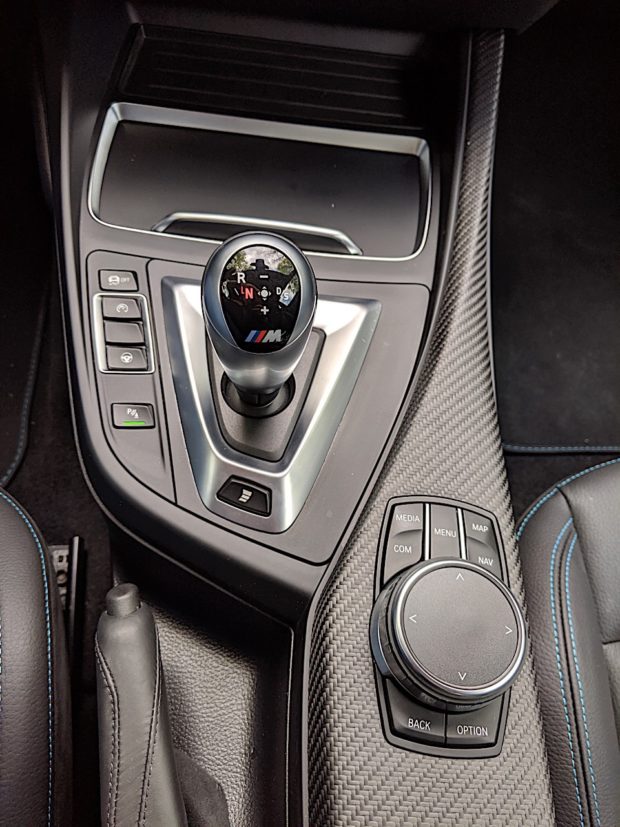 Unlike many of today’s performance cars, the M2 can still be had with a 6-speed manual transmission. It is the standard offering, and will even automatically rev-match on downshifts. If you absolutely must have an automatic, which is fine, you can opt for the $2,900 M-DCT with Drivelogic. It’s expensive, but it’s brilliant.

There are three different shift logic settings for the automatic, from super smooth and comfortable, to an aggressive, track-focused setting. If you still want to have some control, paddle shifters can queue up a shift whenever you ask for it. Because it’s a dual-clutch unit, it’s lightning quick. It might be one of the quickest shifting transmissions on sale today. 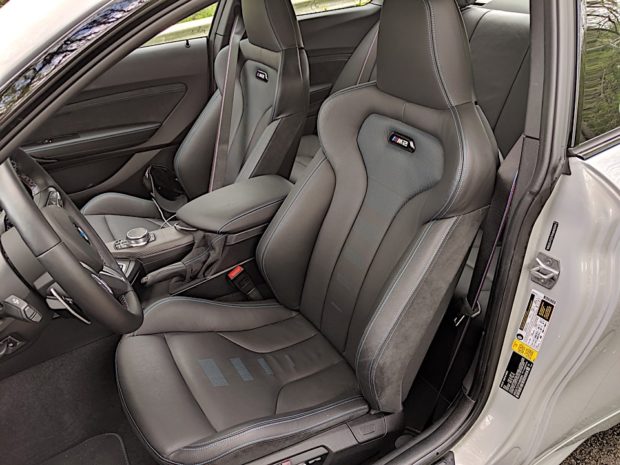 There is an adjustable suspension on board, plus different settings for the steering input. Two programmable M buttons on the steering wheel allow the driver to recall preset settings. I found it useful to have one of the M buttons set for the traction control fully off and the transmission in manual. That’s the only way that the car’s launch control system can be activated.

Around town, the ride in the M2 Competition is a bit stiff, even in the comfort setting. It’s not harsh and unbearable, but compared to some other sporty cars out there, passengers might be bounced around a bit. Left to its own devices in the soft automatic gear change setting, shifts are smooth. The car doesn’t creep forward like a normal automatic, so drivers don’t need to keep their foot on the brake at traffic lights.

Another plus is for those who don’t like auto start-stop. The M2 Competition comes with start-stop as standard, but if the driver overrides it with the Off button, the system remains off even if the ignition is power-cycled. 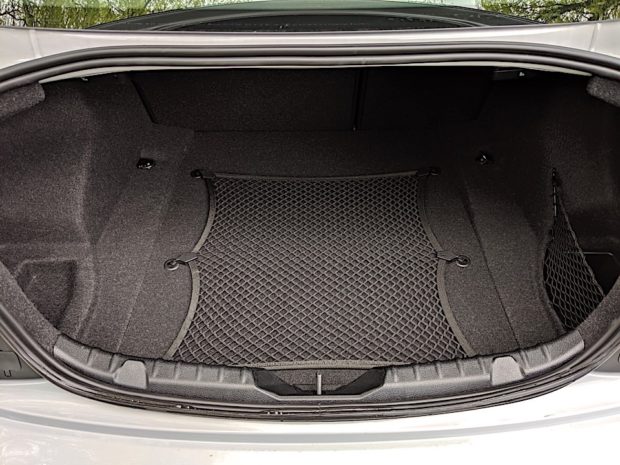 Rear seat passenger space should be devoted to small children only, but compared to the Supra, at least there is a back seat. Additionally, the trunk isn’t huge, but it is functional.

There isn’t anything keeping you from daily driving the M2 Competition and enjoying it on the road or on the track. Combined with the excellent handling dynamics when the road gets curvy, the M2 Competition is not only a fun ride, but it brings back memories of great BMWs like the E46 M3, and that’s a good thing. It’s not for everyone, but it is special. 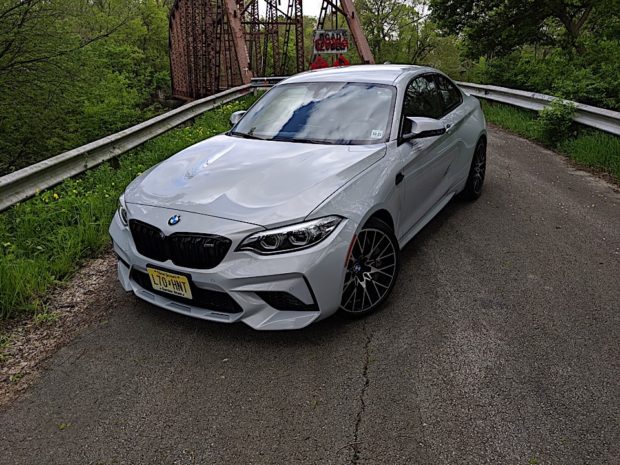