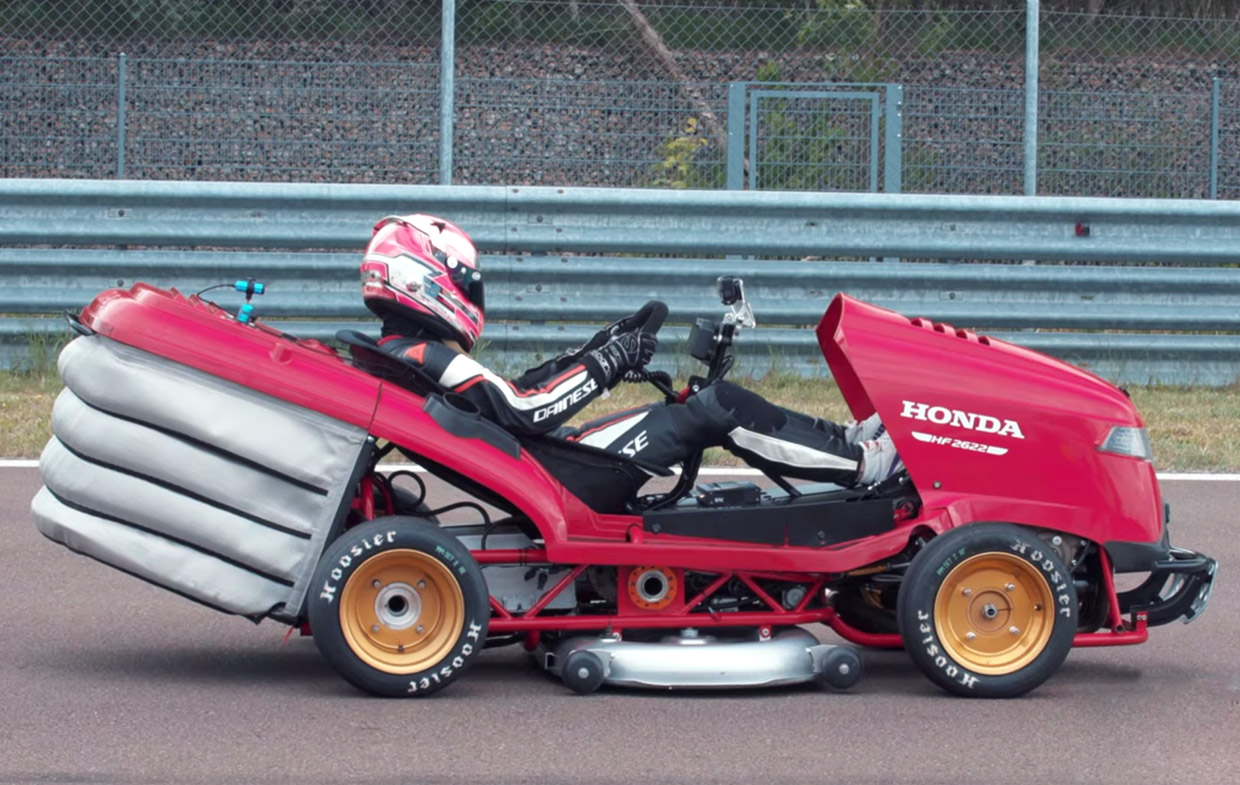 We all hate mowing the lawn so the faster it gets done, the better. Honda’s Mean Mower Mk2 can actually cut grass and its stupid fast. It recently grabbed a Guinness World Record for fastest 0-100 mph acceleration for a lawnmower, turning in a time of just 6.285 seconds with driver Jess Hawkins behind the wheel. That’s just a fraction of a second slower than a Ferrari 812 Superfast gets there, and faster than the vaunted McLaren F1.

It’s powered by a 999cc inline-four out of a Honda Fireblade motorcycle, and makes about 200 bhp. The video shows the whole feat and is worth a watch:

Honda previously said it wanted to make the Mean Mower Mk2 go 150 mph, and later in the day Hawkins pushed the lawnmower to an insane 150.99 mph, though Honda hasn’t shared video of that feat.