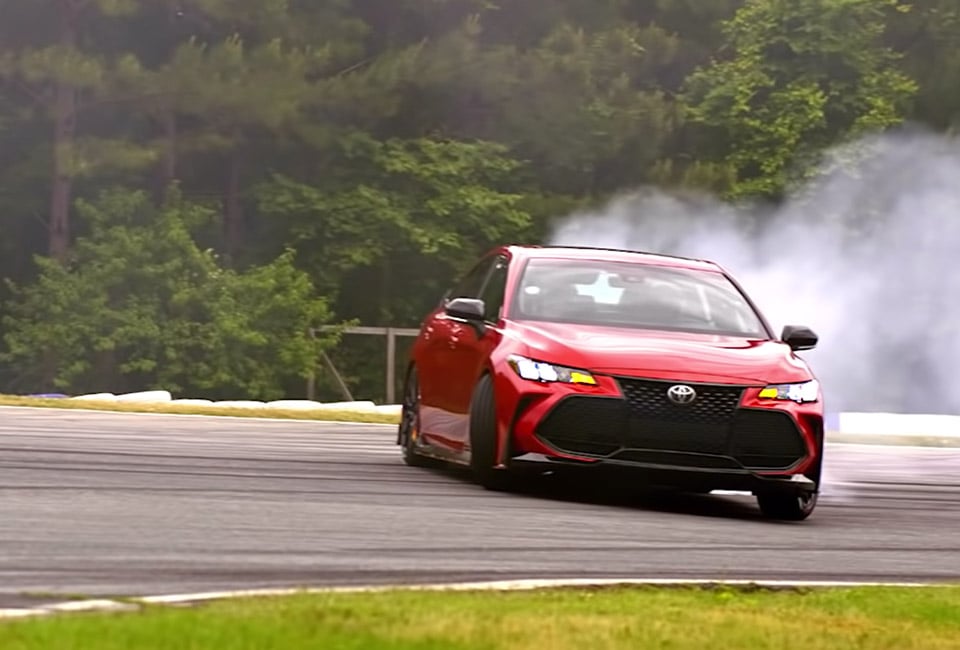 The notion of a Toyota Avalon being tricked out by TRD has always seemed a bit odd to me. I mean sure, it’s now got a powerful 301hp V6 under the hood, and the chassis is stiffer than it’s ever been, but still, the Avalon is one of those cars that’s ideal for long road trips, with its cushy, whisper quiet interior, and comfortable suspension. Perhaps that’s exactly the reason that Toyota is making the 2020 Avalon TRD – to prove that it’s not just a car for your Dad this time out.

In anticipation of its upcoming release, Toyota asked pro drifter Ken Gushi to give the premium sedan a little powerslide around the track. Now the very fact that the Avalon is a front-wheel drive car means it should be hard to drift, but that doesn’t stop Gushi, as he takes a surprised passenger along for a thrilling ride in a slightly-modified Avalon TRD.

Beyond the addition of a handbrake, it’s not clear what if any other modifications were done to the vehicle, but I don’t think there’s much beyond maybe the tires. TRD really did go the extra mile to make the production Avalon TRD more than just a cosmetic package, lowering the car about 0.6″ (~15mm) from the stock Avalon, reworking its suspension, beefing up its bracing, brakes, adding a cat-back dual exhaust, and tuning and tweaking the drivetrain programming for maximum thrills. Plus, it’s certainly the best looking Avalon variant in my opinion – just look at it with all those ground effects and black trim: 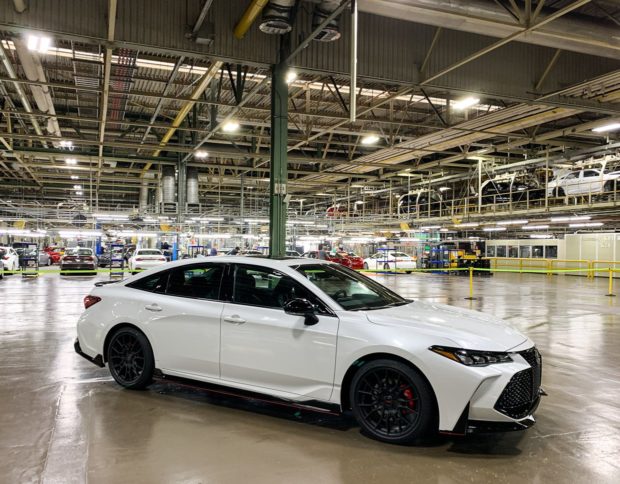