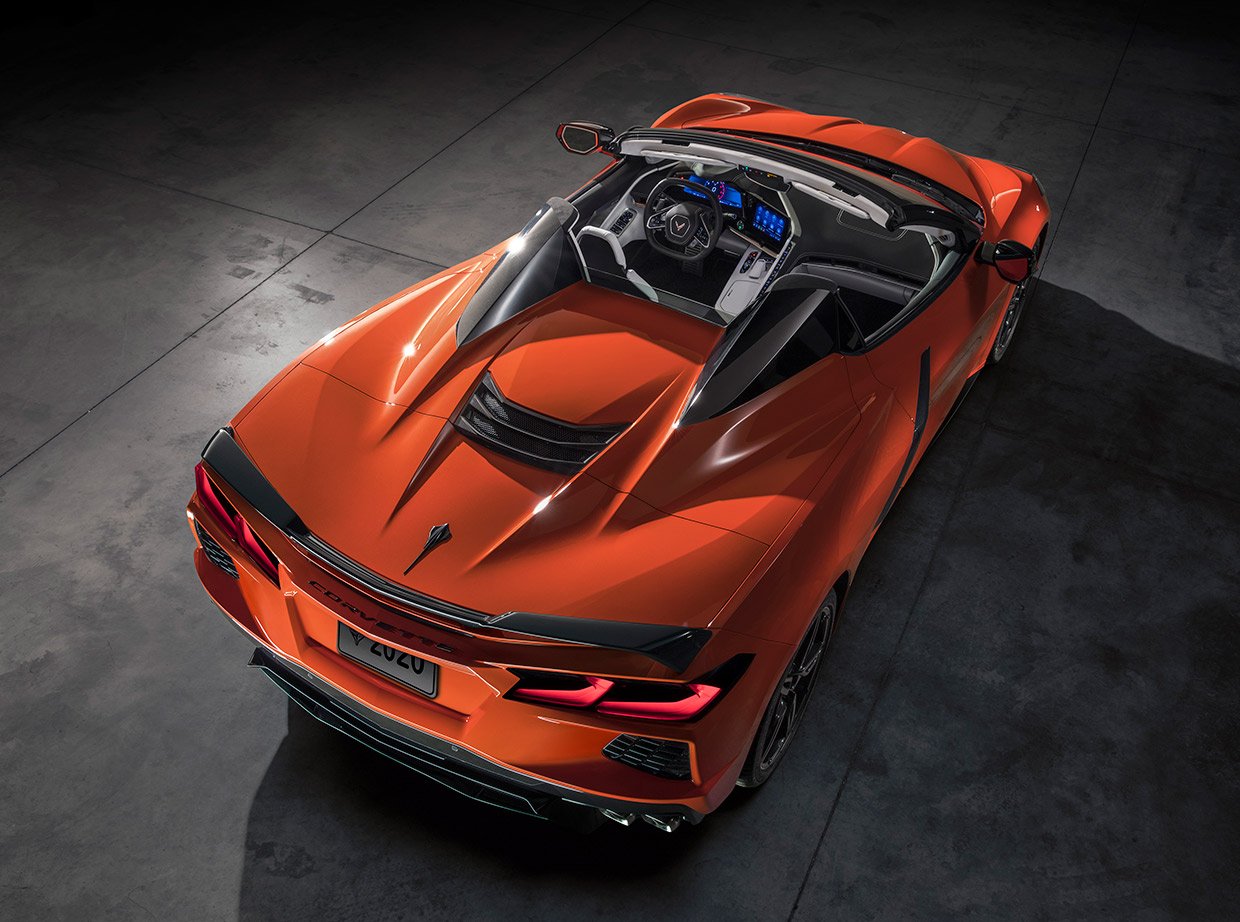 The prospects of mid-engine Corvettes hitting the roads is pretty damned exciting all on its own. But the idea that you can enjoy all of that power, balance, and handling prowess with the wind in your hair makes it even more appealing. I enjoy a convertible performance car as my daily driver, and it’s awesome to be able to enjoy open-air driving while still knowing you have all that power under your right foot. 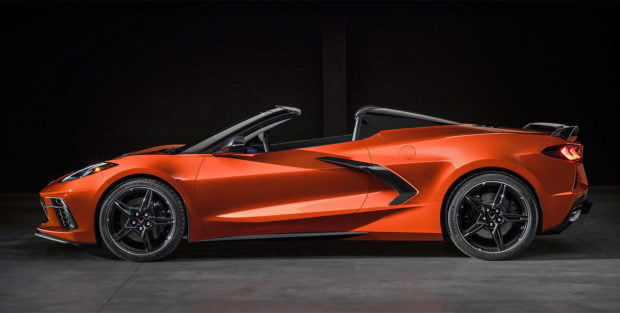 The 2020 Corvette Stingray Convertible starts out with the same 495 horsepower, mid-rear mounted V8 found in the standard C8 Stingray, but gets a retractable electric hardtop. The top hides quite seamlessly under a pair of nacelles behind the rear seats, and can be opened or closed in about 16 seconds, while driving at speeds up to 30 mph. A divider glass window can be raised or lowered to reduce buffeting and wind noise while the top is down. 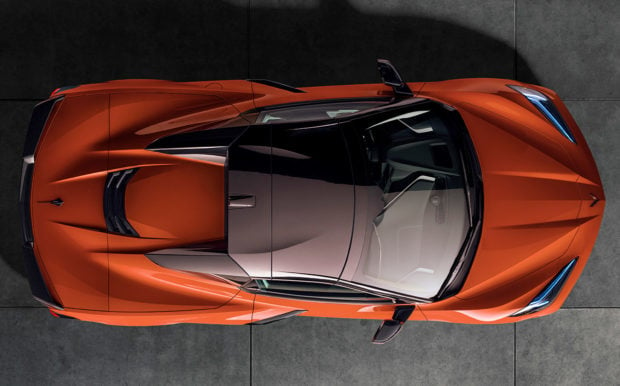 Chevy designers and engineers managed to pull off quite the feat here, preserving the car’s Batmobile looks with the top either up or down, while adding just 77 pounds to the vehicle’s weight. Beyond the $7500 premium the convertible demands, the only downside I can see is the loss of the see-through engine compartment – which is a pretty sweet feature on the Corvette coupe. 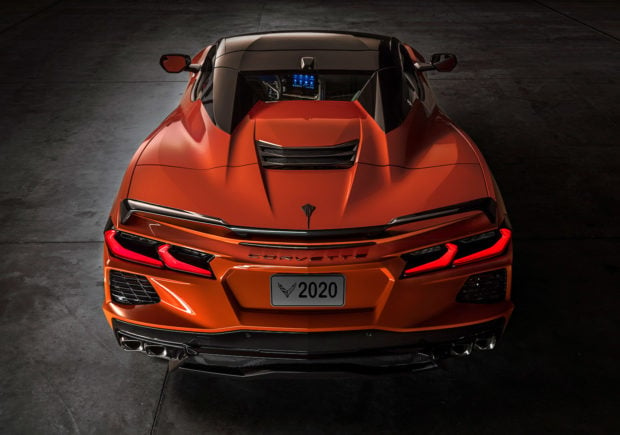 Buyers will soon be able to configure and pre-order Corvette Convertibles, with the choice of a body-colored roof, or metallic-painted “Carbon Flash” roof and nacelles are available as an option. The first vehicles are expected to hit buyers in early 2020.