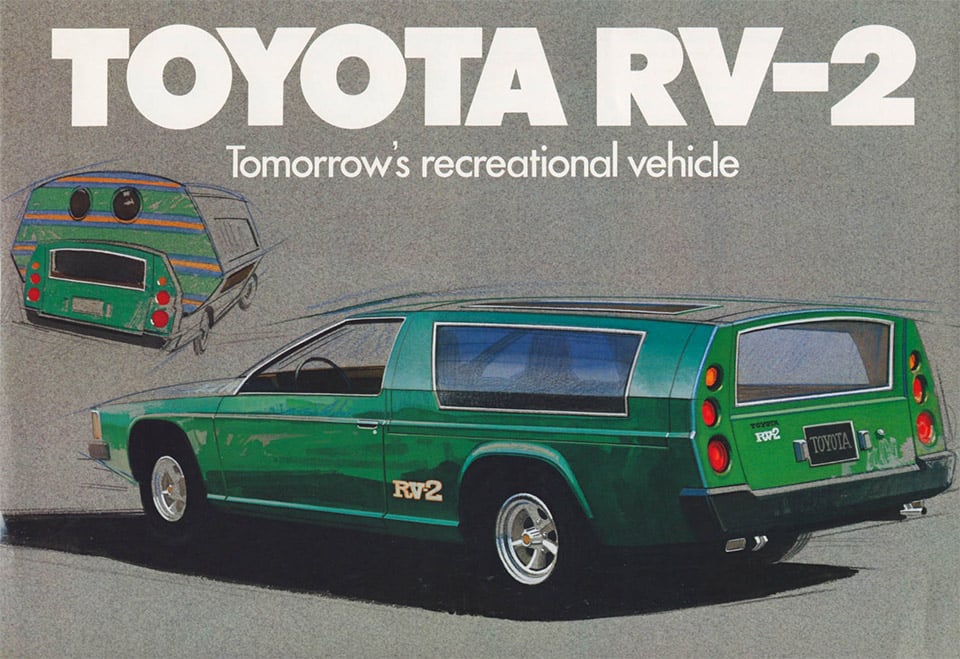 While most of today’s concept cars envision improvements to the driving experience itself, on occasion vehicles are seen as having a broader impact on one’s lifestyle. That’s the case with this unusual Toyota concept from the early 1970s. The Toyota RV-2 was envisioned as “tomorrow’s recreational vehicle.”

Described at the time by Popular Science as a “jazzy-looking station wagon,” this unusual vehicle had a low profile like compact sedans and station wagons, but concealed a complete sleeping area in the back. The rear section of the RV-2 hinged open to reveal a pair of narrow beds. The area could be left open if it was warm and sunny out, but a camper-style cover could also be attached to protect the occupants from the elements (and presumably, bears.) Interestingly enough, the front seats could also fold flat, providing beds for another two adults. 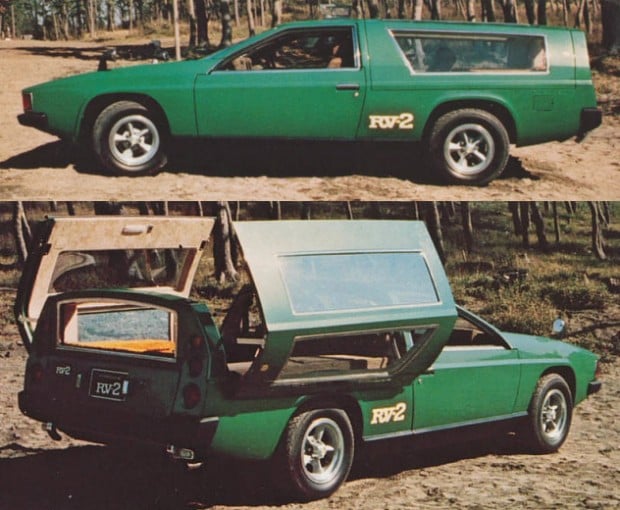 Apparently, the rear popped up high enough that you could sit back there and enjoy a meal, or a game of Go Fish. 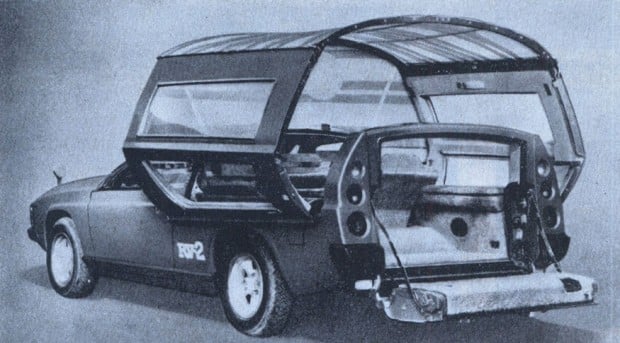 When not in use as beds, the interior components could be taken outside to form a table and bench-style seating. 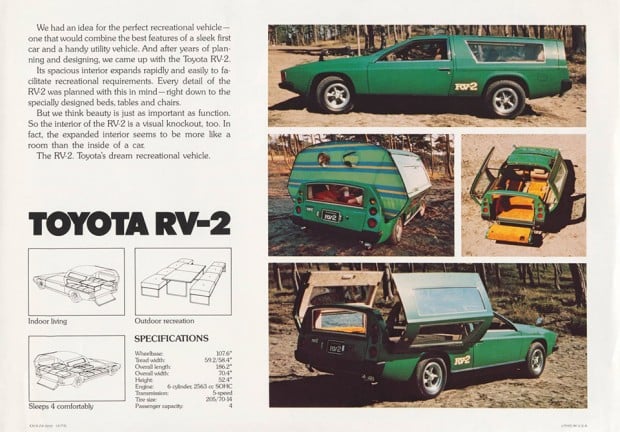 The RV-2 was a one-off vehicle that was shown during the 1972 Toyota Motor Show and 1973 New York International Auto Show. It was also featured prominently in the August 1973 issue of Penthouse magazine – as the ultimate shag-mobile. Even with the couple having sexytime in the back, it didn’t convince the public, and Toyota never put the RV-2 into production. 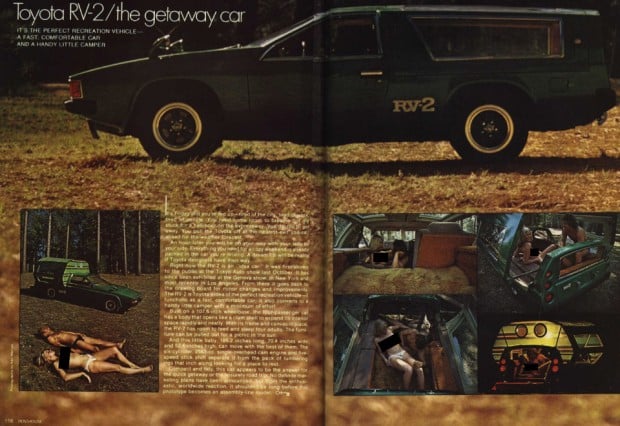