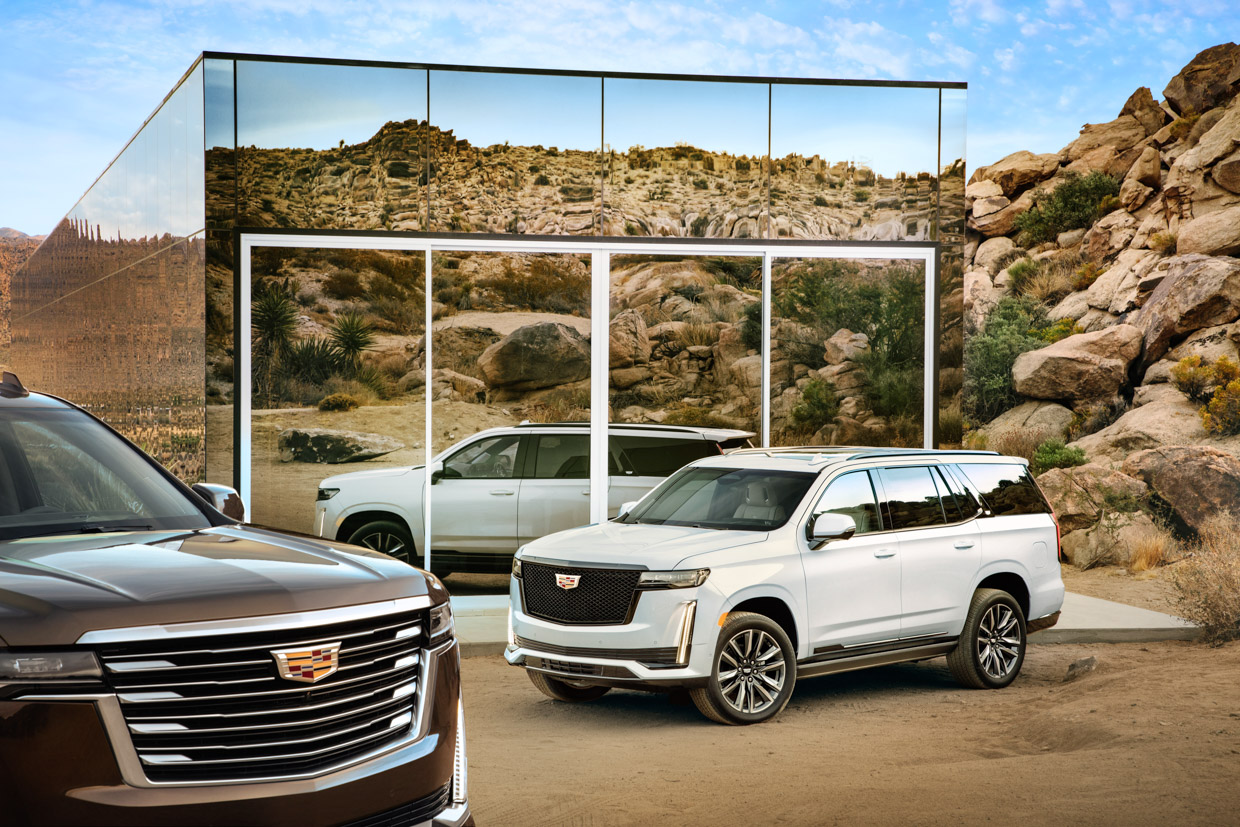 For many years, Cadillac was the brand that embodied the latest in technology at General Motors. But in recent years, the feature gap between luxury cars and mass-market vehicles has narrowed due to consumer demand and expectations for tech. So when you can buy an entry-level car with features like heated seats, blind spot monitors, and adaptive cruise control, it’s hard for someone like Cadillac to differentiate itself. That changes with the 2021 Escalade. 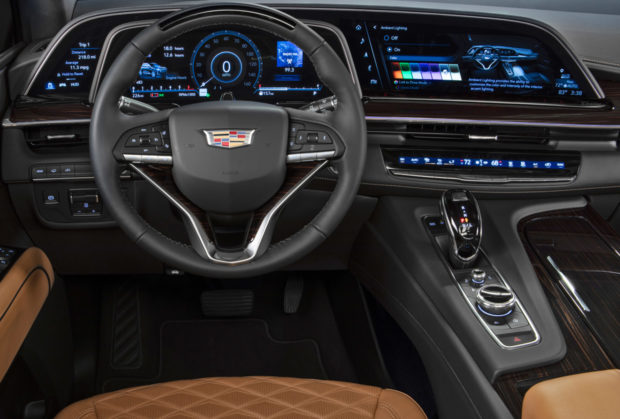 Sure, the new Escalade gets meaningful upgrades to its styling, drivetrain, and cabin space, but the big news comes in the technology it will offer. For starters, the 3-row SUV is the first production vehicle to ever feature a curved OLED screen in its dashboard. The ginormous 38″ digital display is comprised of three sections – a 7.2″ diagonal touch control panel to the driver’s left, a 14.2″ diagonal instrument cluster behind the steering wheel, and a 16.9″ diagonal touchscreen infotainment screen in the center of the dash. The display is said to have twice the pixel density of a 4K screen, for incredible crispness and clarity. 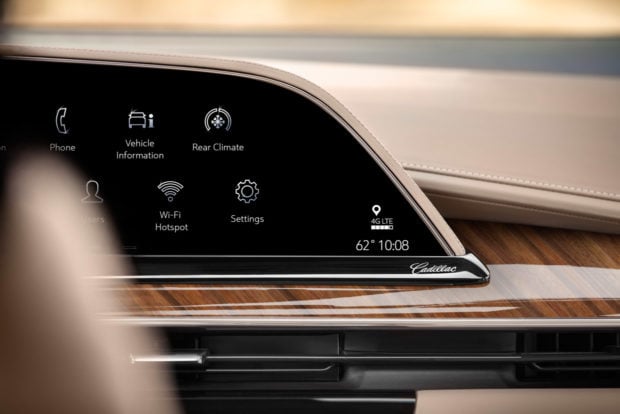 Since the display is OLED, contrast levels and color saturation are better than conventional LCD screens, and self-illuminating pixels mean there’s no need for a hood over the display to block out sunlight. I love the clean look that this creates, but I’ll be curious to see how the display brightness holds up when the low afternoon sunlight finds its way into the cockpit. 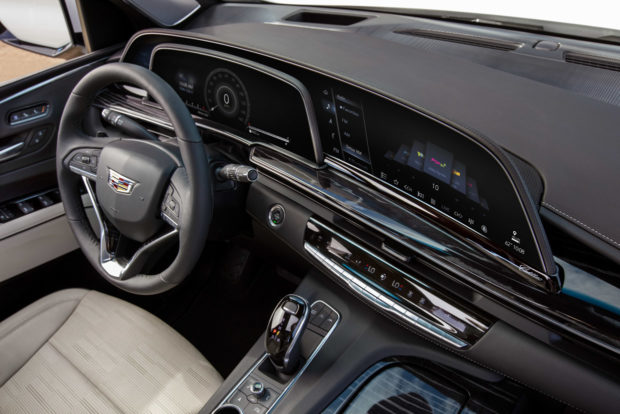 The big screen isn’t the only new tech coming to the Escalade. Cadillac will also offer an augmented reality navigation system that can display live street view and directional overlays on its heads-up display. The Escalade will also be available with Super Cruise, arguably the most impressive highway autonomous driving system on the market today. With Super Cruise enabled, the SUV will offer hands-free steering, acceleration, and braking on the highway. The latest version also can do lane changes on its own. The driver simply flicks the turn signal, and the Escalade will make sure it’s safe to get over and do the rest. For safety reasons, the Super Cruise system watches driver alertness and will only remain engaged if you’re paying attention to the road ahead. 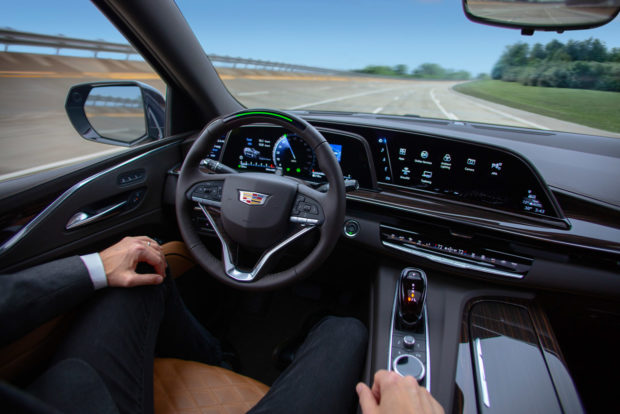 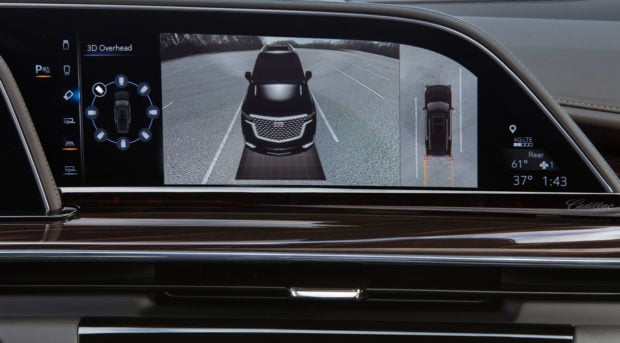 Last, but certainly not least is the Escalade’s top-of-the-line audio system. Cadillac teamed up with audiophile company AKG to create a 36-speaker studio reference sound system, powered by three amps which separate audio into 28 channels. The system offers 3D surround sound, individual audio controls for both front seat passengers, and a nifty feature which uses strategically-placed microphones to enhance communication between front and rear passengers. I can’t wait to hear how this system sounds. 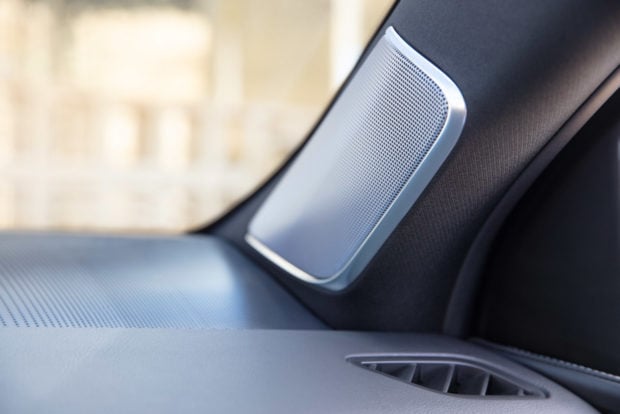 Kudos to Cadillac to reigniting the spark of innovation in its vehicles. Features and technologies like these will continue to elevate their lineup above the competition and to better differentiate them from other GM vehicles that share the same platforms. The 2021 Escalade will make its way into dealers this Fall. 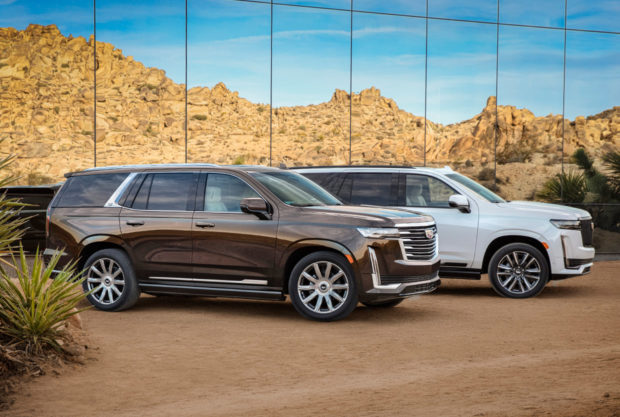