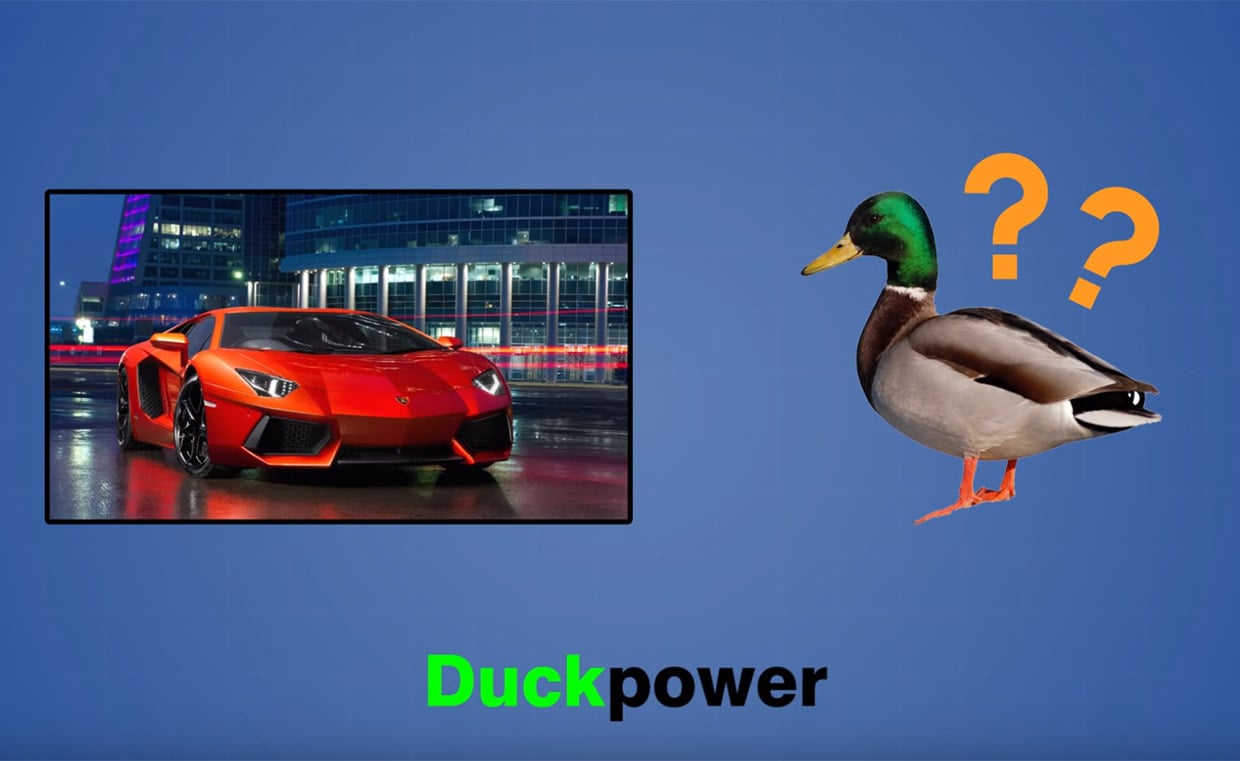 Everyone who drives a car understands the basic concept of horsepower as a way of measuring their vehicle’s engine capabilities. Counting power based on the pulling strength of horses dates back to the 18th century as a way to measure the output of steam engines, when it helped buyers understand how many draft horses they could replace with a given engine.

But is it possible to measure the power of an engine using the pulling force of other animals? Art of Engineering decided to take on just that question, as he investigated how to represent engine power using ducks instead of horses.

It turns out that it is quite feasible to convert from horsepower to duckpower using a simple formula based on the animals’ average mass. You’re looking at about 131.2 ducks to 1 horse, so simply multiply your horsepower figure by that, and you get the duckpower number. How many duckpower does your car make? Mine kicks out about 79,000 duckpower (after an ECU tune.)

Now, can we figure out engine output in catpower, dogpower, and mousepower?