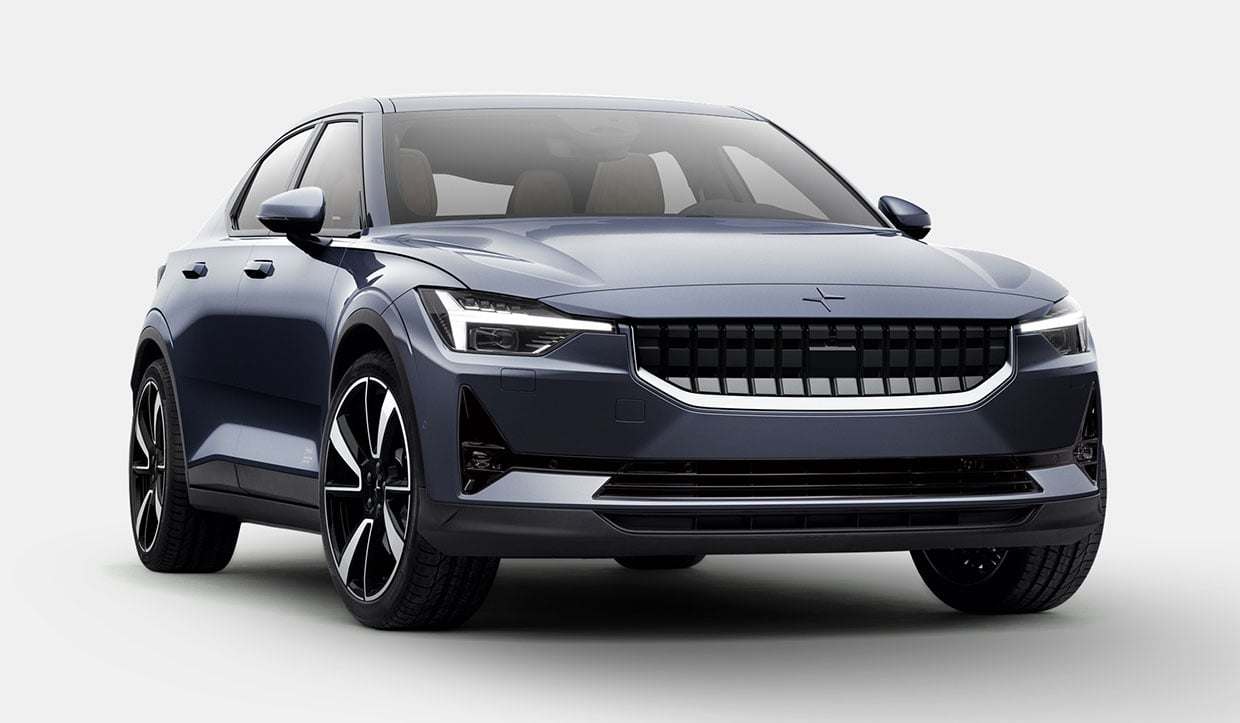 Volvo’s performance EV offshoot Polestar is readying the Polestar 2 for production later this year, and it looks like the EV could definitely give Tesla a run for its money. Powered by a 408 hp all-wheel drivetrain with 487 lb-ft. of torque, it’s sure to be zippy, and well, it just looks fantastic. Now, we have pricing information for the 5-door fastback sedan, and it’s actually lower than we originally thought it would be. 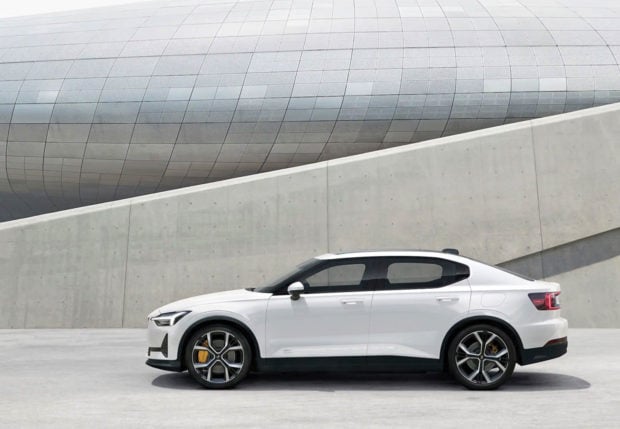 Polestar announced that the base price for the Polestar 2 will be $59,900 – that’s $3,000 less earlier quotes had it pegged at. Options for the car include a performance pack ($5,000) – which comprises Öhlins dual-flow dampers, optimized Brembo front brakes, 20″ polished alloy rims, gold valve caps, gold seat belts, and a high-gloss black roof segment; ventilated Nappa leather ($4,000); 20″ alloy wheels ($1,200); and metallic paint ($1,200). I went through the Polestar 2 configurator and managed to hit $70,100 for the most tricked-out vehicle I could equip. 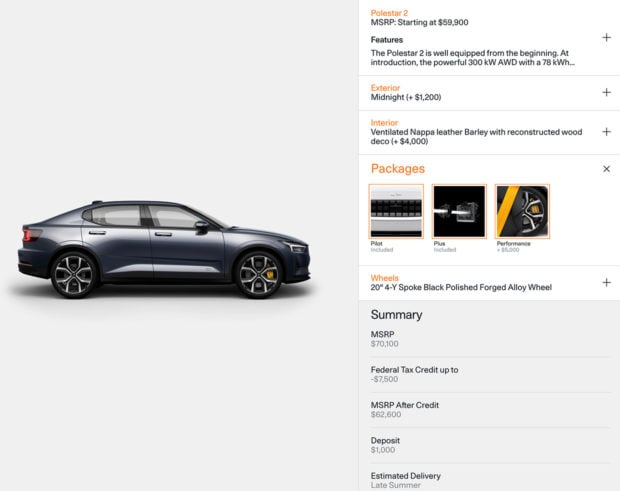 Keep in mind that those prices don’t include any government incentives, which can be up to $7,500 in federal tax credits from the IRS, plus state and local incentives, which can hit around $2,000. So if you play you cards right, the sticker price comes down by nearly $10,000 in tax credits. Buyers can reserve a Polestar 2 today for a $1,000 deposit. Deliveries are expected to start by Summer 2020.