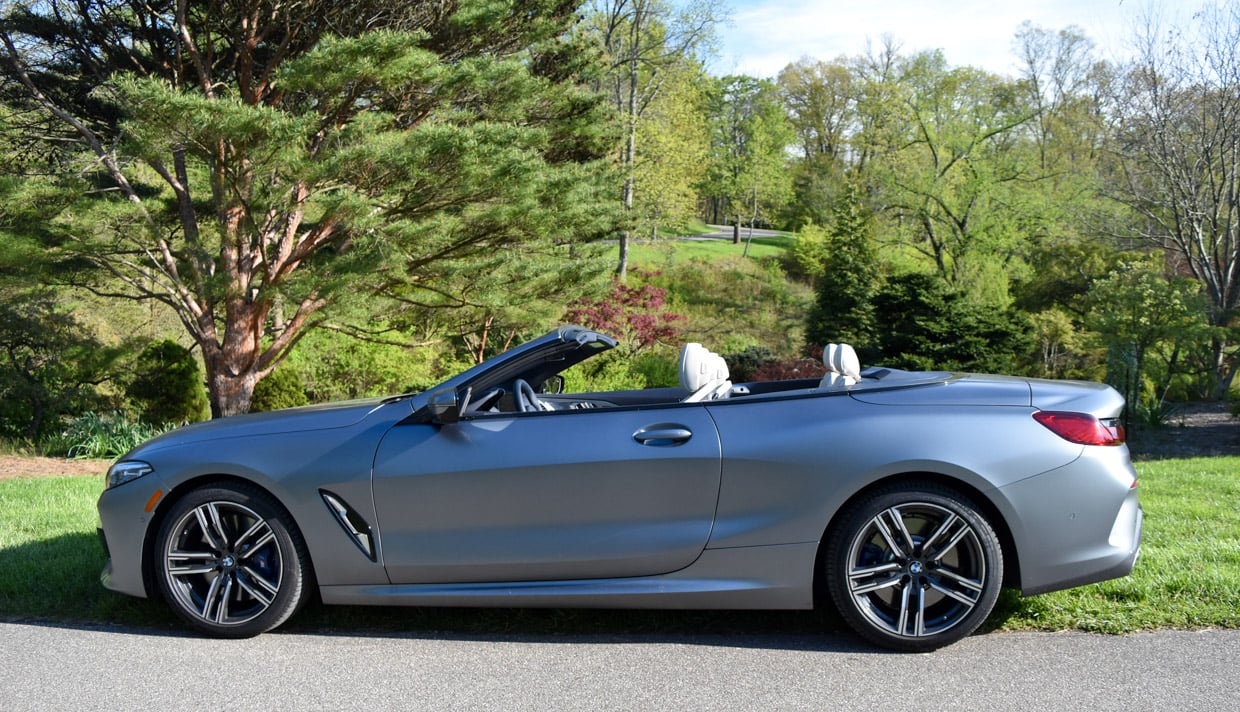 It’s not very often I get a chance to test multiple variants of the same vehicle. It’s nice when I do, as it really gives me a better perspective on its possibilities. So, when I got seat time in the 2020 BMW 840i coupe and then the convertible, I was very excited.

I have a thing for German luxury vehicles as it is, and I also have a thing for convertibles, so needless to say it was a great couple of weeks with these two luxury sports cars. I’ll be upfront and say that my bias toward convertibles might taint my review a little, but I do actually like coupes generally and am not usually put off by a two-door design. 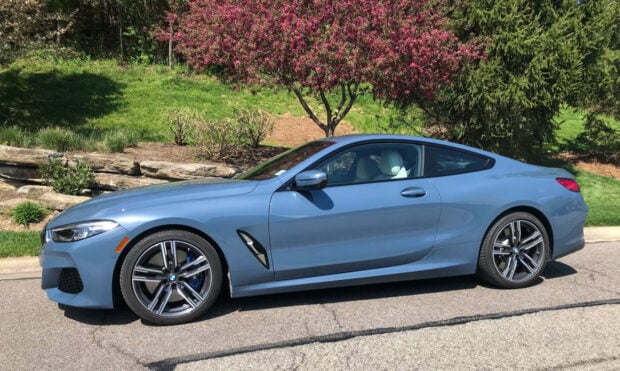 Aesthetically, I think coupe styling is attractive, as four doors tend to mess up the angles and the flow of the car. As such, the exterior of the BMW 840 in either variant, is almost a work of art. The grille is a classic, as nothing looks like a BMW. It screams class and luxury from the perfectly sized modern kidney grille to its well-proportioned LED headlights, which create a perfect balance on the front end. A deeply sculpted hood adds a slick, sporty vibe as do the air intakes with decorative emblems near the front tire. 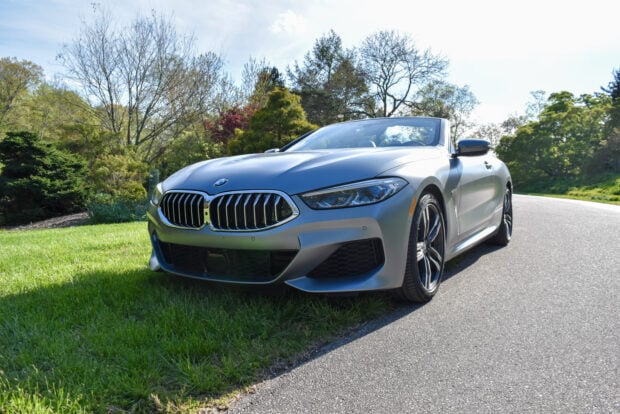 The back end of the 8-series is just as sexy as the front end. Dual exhaust pipes are part of the exquisite design, where the taillights flow perfectly from the side to halfway over the back panel. The overall appearance of the BMW 840i makes it one of the best-looking cars in the segment. 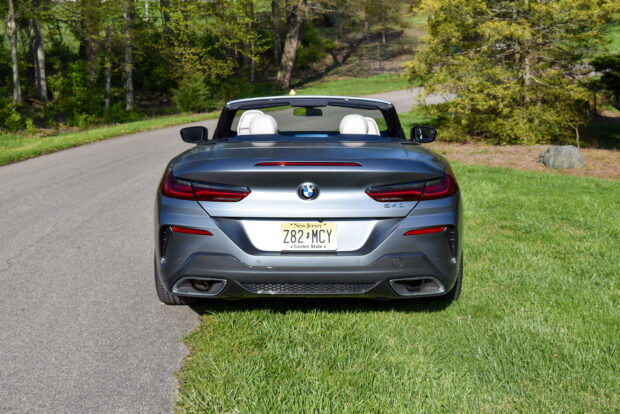 It’s impressive when the base engine (which is the tamest) still has incredible power and performance. The 840i comes standard with a six-cylinder turbocharged 3.0-liter engine. Both of my testers had the same engine. There are two other V8 engine options for other variants of the 840 including the 600-horsepower M8. Wow! Perhaps I’ll luck into things and get to drive that one too. 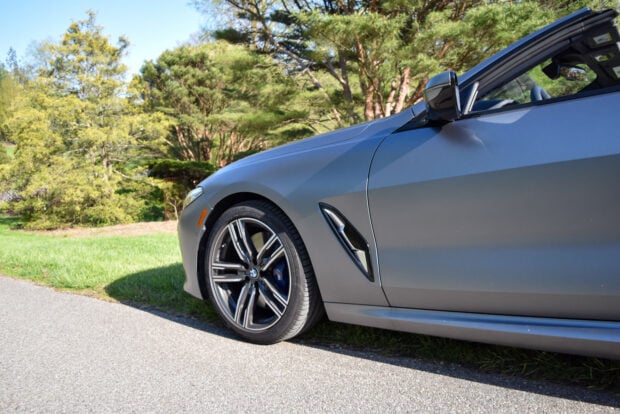 Nevertheless, both the coupe and convertible felt plenty powerful with the 335 hp engine. For a vehicle that weighs more than 4,200 pounds, the 840i is spry and agile. And even off the line, the heavier convertible doesn’t get bogged down. Overall performance is smooth and compliant. It’s not as exhilarating as something like an Audi R8, but perhaps the M8 version would be. As tested, the BMW 840i was a lot of fun to drive. The 8-speed automatic transmission does a great job handling all RPMs, and there’s little to no turbo lag. 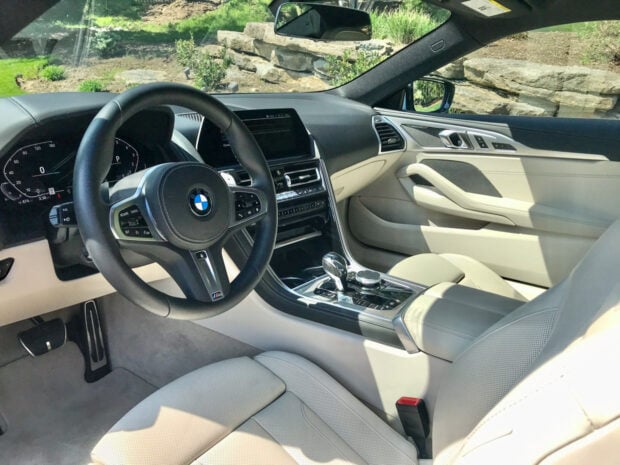 The interior is where some critics hold the lack of legroom and headroom against this car. I totally think that criticism is fair. The 840 is a big vehicle at 191.1 inches in length. But there’s only 29.5 inches of legroom in the back seat, and only 33.6 inches of head room in the coupe. There’s about an inch more of headroom in the convertible (with the top up). But, hey it’s a convertible, open the top and you have endless headroom. 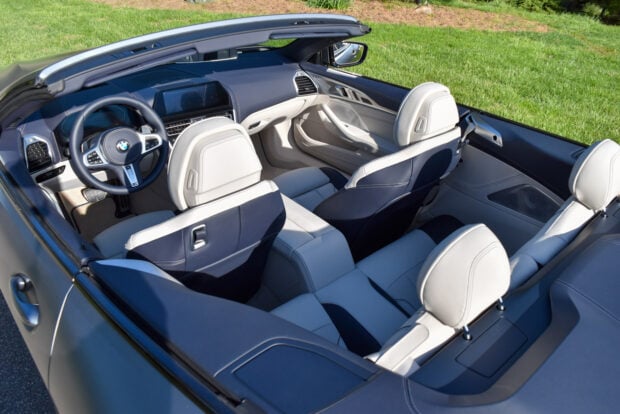 But, the lack of spaciousness in the back seat is really the only drawback to the BMW 840i. Otherwise there are high-quality materials found throughout, along with ultra-comfortable seats. Additionally, the Live Cockpit Pro is the epitome of awesome German technology. It reminds me somewhat of what Audi does with their infotainment system. It’s chock full of functionality with a little learning curve. But once you master it, you get all the perks from it and it looks great on the 12.3-inch touchscreen. The system is compatible with Apple CarPlay and Android Auto, and has a great Bowers and Wilkins sound system. You need a great sound system with a convertible too, so it was much appreciated. 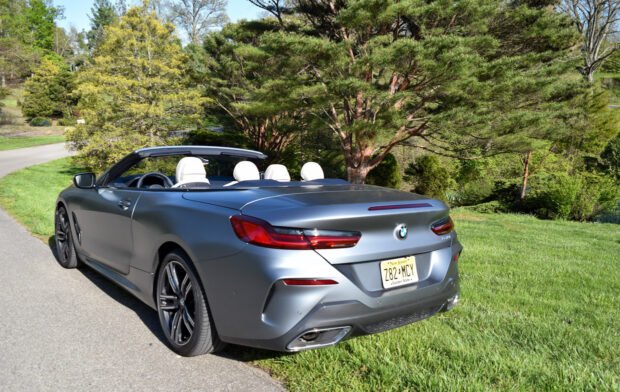 The coupe manages an EPA rating of 23 mpg/city and 30 mpg/highway. Meanwhile the convertible had an EPA rating of 22 mpg/city and 29 mpg/highway. I didn’t do a good job of tracking my average fuel economy because I was having too much fun getting into the accelerator and yelling whee with the top down and the wind in my face. That is the point of this car. It’s all about driving enjoyment. And the 840 in both coupe and convertible iterations is so much fun to drive. But, for me, I’ll take the open road with the top down and the ultimate in comfort and luxury every time over a coupe with just the windows down.