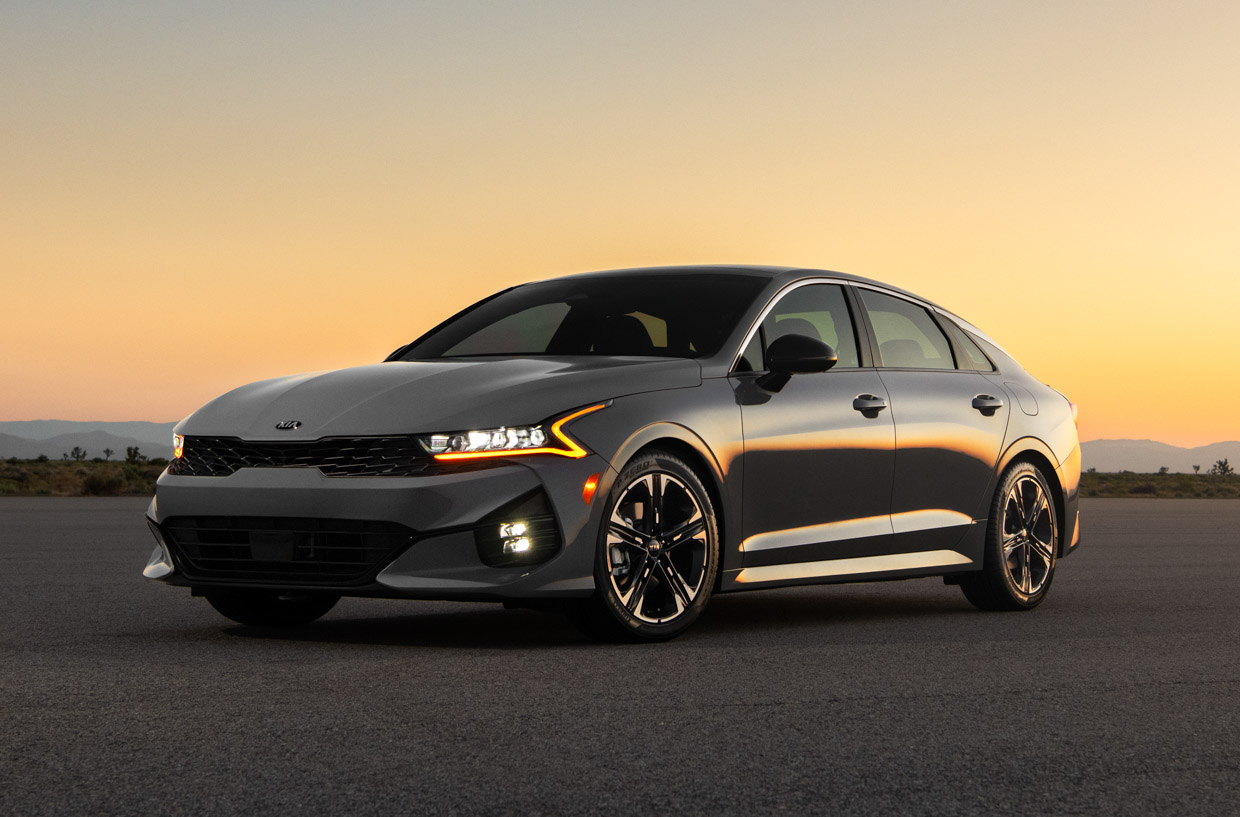 The Kia Optima has been a solid and worthy entry into the mid-size sedan segment, especially since its 2016 redesign. Since that time, both Honda and Toyota have completely redesigned their competing sedans, and now Kia and its corporate cousin Hyundai are out for blood. The new Sonata is definitely a looker, but Kia wants to differentiate itself by offering something a bit more sporty. Enter the 2021 Kia K5.

That’s right, the Optima moniker is gone, replaced by an alphanumeric code. But a name change means nothing if the car isn’t dramatically different. 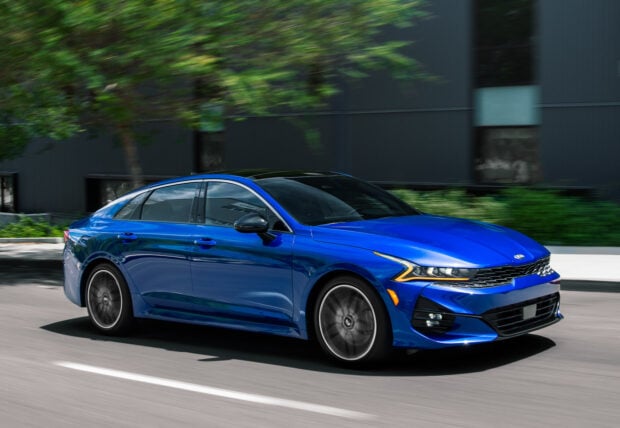 Built on an all-new platform known as “N3,” the K5 shares underpinnings with the new Sonata, but it has decidedly more sporty looks, regardless of the trim level you pick. Kia is definitely going in a more aggressive direction with styling here, and I like it. The new car is 2″ longer, 1″ wider, and 0.8″ lower than the Optima, its wheelbase has been extended by 1.8″, and its fastback looks draw clear inspiration from the Stinger GT. 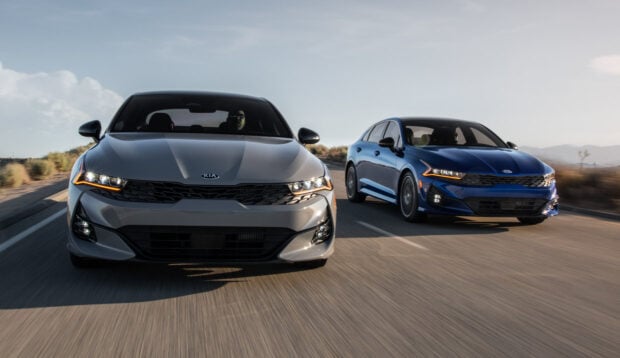 The K5 will be available with two different 4-cylinder turbocharged engines – a 1.6-liter model that produces 180 horsepower and 195 lb-ft. of torque, and a 2.5-liter that cranks out 290 horses and 311 lb-ft. of torque. The base engine has an 8-speed automatic transmission as standard. Combined with an 8-speed “wet” dual-clutch automatic, the sporty K5 GT can launch from 0 to 60 mph in just 5.8 seconds. While both engines will come standard with front-wheel drive, it’s interesting that only the smaller engine will offer an all-wheel drive option. 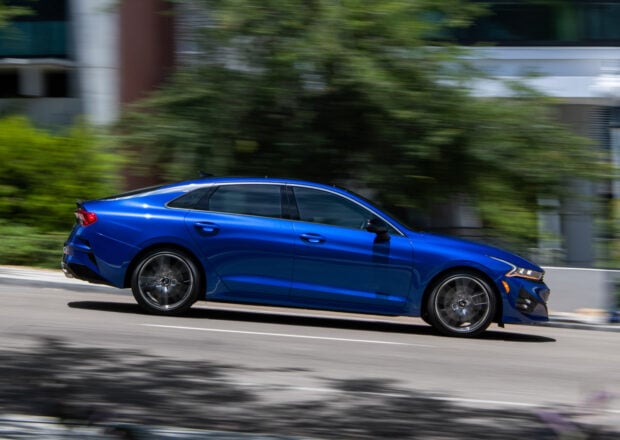 The streamlined new interior looks great, and can be equipped with either an 8″ or an ultra-widescreen 10.25″ touchscreen, with navigation and real-time traffic data. In addition the K5 will be the first Kia to offer wireless Apple CarPlay and Android Auto functionality. 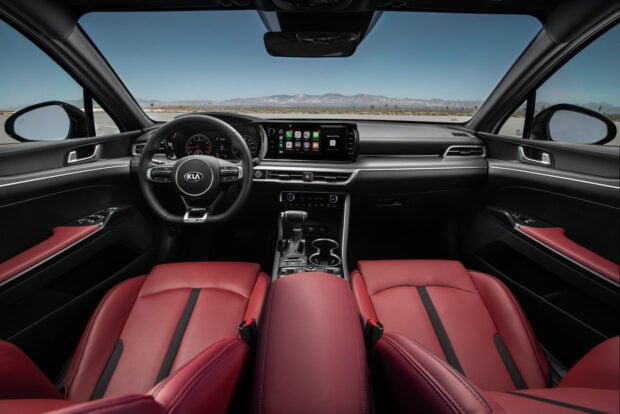 Trim levels include the LX, LXS, EX, GT-Line, and the GT. Like the Stinger, the GT-Line is strictly an appearance package, and still gets the base engine, while the top-of-the-line GT gets the more powerful drivetrain, as well as quad-tipped exhaust, 19″ rims, and a sport-tuned suspension, in a package that could give the Toyota Camry TRD a run for its money.