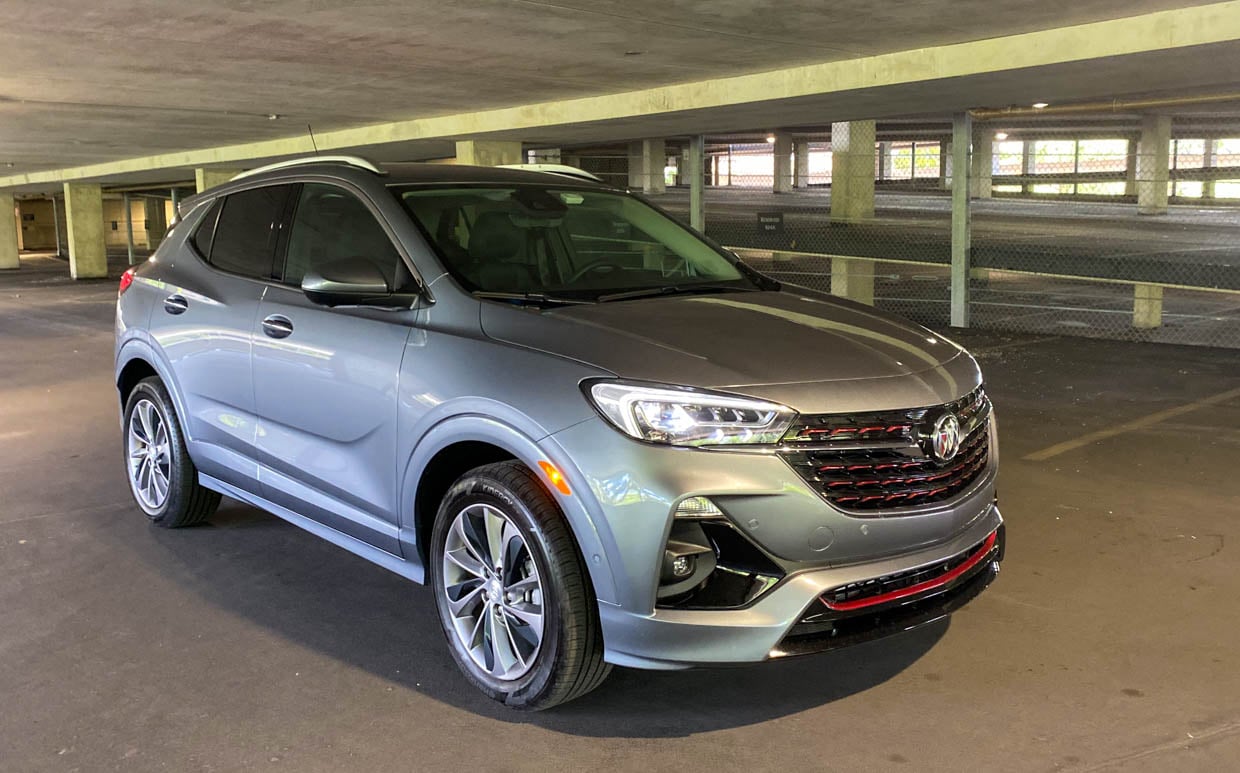 Not too long ago, I spent a week driving the 2021 Chevrolet Trailblazer and rather enjoyed the little crossover. Now, I’ve taken some time to test out the Trailblazer’s cousin, the Buick Encore GX. The two vehicles share a platform, drivetrain, and other core attributes, but each model has decidedly different aesthetics, and the Buick gets access to a few additional tech features not found on the Chevy.

Oddly, the inaugural Encore GX is being sold as a 2020 model, while the Trailblazer is a 2021 vehicle, despite coming out at just about the same time. Slotted in between the Encore and the Envision, the Encore GX is definitely on the smaller side of the crossover universe, but still big enough to transport five adults. 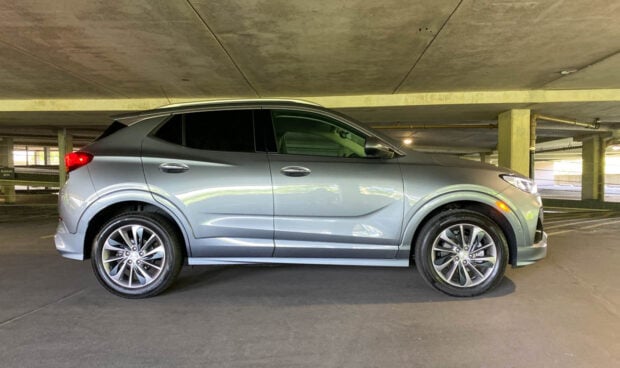 The GX comes in three trim packages, the base Preferred model, the mid-grade Select, and the top-of-the-line Essence, which gets such niceties as real leather seats, LED headlamps and taillamps, and a heated steering wheel. That’s on top of the heated front seats, and dual-zone climate control that comes with the Select model. From an exterior perspective, all three trims look virtually identical, though the Essence gets chrome accents on the front and rear bumpers. That is unless you opt for the unique Sport Touring package, which adds some refreshingly bold red and black accents to both the front and rear of the vehicle, body-color lower cladding, and high gloss 18″ alloy rims. 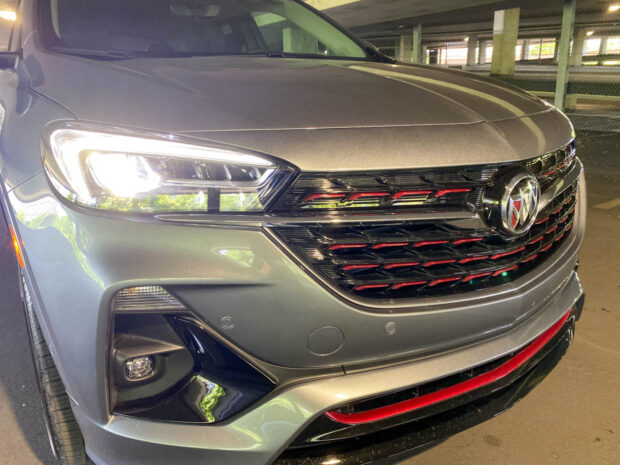 Under the hood, you can choose from a 1.2-liter turbocharged 4-cylinder engine that makes 137 horsepower, or a 1.3-liter turbo-4 that cranks out a slightly more zesty 155 horses. The 1.3-liter is a $395 upgrade option on both the Select and Essence trims, but not available on the Preferred. A CVT comes standard on all front-wheel drive models, while a 9-speed automatic comes with the all-wheel drive models, which only come with the 1.3-liter. I’ve not driven the 1.2-liter on either the Trailblazer or the Encore GX, but I’m a fan of the 1.3 for sure. In the case of the Buick, I drove it with the CVT rather than the 9-speed and found it to be plenty zoomy, if not quite as sporty in its tuning as the 9-speed in the AWD Trailblazer I drove previously. The difference is negligible, however, and both transmissions are more than up to the task of delivering on fuel economy and providing a responsive feeling. 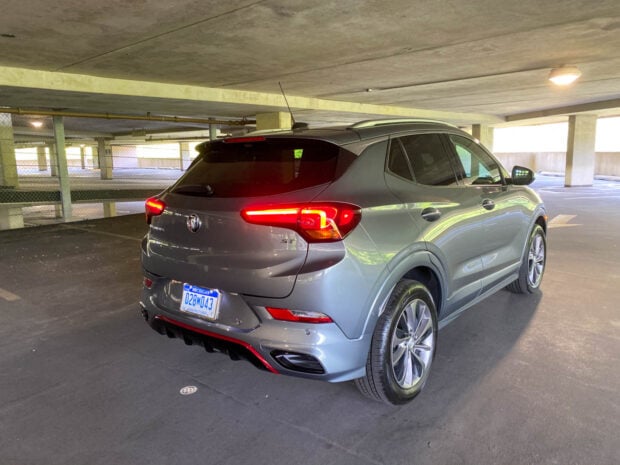 Overall ride quality is quite pleasant, with the suspension providing good feedback without being too harsh. Steering feel is pretty neutral – not too heavy or light, and body roll is well controlled, offering a good feeling of confidence when cornering or coming around a curvy off-ramp. Road and wind noise are well controlled in the cabin too. Like the Trailblazer, the fuel-saving auto stop-start system is nice and unobtrusive, so I didn’t feel the need to disable it as I do in some vehicles. 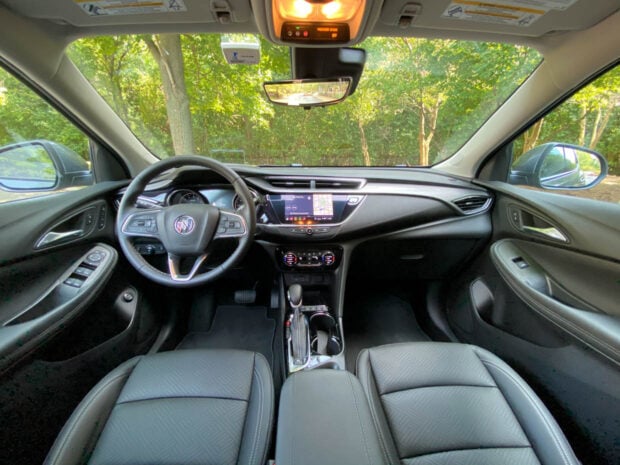 Every Encore GX comes with a standard 8″ touchscreen display with Android Auto and Apple CarPlay support. Add on the $1790 Advanced Tech Package, and you’ll get an HD surround view camera for negotiating parking spaces, adaptive cruise control, navigation, and a heads-up display, which while serviceable, uses a small retractable screen that’s not as elegantly integrated as other HUDs that project directly onto the windshield. 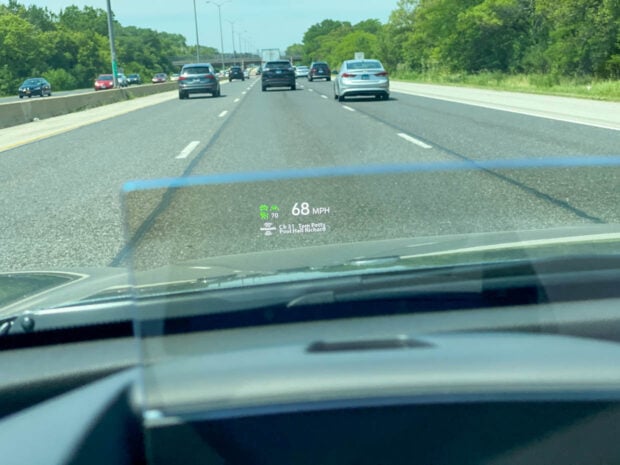 A digital rearview mirror and wireless charging are also available as part of the $770 Convenience Package. I’m a big fan of Chevy’s crystal-clear digital mirrors, as they greatly improve visibility with a wider field of view than a conventional mirror, and no worries about tall passengers or cargo blocking your view out of the back window. 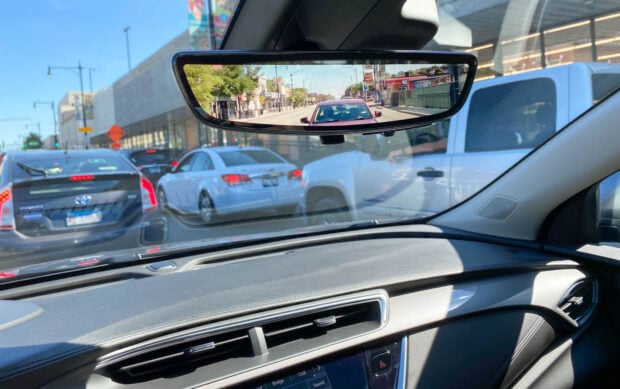 Both the front and rear seating rows offer good comfort and support, though I noticed that the second row doesn’t have as much legroom as the Trailblazer offers. What I didn’t realize until I compared all of the specs in detail is that the Buick is about 2 inches shorter than the Chevy, resulting in a loss in both legroom and cargo capacity. It’s not dramatic, but you’re looking at 36 inches of legroom in the second row for the Encore GX vs. 39.4 inches in the Trailblazer. On the other hand, the Buick’s leather seats offer a jump in quality from the Leatherette seats in the top-end Chevy. 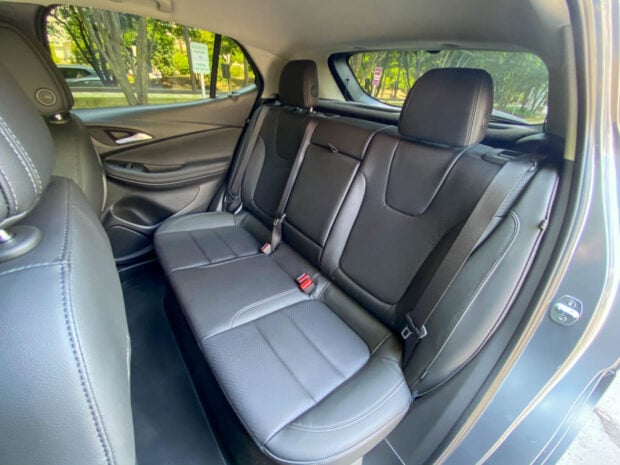 Cargo capacity behind the second row is 23.5 cubic feet. With the second row folded, that jumps to 50.2 cubic feet. For added versatility, the front passenger seat can fold down flat, allowing for easy transportation of longer items like lumber, skis, or even a kayak (though a 10-footer would stick out of the liftgate by a couple of feet). The cargo area offers an underfloor storage area as well, which provides a home for the temporary spare tire and jack, and room for other small items you want to keep out of sight, such as tools. The optional power liftgate is a nice convenience but does add $520 to the sticker price. 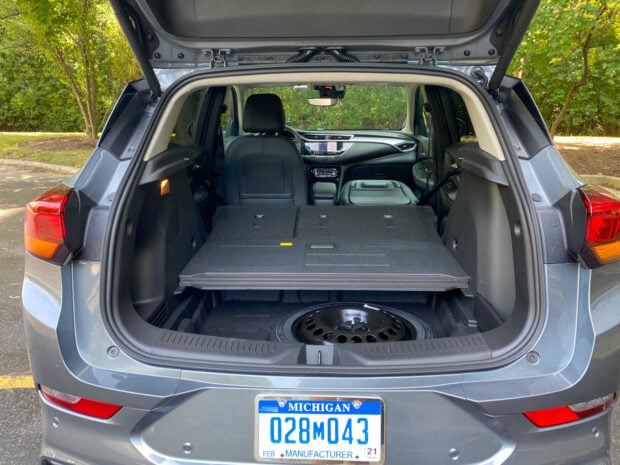 Overall, I really enjoyed my time with the Buick Encore GX, and think it’s a solid entry into the compact crossover space. Buick has done a good job differentiating from its Chevy relative with unique styling, upscale materials, and additional tech, though the shorter overall length and wheelbase is a puzzling decision that takes away valuable interior space. When it comes down to it, both the Encore GX and Trailblazer are two very fine little rides, and ultimately, styling and the price difference to drive buying decisions. 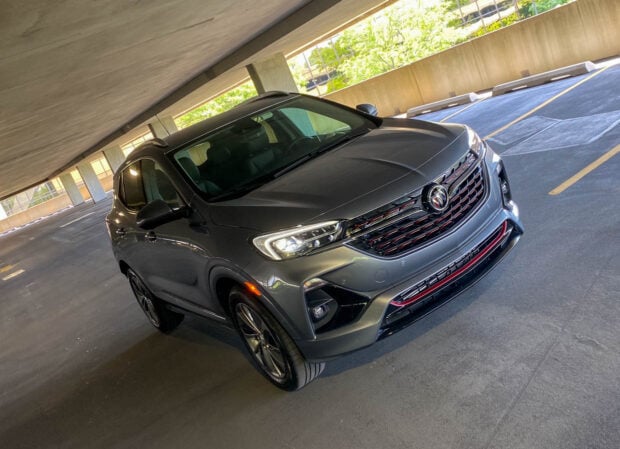