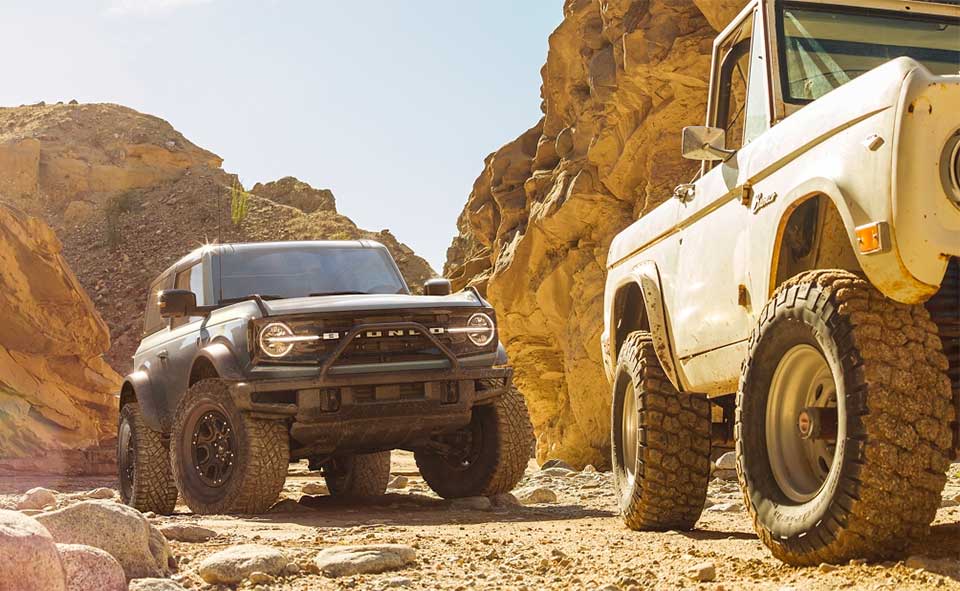 Bronco Nation reports that Ford was spotted testing a prototype Bronco in Moab, Utah, fitted with 35-inch tires and a manual transmission. The 35-inch tires are only available in the Sasquatch package on the Bronco. According to the site, the Bronco test mule wearing the 35-inch tires was previously seen testing with 33-inch tires.

It makes no sense that Ford would not allow buyers to pair the manual and Sasquatch package. There will undoubtedly be a number of buyers who want the stick and Sasquatch just as there are numerous buyers who purchase the Jeep Wrangler Rubicon with a stick.