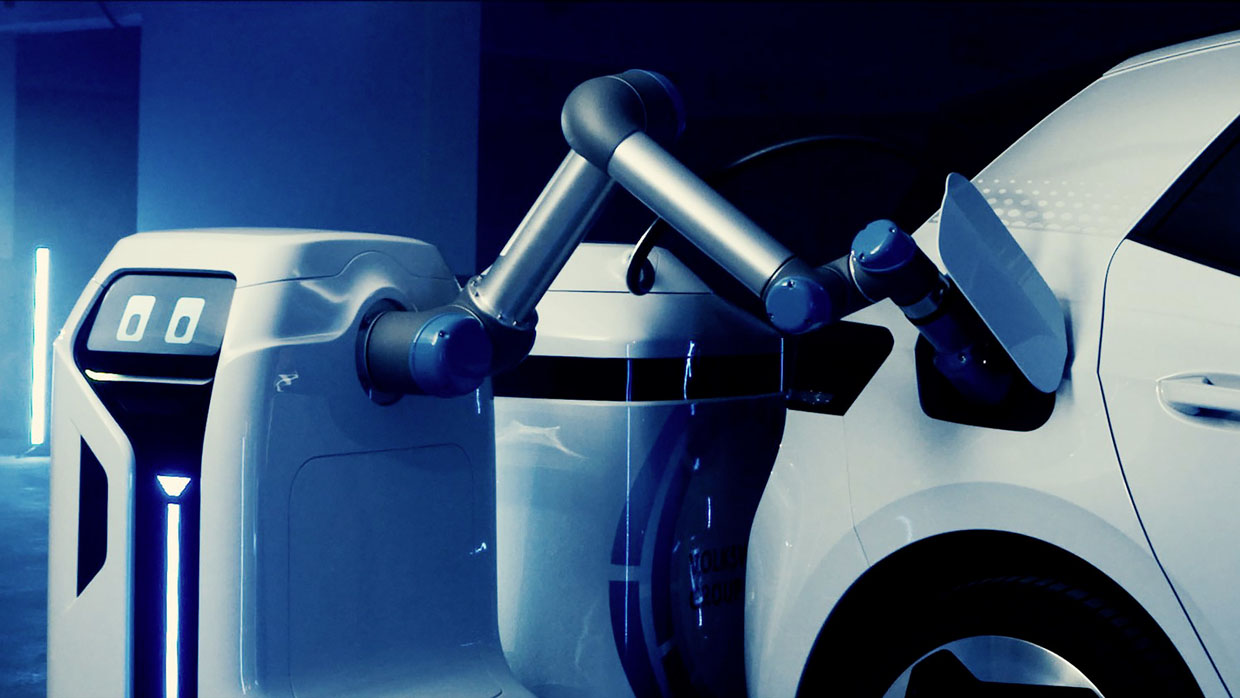 Volkswagen has unveiled a prototype of a robot that could be exactly what the EV market needs. One of the biggest challenges facing the adoption of electric vehicles today is the charging infrastructure. Many people simply don’t have access to charging stations at home or the office,  and parking garages often don’t have enough available charging spots.

VW’s mobile charging robot is one way that the automaker believes it can expand the mobile vehicle charging infrastructure quickly. The robot would be able to conduct fully autonomous charging of vehicles in restricted parking areas, such as underground garages, apartment complexes, or business parking lots.

The robot’s mobility would mean EV vehicle owners could park in any space and have the charging station come to them. The charging robot would be started via an app or car-to-x communication. The robot would independently steer to the vehicle to be charged and communicate with it, including getting the vehicle automatically open the charging socket flap. It would connect the charger plug, charge the vehicle, and decouple the plug when finished.

One of the more exciting aspects of the charging robot is that it has a removable energy storage unit. It would be able to leave the battery pack with the vehicle to be charged, go pick up another pack, and repeat the process with other electric vehicles.