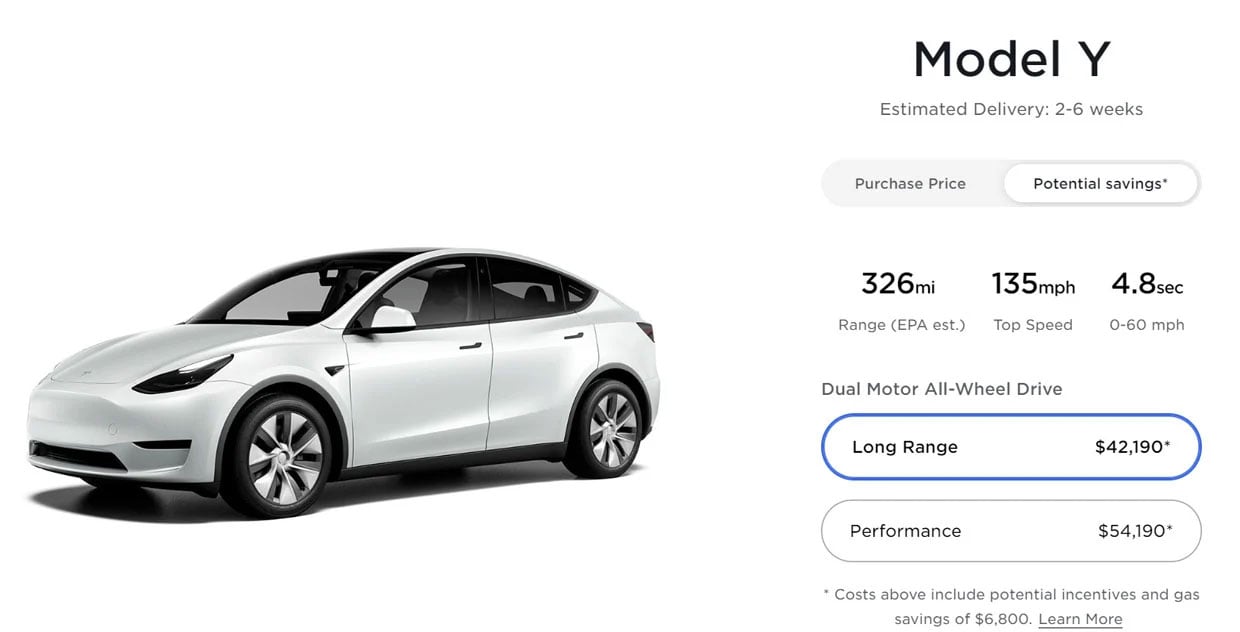 There is no indication of exactly why the standard range version is no longer available. There certainly the possibility that the reduced price resulted in so many orders it had to stop taking them for a time. The standard range version of the Model Y sold for $42,000 for starters with a range of 244 miles. As of this writing, the only versions available on the Tesla website are the Long Range Model Y starting at $48,990 and the Performance version starting at $60,990 (before Tesla’s estimated $4300 in fuel savings.)

Tesla has offered no insight into why it stopped taking orders for the vehicle. As the standard range version was removed front the website, Tesla also reduced the price of the long-range all-wheel-drive version by $1000, bringing it to the new $48,990 price.