2022 Chevrolet Silverado ZR2 Has Been Secretly Racing Since 2019 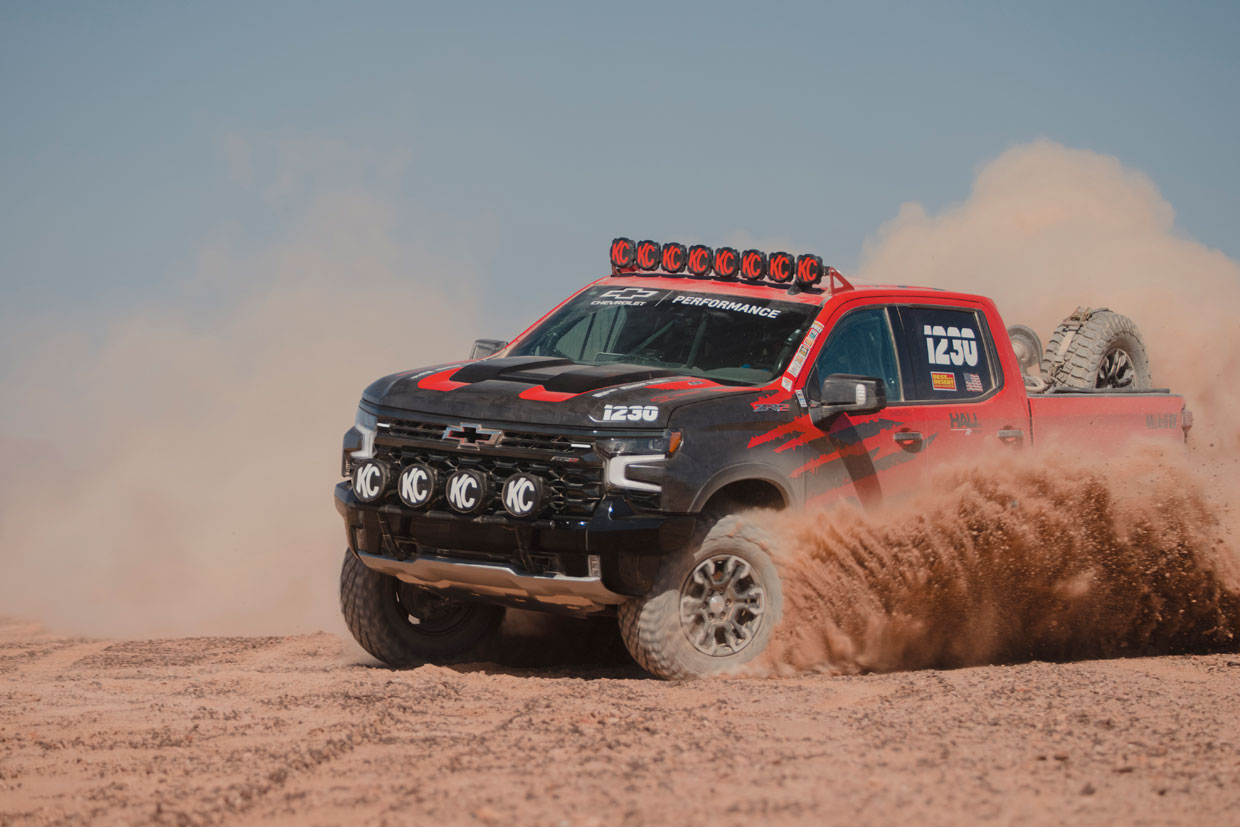 Chevy’s new 2022 Silverado ZR2 is already a race-proven vehicle. It turns out that Chad Hall has raced a pre-production version of the ZR2 in the Best In The Desert off-road racing series since 2019. Hall and his race team have worked with engineers at Chevy to test and validate the truck’s off-road performance in extreme environments. What they learned from racing, they used to build and develop components for the production vehicle and performance parts.

Since the pre-production truck began racing in the series, it has competed in 10 sanctioned races. Most of the components of the race version of the truck and the production ZR2 are the same, including the 420 horsepower V8, transmission, frame, differentials, transfer case, and skid plates.

The official race debut for the ZR2 happened this week and involved updating the truck’s sheet metal to look like the production truck.