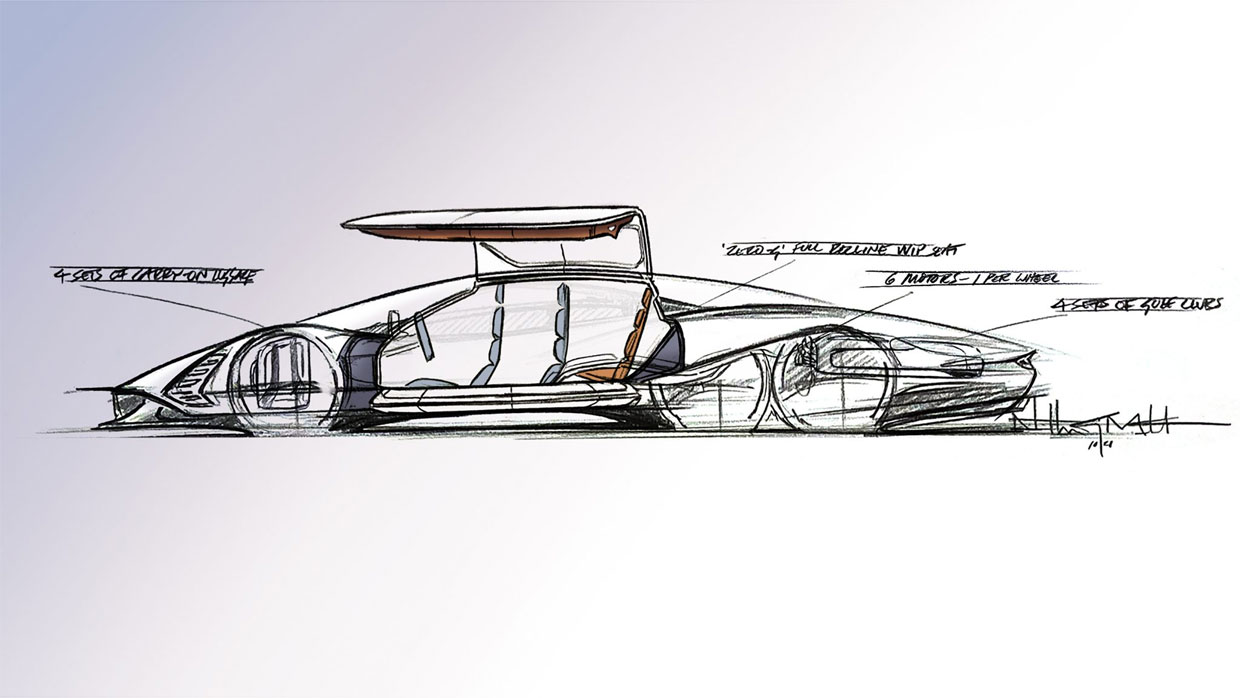 Hennessey has announced a new project that it will work on following the completion of its Venom F5 hypercar production. Next up will be the company’s first electric vehicle, called Project Deep Space. Hennessey says that it expects Deep Space to be the world’s quickest accelerating four-seater from 0-to-200 mph. To help the vehicle achieve the monumental grip needed to put its monster horsepower to the ground, it has six wheels. Each of those wheels has its own electric motor.

The vehicle has gullwing doors and will be made with a carbon fiber chassis and body panels. The cabin will hold four people in a diamond seating arrangement with the driver centrally positioned. In the rear, a lie-flat seat will bring private jet-style luxury to the Hyper-GT car – though why you’d want to lie flat and take a nap while going 200 mph is anyone’s guess. Hennessey also says the vehicle will have enough room to carry four sets of golf clubs and luggage. 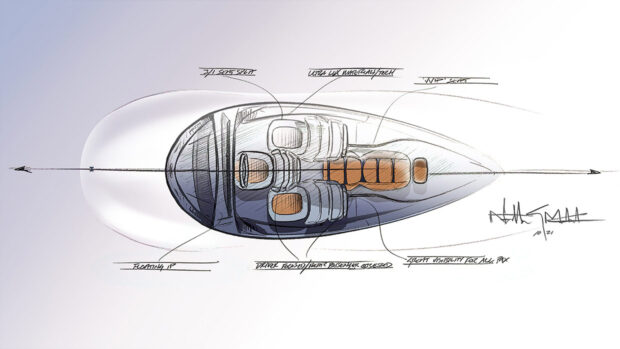 Hennessey plans to build only 105 Project Deep Space vehicles. Production will begin in 2026 with prices starting at $3 million. Full specifications for the vehicle will be announced at a later date.