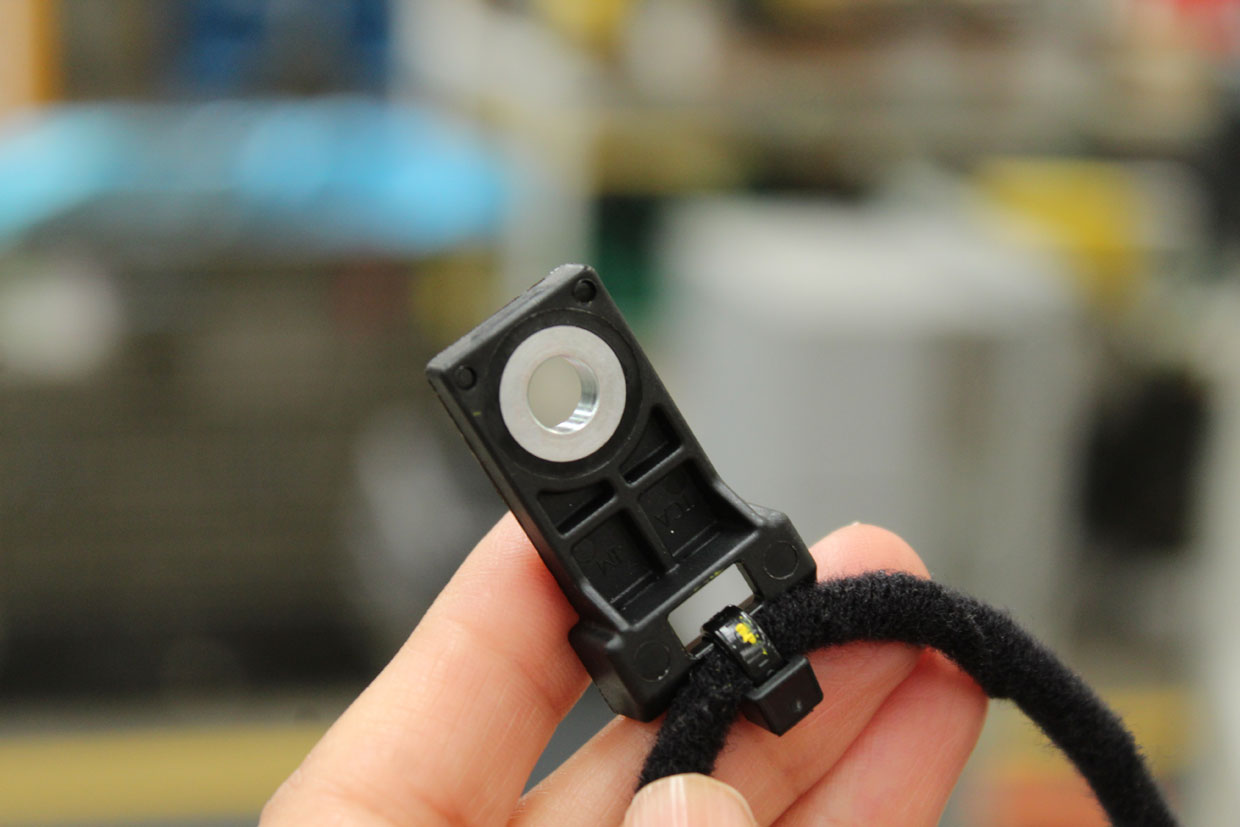 One of the biggest industries in the world is fishing in the oceans. Commercial fishers often use plastic nets to catch fish in large quantities. Many of those nets are lost in the seas or discarded when torn, leading to significant amounts of pollution and the death of many marine animals caught in the nets.

Ford has announced that it is the first major automaker to use 100 percent recycled ocean plastic to make a production car part. The wiring harness clips used in the 2021 Bronco Sport are made from recycled ocean plastic. They are used to fasten the side of the second-row seats and guide wires that power the side curtain airbags. 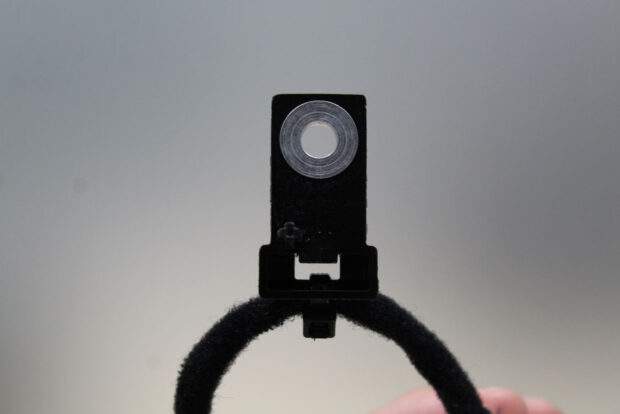 The plastic saves Ford 10 percent on the cost compared to petroleum-based parts and requires less energy to produce. Ford says the material is a strong and durable as petroleum-based clips despite spending significant time in saltwater and sunlight. 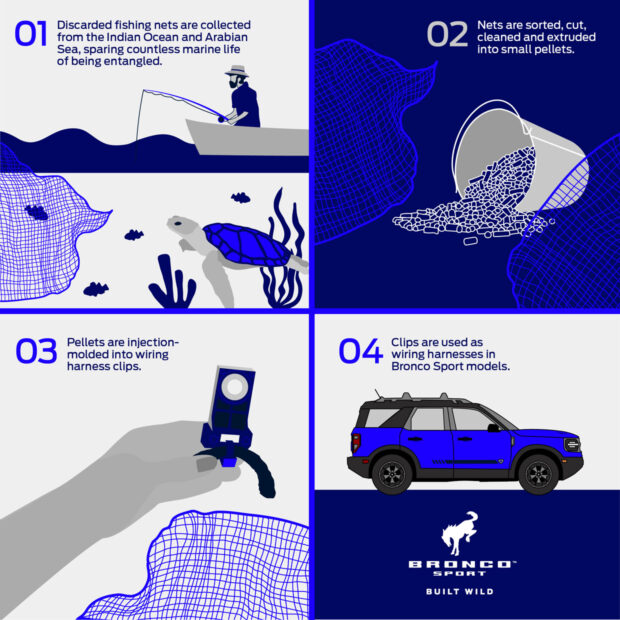 The recycled plastic is collected from the Indian Ocean and Arabian Sea by DSM Engineering Materials. The plastic collected from the ocean has been used to create a range of consumer goods, but Ford’s use marks the first time in the automotive segment. Ford plans to produce additional parts using recycled ocean plastic, including transmission brackets, wire shields, and floor side rails. 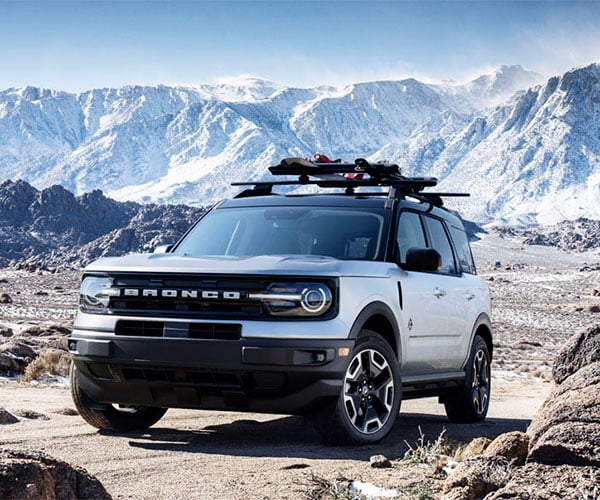