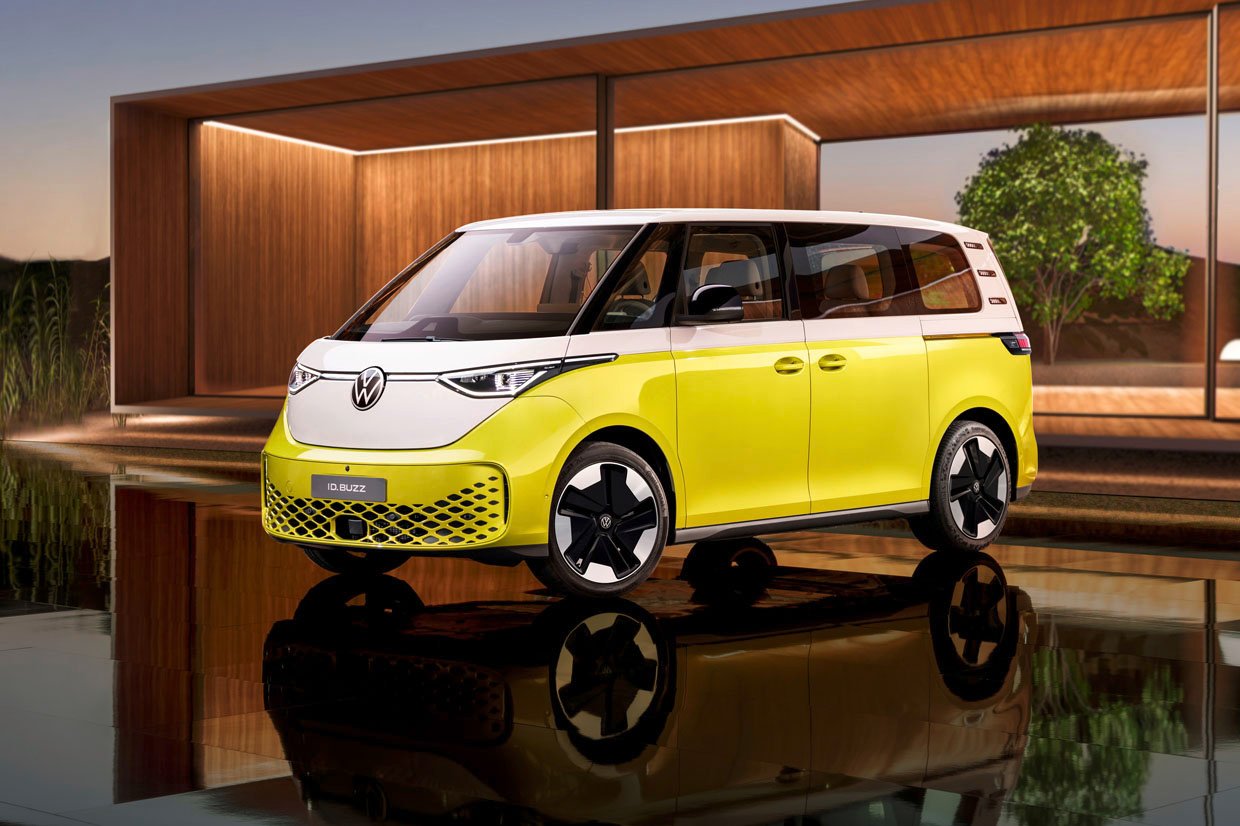 After a lot of teasing, Volkswagen has officially revealed the 21st-century remake of its classic Microbus, the ID. Buzz and ID. Buzz Cargo electric vans.

The EV utilizes Plug & Charge technology allowing it to charge at up to 170 kW. European versions will get a 77 kWh battery pack powering a 150 kW electric motor driving the rear wheels. The battery is a lithium-ion unit promising to charge from 5 to 80 percent about 30 minutes with a 170kW DC quick charger. 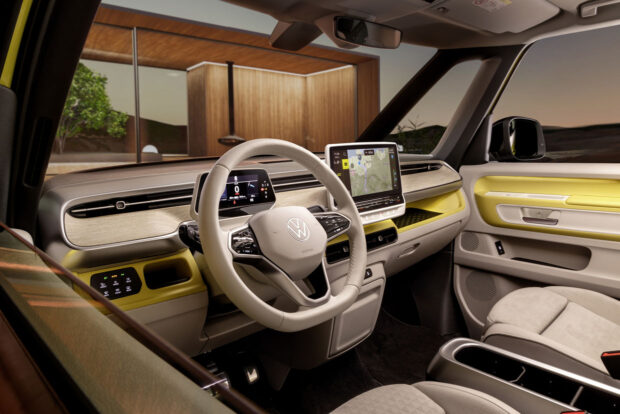 The ID. Buzz is also capable of bidirectional charging, which can provide power to a home or business during an outage. The vehicle’s overall design is heavily reminiscent of the iconic Volkswagen buses produced decades ago and is still popular with collectors. The compact van is designed to carry five passengers and has 39.6 cubic feet of cargo space with the seats in use. The second-row seats fold down to accommodate 77.9 cubic feet of cargo. 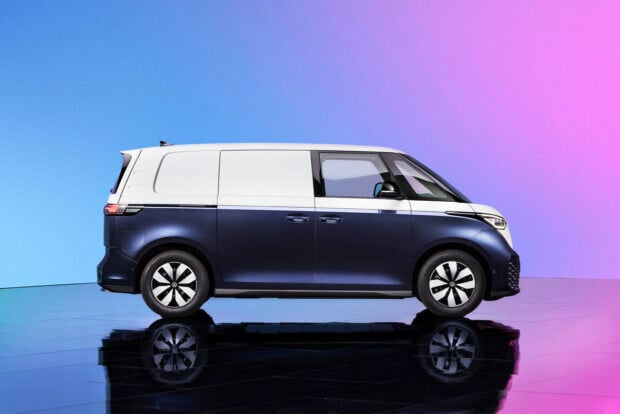 Buyers can option the work-friendly ID. Buzz Cargo with two or three seats in the front, and it features a partition to separate the cargo space from driver and passengers. The Cargo version has enough room for two loaded euro pallets behind the seats. 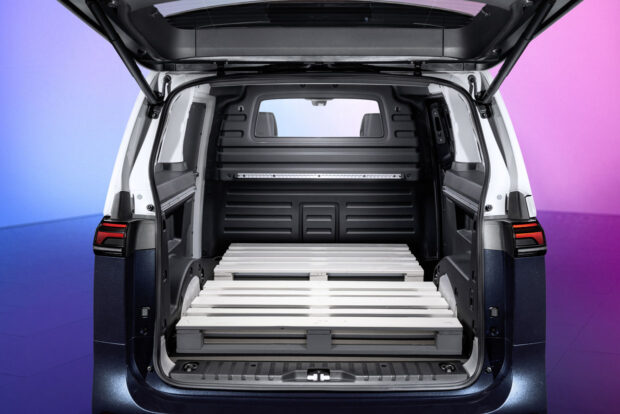 Both versions will launch in select European countries this fall, with some able to place orders starting in May. The US and Canada will get the ID. Buzz passenger version only, with a long-wheelbase 3-row version to follow. Pricing has yet to be announced. 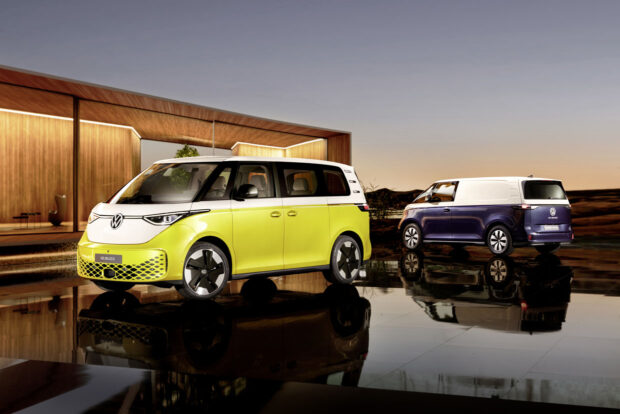