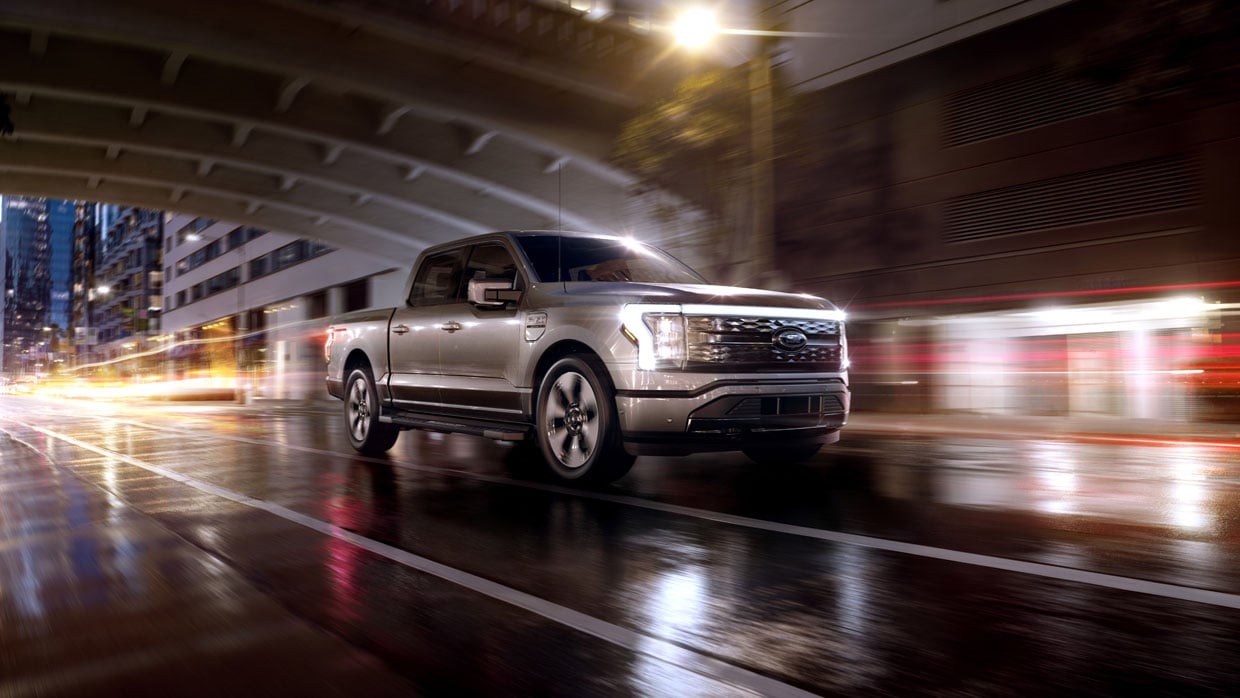 Someone has posted what they claim to be official F-150 Lightning window stickers on the f150gen14 forums. The stickers show the official MSRP for three versions of the Lightning and the EPA driving range, and MPGe ratings for the truck. The first window sticker offers details for the F-150 Lightning Platinum showing a total MSRP of $93,874 for what appears to be a fully loaded truck. The sticker promises a 300-mile driving range per charge and MPGe ratings of 73 in the city, 60 on the highway, and 66 combined. 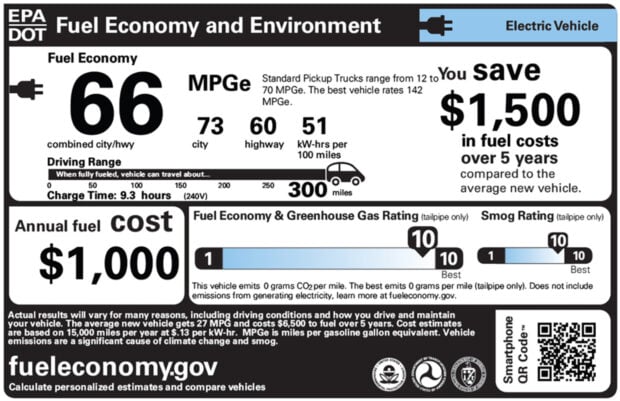 A base Lightning with the extended range battery pack shows a total MSRP of $50,374. It has the longest driving range of all three versions, quoted at 320 miles per charge. MPGe ratings for the extended range truck are 78 in the city, 63 on the highway, and 70 combined. 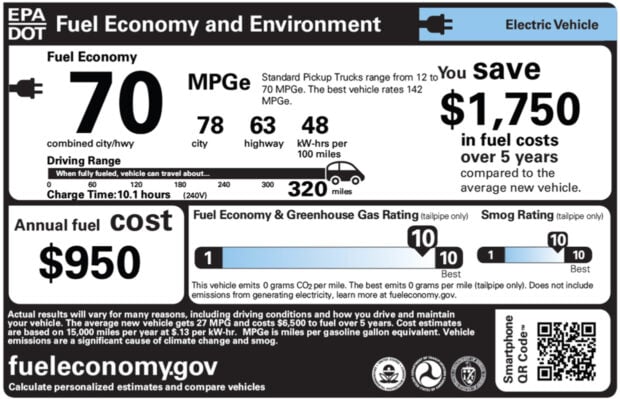 A sticker for a base Lightning truck shows a total MSRP of $41,669 with a standard range battery pack. Its driving range is 230 miles per charge and MPGe ratings of 76 in the city, 61 on the highway, and 68 combined. That’s not a bad driving range considering this is a full-size pickup, and the price of under $42,000 would make it popular if dealers sell them at sticker. While Ford has tried to prevent dealers from adding to the sticker prices on its vehicles, we still expect to see significant markups due to the limited supply of the electric pickup. 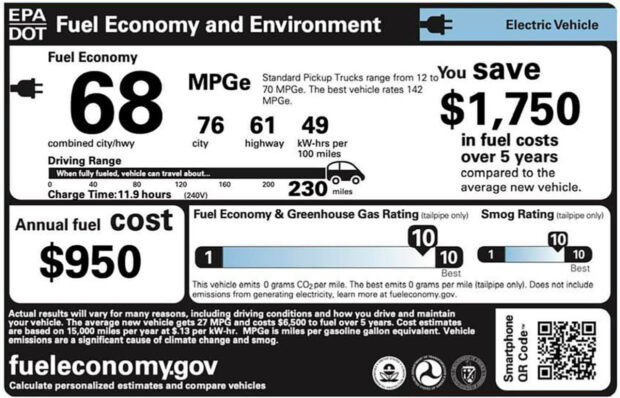