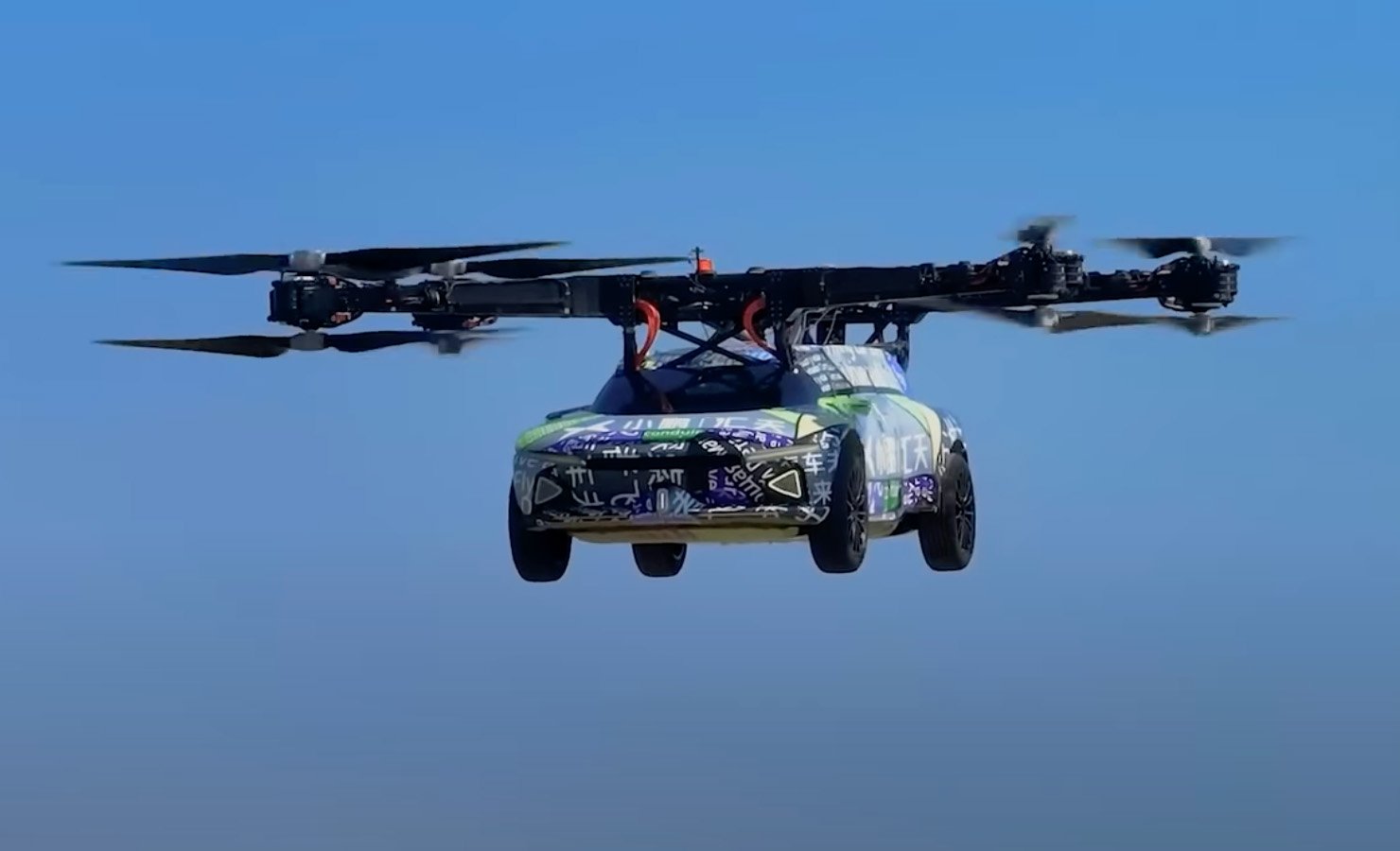 Futurists have dreamt of flying cars for decades, with notable contributions from HG Wells, The Jetsons, Blade Runner, and The Fifth Element. But our dreams of flying over traffic jams have yet to come true. Now and then, we’ll see a prototype of a flying car that looks like an airplane and a car had a love child, but none of them have ever been mass-produced. Now, XPeng, a Chinese company, is showing off a prototype of a flying car that takes off and lands vertically.

Built under their AeroHT division, the car is powered by eight electric motors, each of which has an 11.5-foot diameter propeller attached. After showing off an initial concept design of the vehicle, the latest version is much closer to what the company hopes to put into production, which would include the ability to fold its propellers into a roof-mounted pack for when the car isn’t in motion. 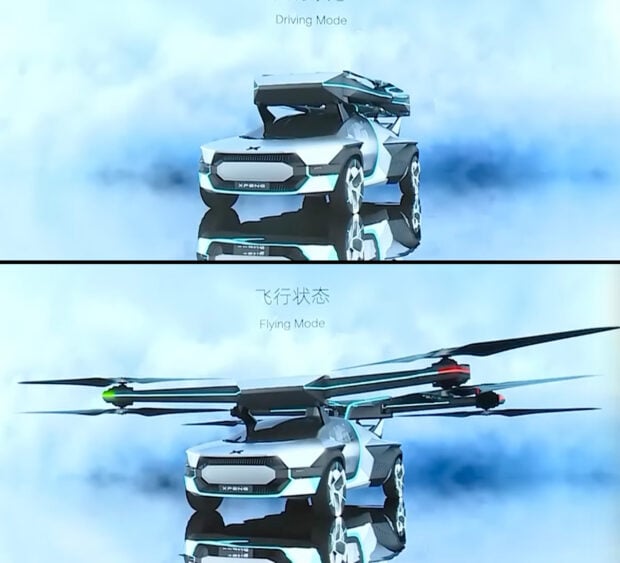 The working prototype, shown in the video below, isn’t as futuristic as the concept sketches and looks more like they bolted a massive drone to the roof of an elongated hatchback. It’s not the prettiest thing I’ve seen, and Xpeng says it’ll need a space about the size of half of a basketball court to switch between modes, so you won’t be able to stop in the middle of a traffic jam and fly over everyone else as I would like to do.

The car can only hold two passengers, but lifting a 2-ton vehicle alone requires a tremendous amount of electricity, and adding the weight of people and cargo will only make that more challenging. And while its range on the ground is expected to be a couple of hundred kilometers, its air range will be limited to “a few dozen kilometers.” Xpeng plans on refining the design of the flying car a bit more before putting it into production but says the latest concept sketches represent “80%” of what the final design will look like.

[via Electrek and Jalopnik]