Goggomobil Dart is a Tiny Car You Never Heard of 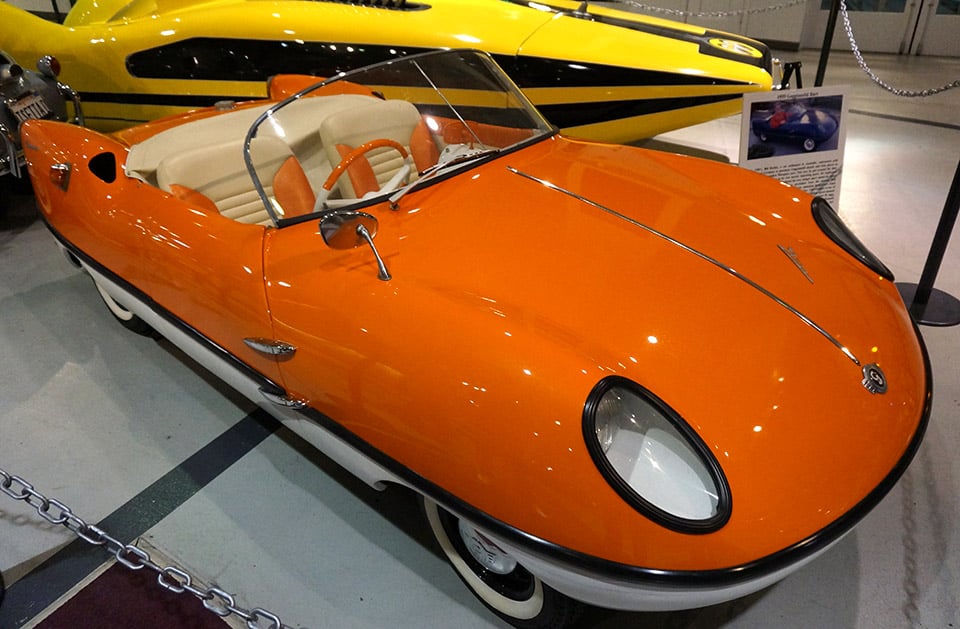 We like to think we know a thing or two about cars, so it’s rare that we come across a vehicle that we’ve never, ever heard about – let alone have a chance to see that rarity in person. The car you’re looking at here is one such surprise, a funky little engineering marvel from Australia called the Goggomobil Dart.

The two-seater was the brainchild of a car enthusiast named Bill Buckle, who worked with Germany’s Goggomobil to produce its chassis and trim, then built custom fiberglass shells in Australia for the diminutive convertible.

The Dart is powered by a tiny 2-cylinder, 300cc, 2-stroke engine, and a 4-speed manual gearbox. While the car only had a five gallon fuel tank, this was enough to give it a 250 mile driving range thanks to its 50+ MPG fuel economy. Sure, its top speed was only 60mph, but in a vehicle this small, we’re sure that felt plenty fast.

Only 697 of these cars were made between 1957 and 1961, and we had a chance to see this one from 1959 up close and personal on a recent trip to the NHRA Motorsports Museum in Pomona, CA. If you love classic cars and racing, it’s well worth a stop if you’re in the Los Angeles area. 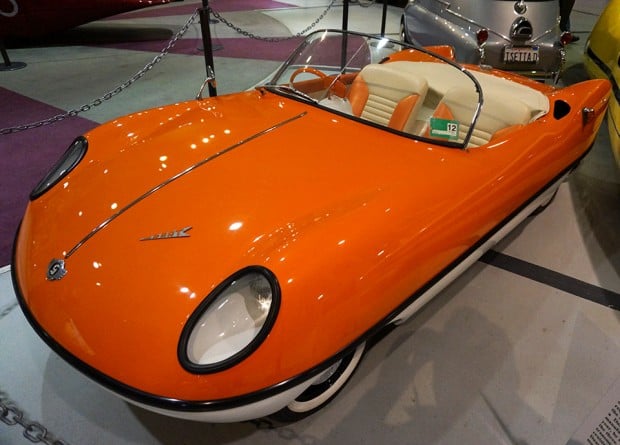 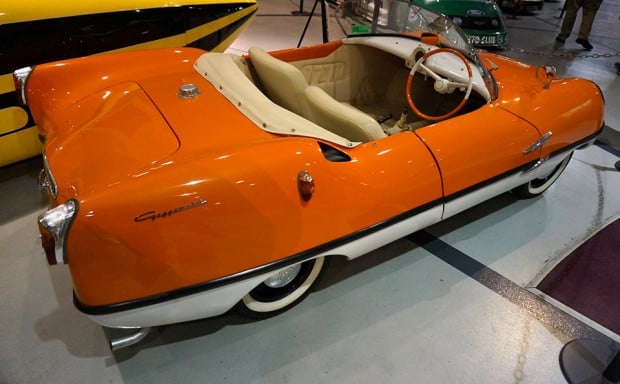 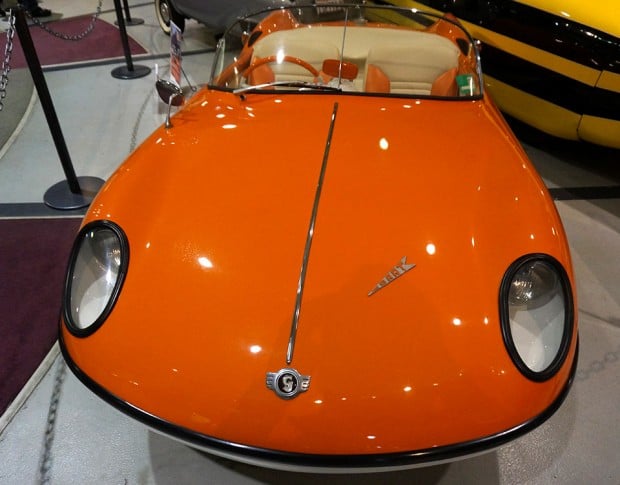 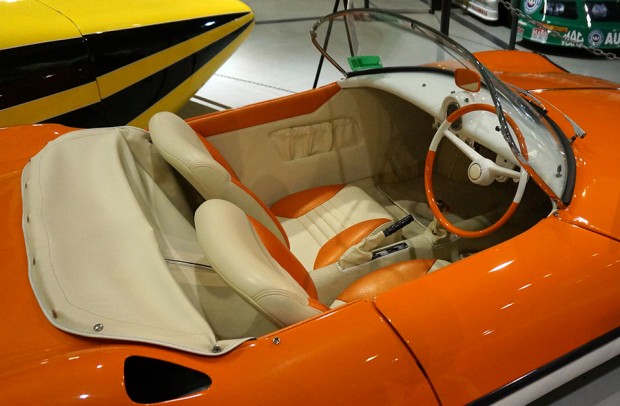