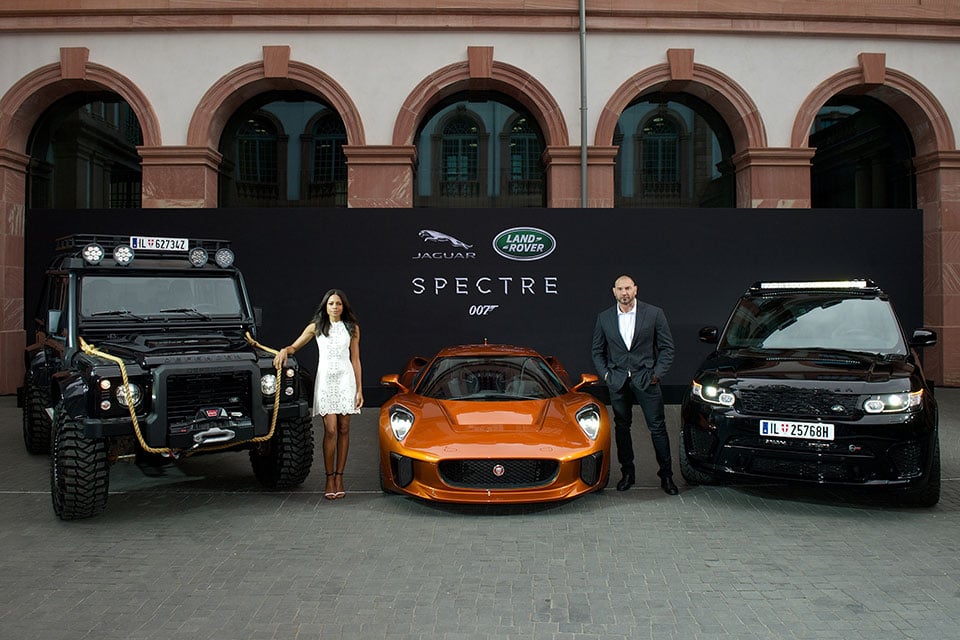 Jaguar and Land Rover have officially unveiled the cars that will be seen in the new James Bond film Spectre. We already know that Bond will drive an Aston Martin DB10. The bad guys in the film will get to drive some equally awesome rides. In fact, we have already seen a bit of the Jag in the past.

The main bad guy is Mr. Hinx, played by David Bautista, and he gets to drive the awesome Jaguar C-X75 concept car. It rather looks like the love child of a Lotus Exige and an Alfa Romeo 4C to me. I think my favorite bad guy vehicle might be the customized Land Rover Defender in the images. Though the Range Rover Sport SVR is much more powerful.

Jaguar Land Rover Special Vehicle Operations (SVO) worked with the filmmakers to create the Bond villain’s vehicles used in the film. Actor David Bautista said, “To have the opportunity to be a part of an iconic chase scene in a Bond movie and to drive the C-X75 supercar was like a dream come true for me. It truly is a beautiful beast of a car that will go down in movie history.”