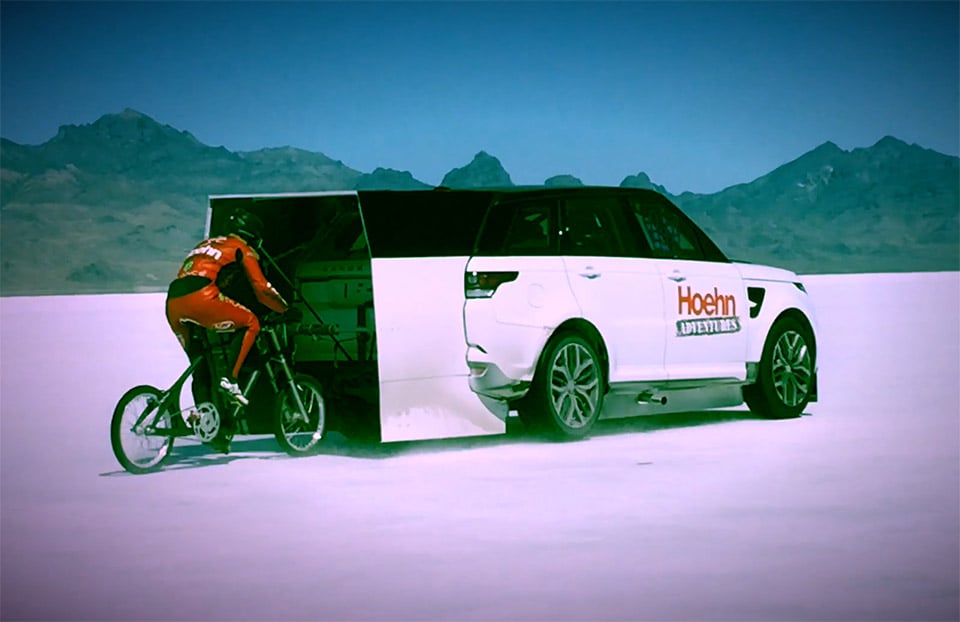 I can’t say that I have ever really thought about the speed record for a female bicyclist. I’d figure it was something like 60 or 70 mph, but that would be very wrong. Athlete Denise Mueller recently set a new world’s record at the Bonneville Salt Flats for the top women’s bicycle speed at an insane rate of 147.7 mph. That’s faster than most people have ever driven in a car, and 6 mph faster than the top speed of the current generation MX-5 Miata. 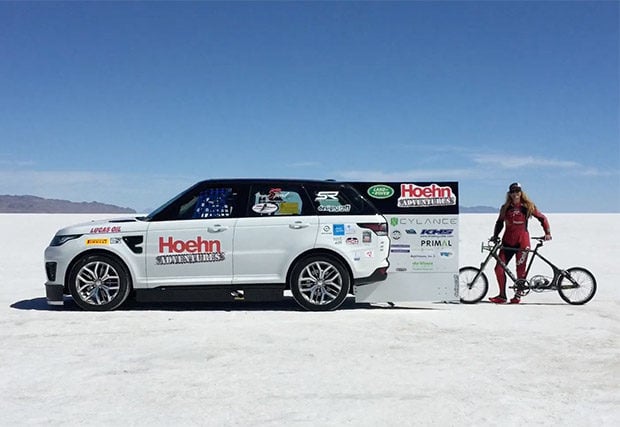 Doing this required a lead car to reduce drag on the cyclist, along with a crazy gear ratio on the bike. Mueller rode behind a modified Range Rover SVR that has a weird tail fairing on it. The bike itself had custom 17-inch motorcycle wheels. She had to stay perfectly in the draft of driver Shea Holbrook in the lead car; otherwise the 140+ mph wind would knock her off the bike.

Mueller says she wants to go even faster next time. Pee-Wee Herman must be insanely jealous right now.