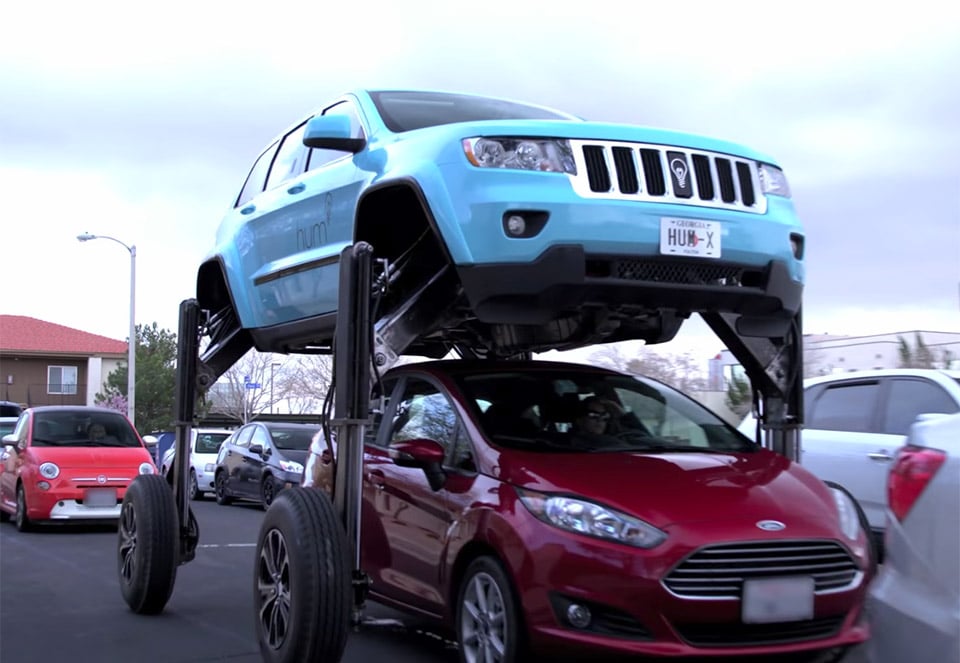 Where I live in Colorado, people tend to slow down on the highway for no reason at all. Traffic gets backed up for miles and when you finally get to the front of the traffic line, there is no crash, slow down, or merge that should have been causing the jam. I really want a SUV like the Hum Rider.

I need this thing because it thumbs its nose at traffic. Hum Rider doesn’t sit in traffic, flip a switch and the wheels roll out further to the sides and then the entire SUV lifts 9-feet into the air. The idea is that once widened and lifted, you can just drive over the top of the traffic.

It’s very cool, even if was just a PR stunt for Verizon’s Hum. The looks on the faces of the people in the traffic are priceless.