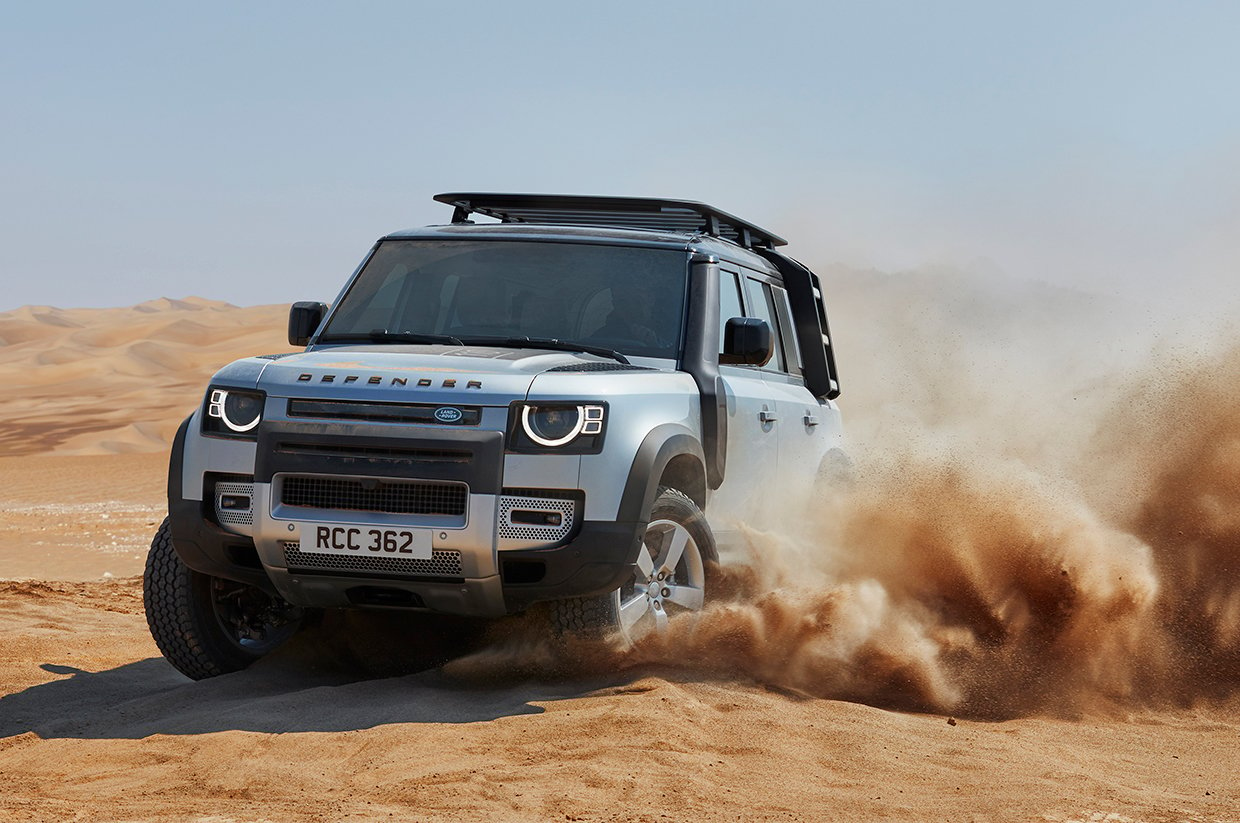 It’s been a long time since you could buy a new Land Rover Defender here in the U.S. Well, the wait is about to end. Land Rover has taken wraps off of its all-new 2020 Defender, and it looks to pack all of the capability and versatility we’ve come to expect, but complemented by lots of modern technology.

Like Defenders of yore, there will be two core models, the 2-door Defender 90, and the 4-door Defender 110. Both vehicles have the same drivetrains and core features, but there are numerous ways to configure them to your specific needs. Unlike previous Defenders, the new model is built on an aluminum monocoque chassis, rather than a body-on-frame design. Land Rover assures us that it’s just as capable, and offers superior body rigidity, which translates to better ride quality and handling both on- and off-road. 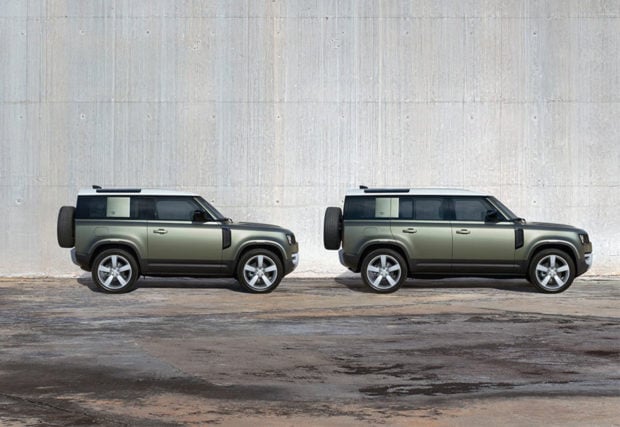 The new Defender features a full-time all-wheel drive system, electronic active differential, and an electronic air suspension system. Plus it features some impressive off-road specs, with a 38-degree approach angle, a 29-degree breakover angle, and a 40 degree departure angle thanks to really short overhangs. With the air suspension in its top setting, it’s got 11.5 inches of ground clearance. It can also wade in up to 35.4 inches of water.

Here in the states, there are two engines available, a 2.0-liter turbocharged inline-4 that makes 296 horsepower and 295 lb-ft. of torque, or a 3.0-liter inline-6, which combined with a 48-volt electric motor, produces up to 395 horses and 406 lb-ft. of torque. Both drivetrains feature an 8-speed automatic transmission with a two-speed transfer case. 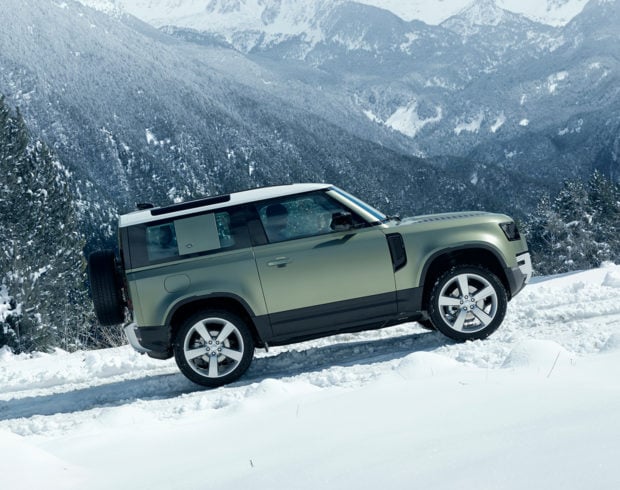 There are lots of systems here to help you navigate challenging terrain as well. When fully equipped, there’s Land Rover’s impressive Terrain Response 2 system, which can adapt to just about any surface you can throw at it, from snow, to sand, to mud, to rocks, and more. In its top spec, you can also precisely dial in your own settings for powertrain, steering, differentials and traction control. The All-Terrain Progress Control is like cruise control for off-road, helping you focus on steering, while managing throttle and braking in more daunting off-road situations. 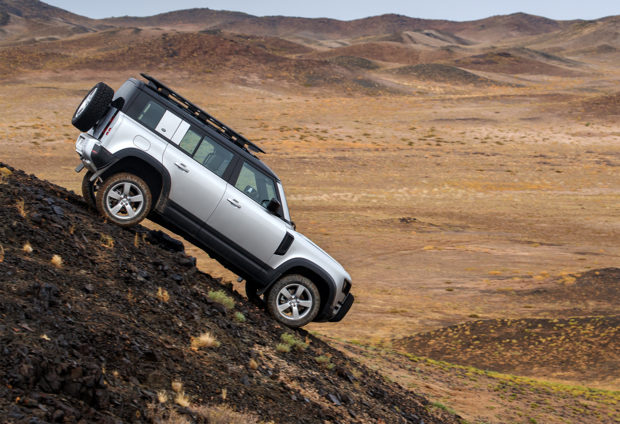 There’s lots of cargo capabilities here too. The interior of the Defender is highly configurable, with the 110 offering five, six, or 5+2 seating, and the Defender 90 having seating for up to six. All of the rear seats can be folded for storage versatility, and there’s even an optional front-row center jump seat. With the I6 engine, the Defender 110 has a maximum payload of 1984 lb, a maximum static roof load of 661 lb, a maximum dynamic roof load of 370 lb, and a maximum towing capacity of 8201 lb. 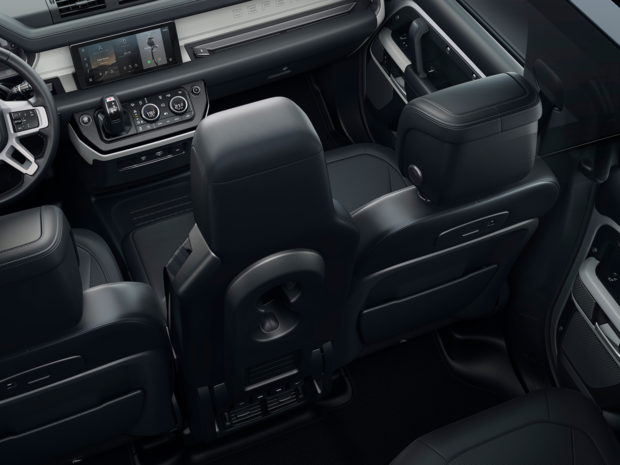 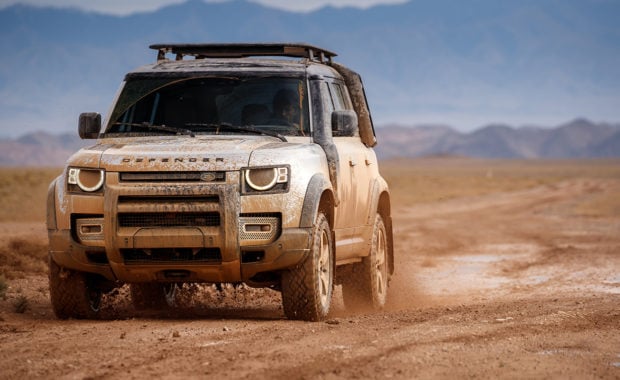 In addition to the regular trim levels, Land Rover will offer four accessory packs, customizing your Defender further. Oddly, none of these packages include a winch, which I consider a Defender staple:

. The configurator for the Defender 110 is live now if you’d like to put together your own vehicle. You’ll also want to check out Land Rover’s extensive overview video for many more details on the features available on the 2020 Defender: