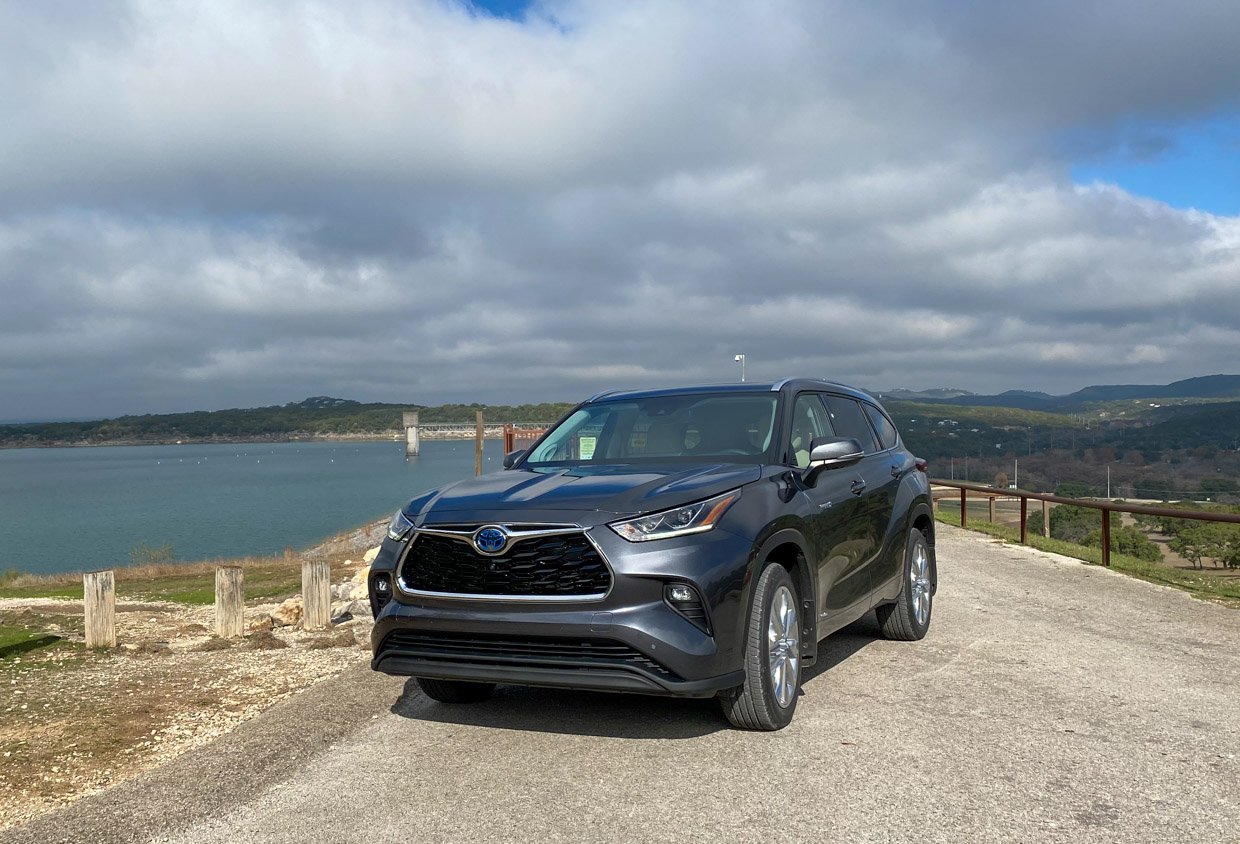 If you go back in the rewind machine to 2001, most of the SUVs on the market were rugged, body-on-frame models which drove much more like trucks than like cars. Then, Toyota came along with the Highlander and shook up the growing segment with a vehicle that rode much more like a car or a minivan than a truck, and expanding the daily driving appeal of SUVs pretty dramatically.

In the 19+ years since the first Highlander appeared, the unibody SUV has seen four major generations of design, each more refined than the last. For 2020, the Highlander ups its game even more – and it needs to, as the three-row SUV market continues to get more crowded, especially in light of some pretty incredible first year performances from Hyundai and Kia. 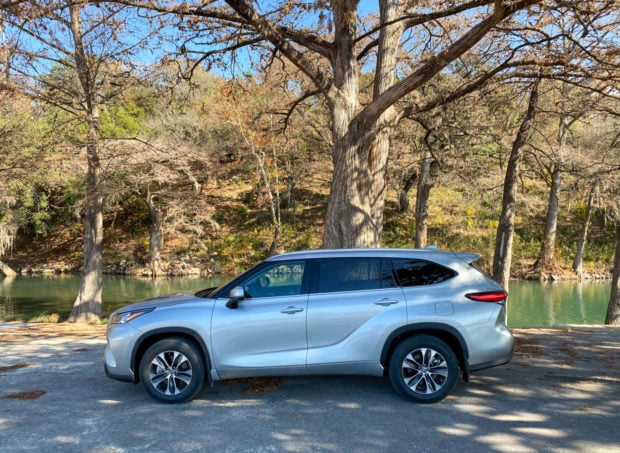 For starters, the new Highlander has a sleeker and more sophisticated look than the outgoing model, with a more sculpted body, and a smoother overall look. I find the front end to be quite appealing with a well-executed new grille design that bold without being divisive, and surrounded by bright LED lighting on every trim level. Overall, it’s 2.36″ longer than last year’s model, with all of that space going in the cargo area. It’s just a hair wider than before, and you’ll notice that the mirrors have been moved off of the A-pillars to the doors to improve visibility.

For 2020, Toyota has moved the Highlander to its TNGA-K platform, which now underpins the Camry, Avalon, Lexus ES, and RAV4, each of which has impressed me with improved chassis rigidity and overall ride dynamics in their latest generation. The move to this modular platform also trims roughly 250 pounds of weight off of the vehicle, which gives it a lighter overall feel on the road. 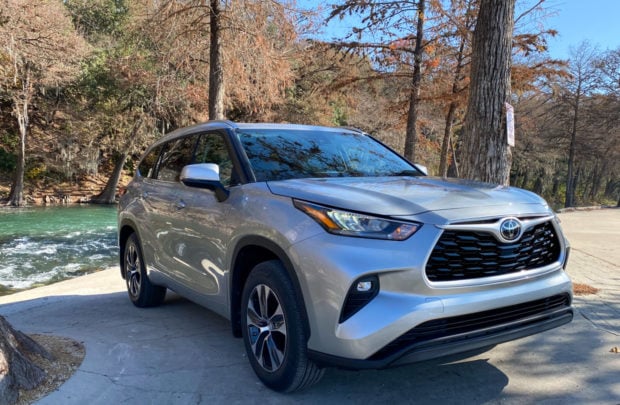 Toyota is offering up two drivetrain options: a carry-over 3.5-liter V6 that makes 295 hp and 263 lb-ft. of torque, and a new hybrid drivetrain that sips fuel courtesy of a 4-cylinder Atkinson-cycle engine, coupled with an electric motor for a combined 243 hp. That’s actually down substantially on power from the 2019 hybrid model’s 306 hp V6, but Toyota is banking on the big fuel economy benefits of the smaller engine to pay off and to give them a leg up over the competition. With the gas engine, you’re looking at a combined 27 to 29 mpg for the AWD and FWD models, respectively, while the new hybrid impresses with 35 mpg combined on all but the heaviest AWD Limited and Platinum models, which average 34 mpg. 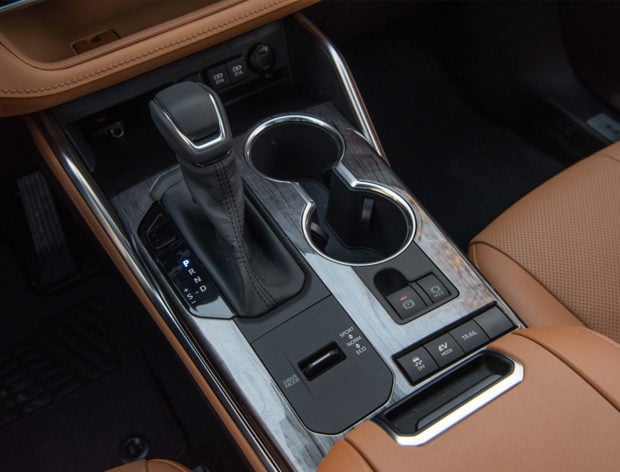 In my day behind the wheel, I was seeing numbers closer to 37 mpg – not too shabby for a vehicle that can carry up to 8 passengers. Also, for the first time, the Highlander hybrid can be had in a FWD configuration as a slightly lighter and less expensive option for those in climates that don’t really need all-wheel drive. Gas models can tow 5,000 pounds, while the hybrid can pull 3,500. 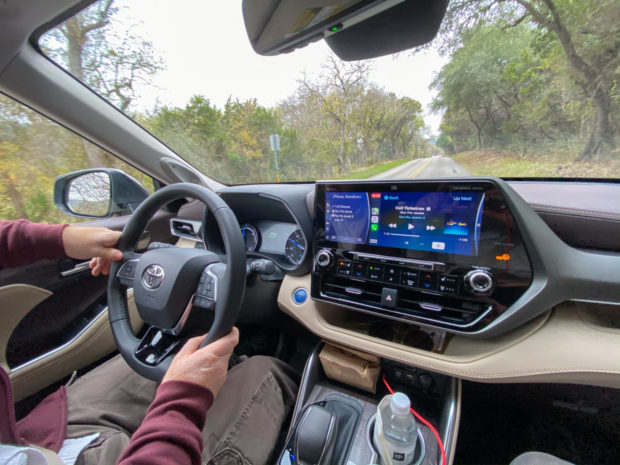 Despite the changes in available power, neither drivetrain feels underpowered for its size, and both engines are appropriately swift off the line and passing vehicles on the highway. Regardless of which trim level you go for, the interior is quiet and very comfortable. Ride quality is super smooth, though I found the suspension tuning to be a bit floaty for my tastes. I get that I’m not the target audience for the Highlander, but I guess I’ve become spoiled with Toyota’s focus on crisper and sportier ride dynamics in their other recent vehicles. With light and easy steering and a soft suspension, the Highlander’s ride is more for soccer moms (and dads) who want an easy to drive car than for someone looking for an engaging experience behind the wheel. There’s a dynamic torque vectoring system available on AWD Limited and Platinum V6 trims, but in this application, it’s less about handling dynamics and more about sure-footedness in slippery conditions. 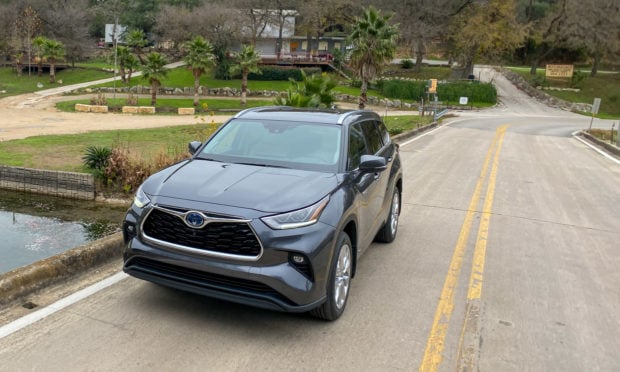 There are five trim levels available for the Highlander this year – in order of price and luxury, those are the L, LE, XLE, Limited, and Platinum. As you work your way up through the grades, you start off with 18″ wheels and cloth seats, and progress towards 20″ wheels, and premium leather trim throughout the cabin. The Platinum trim is by far the most luxurious, and looks particularly lovely with the new Glazed Caramel leather, which is accented by bits of darker brown, and some real wood trim. With prices knocking on the door of $50K, I would have liked to have seen real metal trim around the display and vents on the dash, but it appears to be faux. 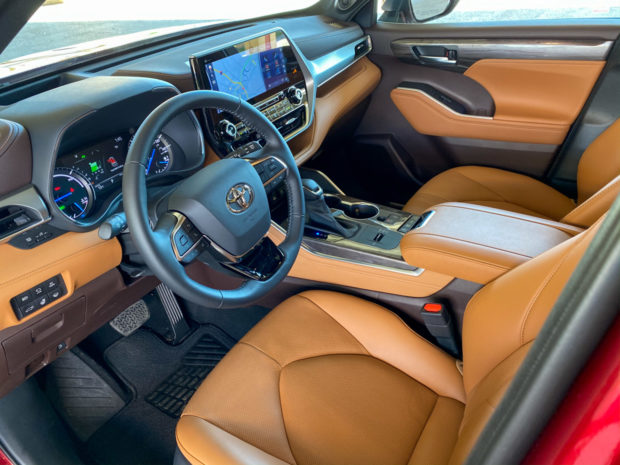 The dash carries over one of my favorite features from the 3rd-gen Highlander – the built-in shelving for phones and other small items. There’s a small shelf over the center console with a pass-through for a charging cable, as well as a longer shelf on the passenger side. In addition, you can get a nice big 12.3″ display for the infotainment system, which makes it easier to interact with and easier to read than the base 8″ model. Apple CarPlay, Android Auto, and Amazon Alexa support are all standard. The big touchscreen is responsive, and with the exception of the cryptic icons on the navigation screens, it’s pretty user friendly, You’ll note that Toyota’s Entune app suite is nowhere to be seen, a concession that Apple and Google’s apps are the way to go these days. If you love your music loud, the Limited and Platinum models also get a 1200-watt JBL premium audio system. 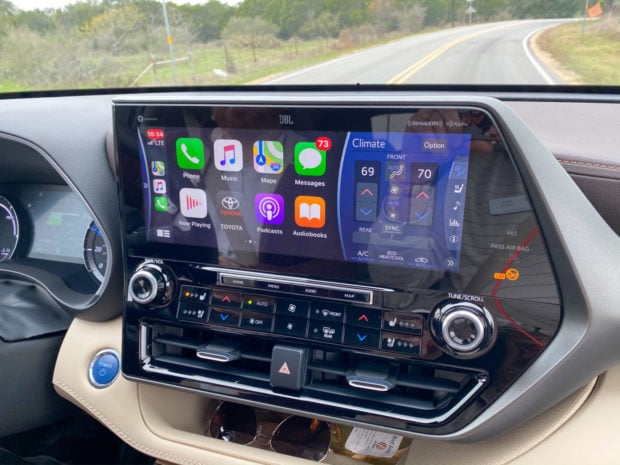 Technology abounds with all models now getting Toyota Safety Sense 2.0, which includes full-speed dynamic radar cruise control, lane-trace assist, road sign assist, and more. The cruise control is as good as any on the market, though I found the lane-keeping tech to ping-pong between the lane markers more than it should. LE grade and above models also get blind-spot monitors and rear cross-traffic alert, while the Limited and Platinum trims add front and rear park assist with braking to help prevent parking lot fender benders. The bird’s-eye view parking camera is a nice feature that’s optional on Limited and standard on Platinum, and the backup camera now has a washer to get grime and road salt off of its lens. Five USB ports come standard, and there’s wireless Qi charging dock on XLE trims and above, and it’s in a better location, inside the center armrest this time. 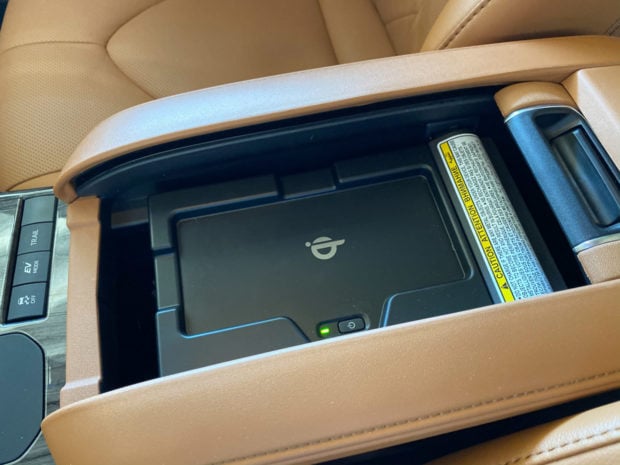 The front bucket seats are quite comfortable and offer good support. Heated first and second row seats come on XLE and higher trims, while ventilated front seats appear on the Limited and Platinum. With improvements to the sliding adjustment in the middle row, it is possible to fit taller adults in all three rows, though the third row is still better suited to kids. 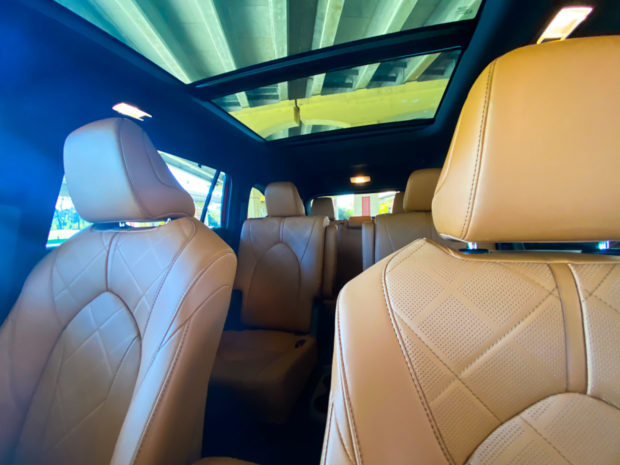 Depending on the trim and configuration you go with, you can either get a bench-style middle seat for a total capacity of eight, or second-row captain’s chairs, which decrease seating capacity by one, but look better, and give the cabin a bit more breathing room – especially when combined with the panoramic glass roof overhead, which also comes standard on the Platinum trim.With the all three rows in use, there’s still a car-like 16 cubic feet of storage behind the back row, but if you drop the back row, you’ve got a plentiful 48.4 cubic feet. And with both rows folded, that increases to a cavernous 84.3 cubic feet. 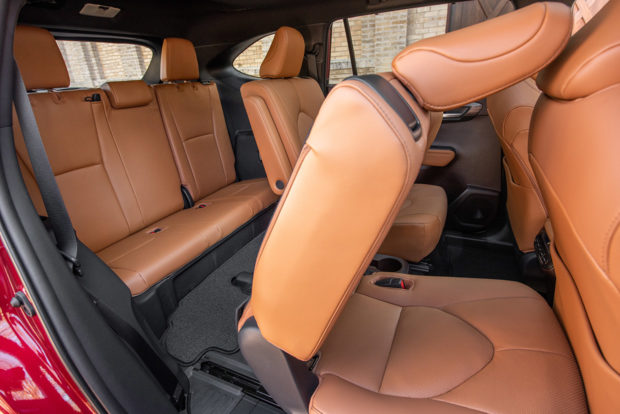 Overall, the 2020 Toyota Highlander is a high quality option in the mid-size, 3-row SUV segment, offering a comfortable ride, a pleasant environment, lots of space, and handsome looks. With Toyota’s reputation for quality and its excellent fuel economy on the hybrid models, they are definitely a competitive choice in what has become a very crowded space. 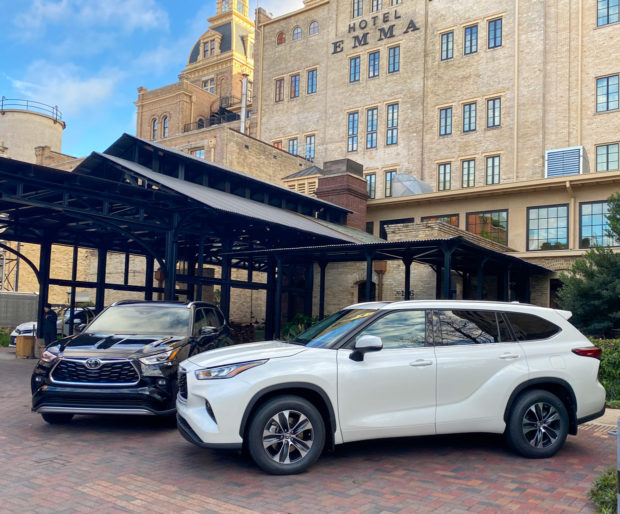