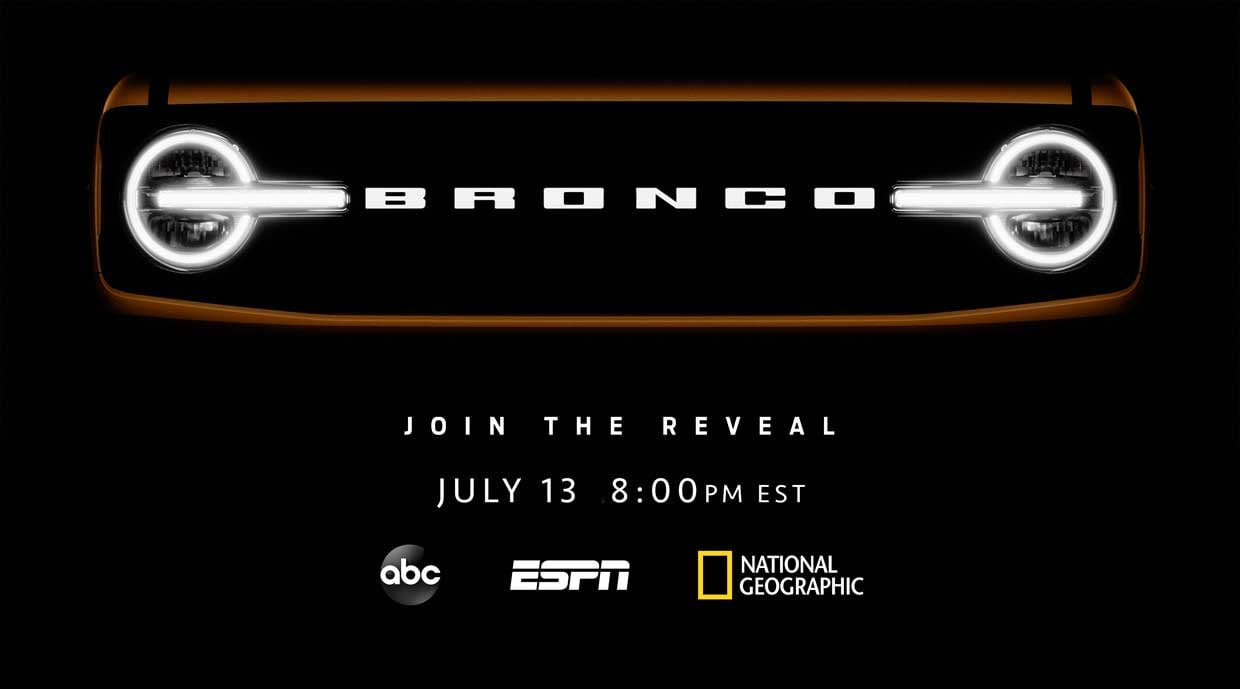 After a couple of delays, Ford will officially debut its highly anticipated new Bronco on July 13. The automaker has announced that on the same date at 8 pm ET, it will also open reservation books for the SUV. To reserve a Bronco will cost fans $100. It’s unclear if the $100 is refundable if the buyers back out of the deal for any reason.

Ford also has announced that it has teamed up with Disney to reveal the Bronco line across the company’s broadcast, cable, digital, and streaming properties. On July 13, a trio of custom three-minute films will air on ABC, ESPN, and National Geographic. Each of those networks will show a different film about the Bronco in their first commercial break in the 8:00 pm ET hour. All three of the films will be offered on Hulu the next day. Here’s a summary of the promo films that will air on each network:

Ford initially planned to unveil the new Bronco in June at the revamped North American International Auto Show in Detroit. However, the coronavirus pandemic resulted in the show being canceled. By airing short movies about the Bronco, Ford says that it will pull in an even broader audience for the anticipated debut.