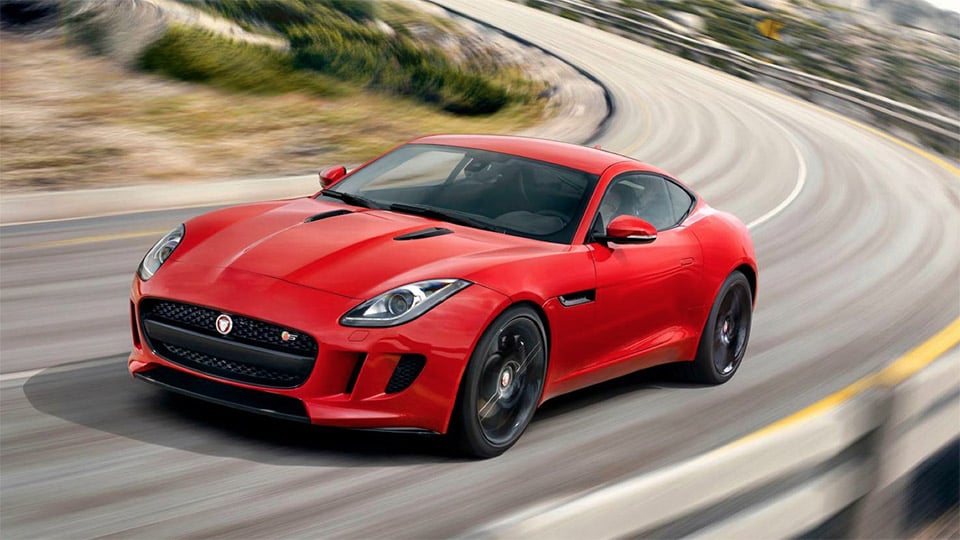 If you love the F-Type, but prefer something even more track-optimal, the 2015 F-Type Coupe is it. The coupe looks much like the Ian Callum-designed convertible from the front, but it has more of an Aston Martin Vantage look when viewed from the side and rear – not that it’s a bad thing.

Jaguar will be offering the F-Type coupe with either a solid aluminum roof or panoramic glass panel, if you long for the light you’ll be missing from the convertible. Engine options will include the same 340hp V6, 380hp V6 S options, but the V8 S has been replaced with the F-Type R Coupe model which has the same 550hp engine found in their Project 7 concept. 0-to-60 time for the V8 is quoted at 4.0 seconds.

Since the trunk has been replaced with a hatchback, and there’s no convertible mechanism, you’ll gain some extra storage space as well. The other bells and whistles found on the current F-Type are still present, including its iconic “J-blade” LED running lights, retracting door handles and an electronic spoiler which deploys at 60mph to substantially increase downforce. Surprisingly, the coupe models don’t weigh much less than the convertibles though, with the base and S models weighing just 44 pounds less, and the R model weighing exactly the same as the cabrio at a hefty 3671 lb., despite its all aluminum body.

We already love the F-Type convertible, and can’t wait to get behind the driver’s seat of the coupe to see what it can do on the track with its aerodynamic improvements, and even more powerful V8. 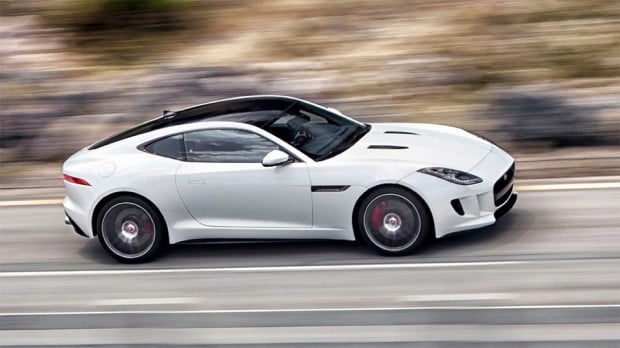 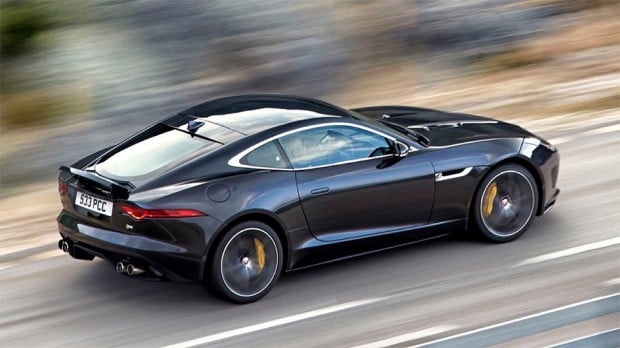 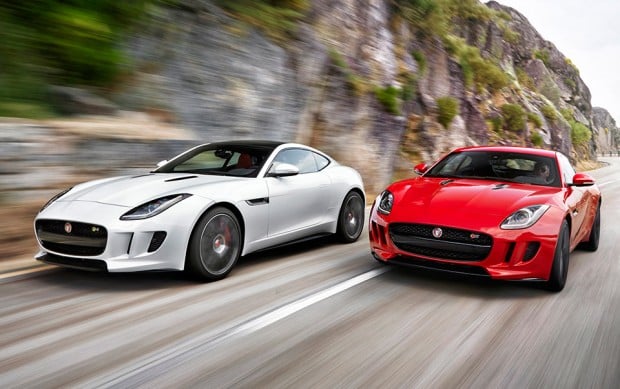 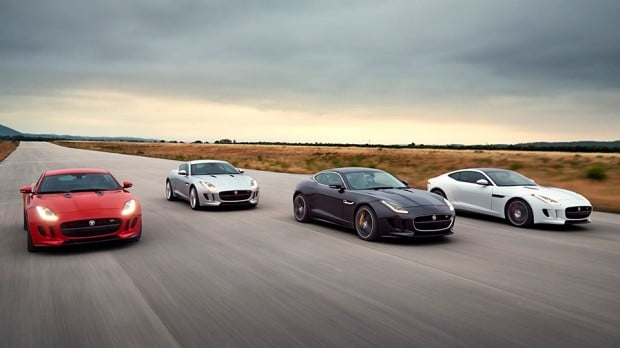