From the Vaults: A Stack of Volvo 140s

The Volvo 140 was the first of the iconic boxy cars to come from the Swedish car manufacturer, and also a significant milestone in the company’s ongoing obsession with safety. One of the major selling points of the car was its extremely strong roof and steel pillar construction, which would offer greater durability than the popular hardtops of its era, and protect occupants from all but the worst rollover crashes.

In this classic early 1970s ad campaign, Volvo demonstrated just how sturdy the roof was, by stacking multiple Volvos atop each other. The end result reminds me of Spindle, the Berwyn, Illinois sculpture that appeared at the beginning of Wayne’s World. 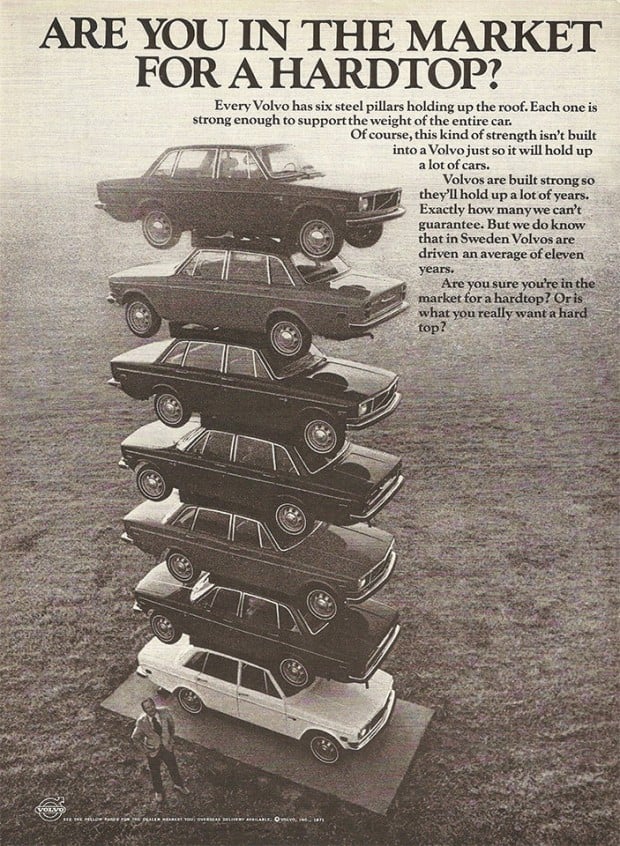