The quintessentially cool 1960s mystery spy series, The Saint, was known for its style and its cooler-than-you star, Roger Moore. One of the cars that was featured in the show was the sleek Volvo P1800 grand tourer. Jay Leno visits with journalist Matt Stone to discuss the show and the car’s styling and history. This car was painstakingly restored as authentically as possible by the current owner, Bill Krzastek, who found it languishing in a private collection.

This very model was used on screen in the series and was once owned by Roger Moore. Krzastek focused on restoring the car back to its on-screen glory. He even kept some of the items that were used exclusively during filming, like a small fan used to keep the actor’s cool, the thermometer that was installed on the dash, the original radio which he found and reinstalled, and the burn marks in the dash above the cigarette lighter done by Roger Moore.

Check out Roger Moore as Simon Templer as he foils the bad guys, thanks to his Volvo P1800, in the clip below. 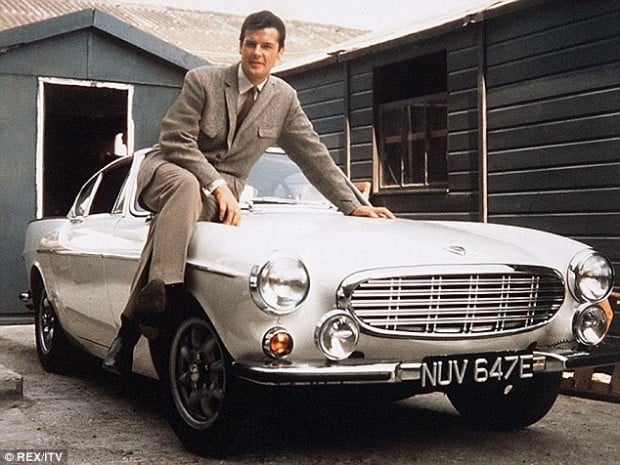