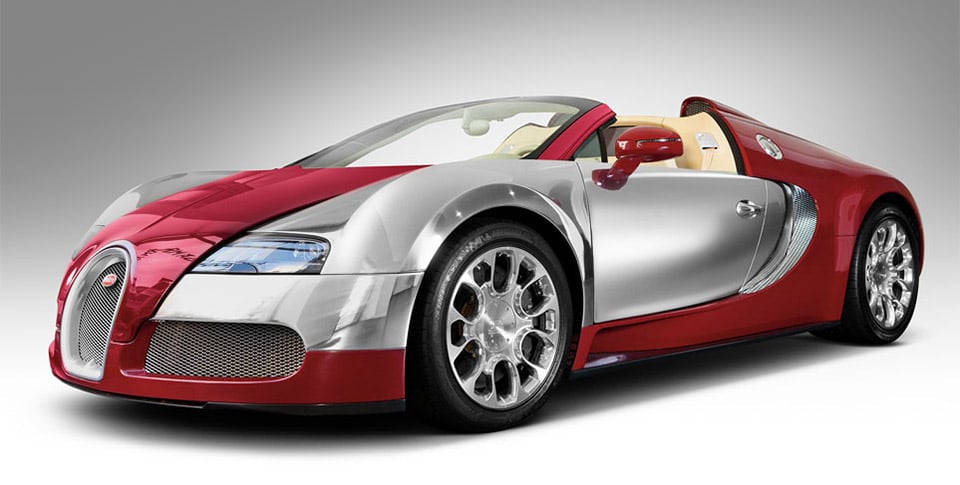 The Bugatti Veyron is about as a dramatic a car as you can get. Between its insanely powerful drivetrain and its unique styling, there’s no mistaking a Veyron for any other car on the road. One of the most dramatic variants of the Veyron was the Grand Sport 16.4 669, a stunning, special edition of the 1,001 horsepower beast which featured a combination of red and chrome body panels, and a rich and creamy tan interior.

This particular 2010 Veyron was photographed by the guys at RM Auctions for a recent auction in Paris, France.