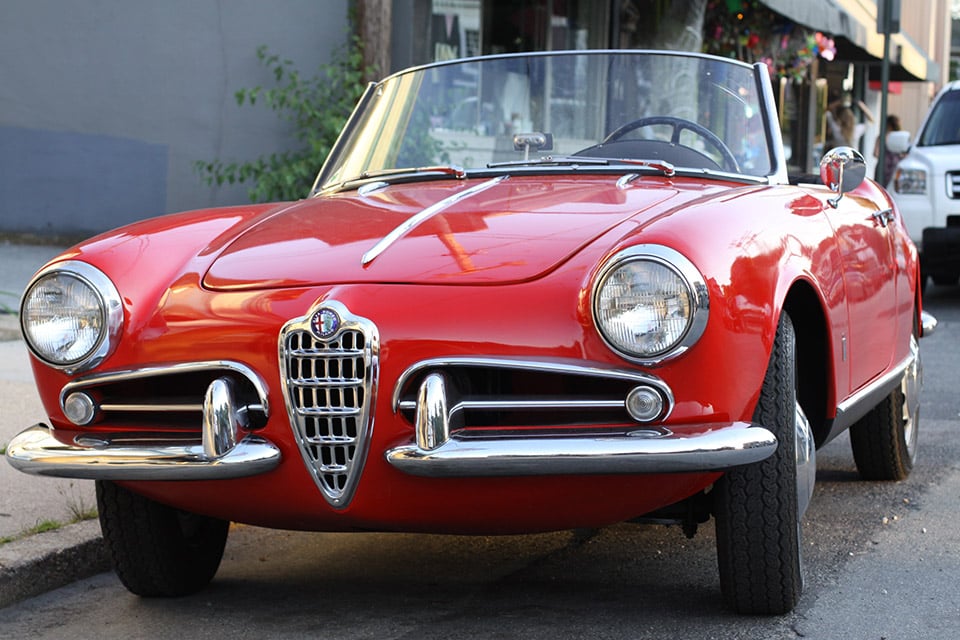 The original Alfa Romeo Giulietta was made from 1954 to 1965, and is considered one of the true classics of Italian motor cars. Built in coupe and a convertible roadster variants, these compact cars weren’t known for their power – typically sporting under 100 horsepower. But the Spider was a lightweight at just 1,896 pounds – so it didn’t need a tremendous amount of power to give its driver and passenger a thrill.

While the Sprint (coupe) models were designed by Franco Scaglione of Bertone, the Spider was created by Pininfarina, who chopped 5-1/2″ off the coupe, and added bracing for stability.

This beautifully maintained 1959 Giulietta Spider Veloce was captured by photographer Eli Christman. You can check out more pics of the car over on his Flickr page