Stunt driver Alistair Moffatt couldn’t allow his world record for parallel parking in the smallest spot fall. After hearing that Han Yue of China broke his record driving a MINI, Moffatt returned in a Fiat 500 to reclaim his record. Setting the new (yet to be confirmed) record of 7.5 centimeters at the 2015 Autosport International Racing Car Show, Moffatt didn’t even flinch. 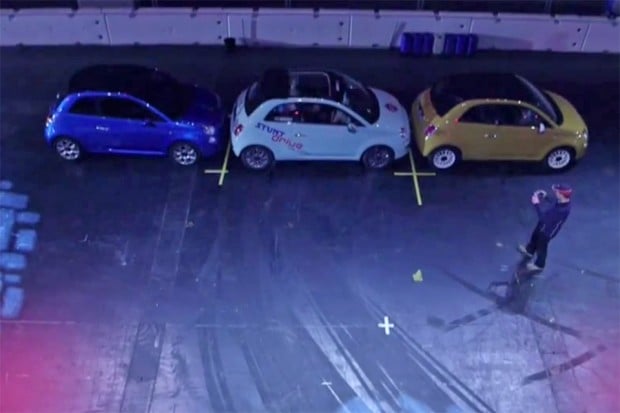 For the record (yes, I wrote that), here’s Han Yue setting the previous record:

And take a look at the behind-the-scenes of Moffatt’s record, as Moffatt and his team prepare for the stunt (and ding up a couple Fiats as they practice).