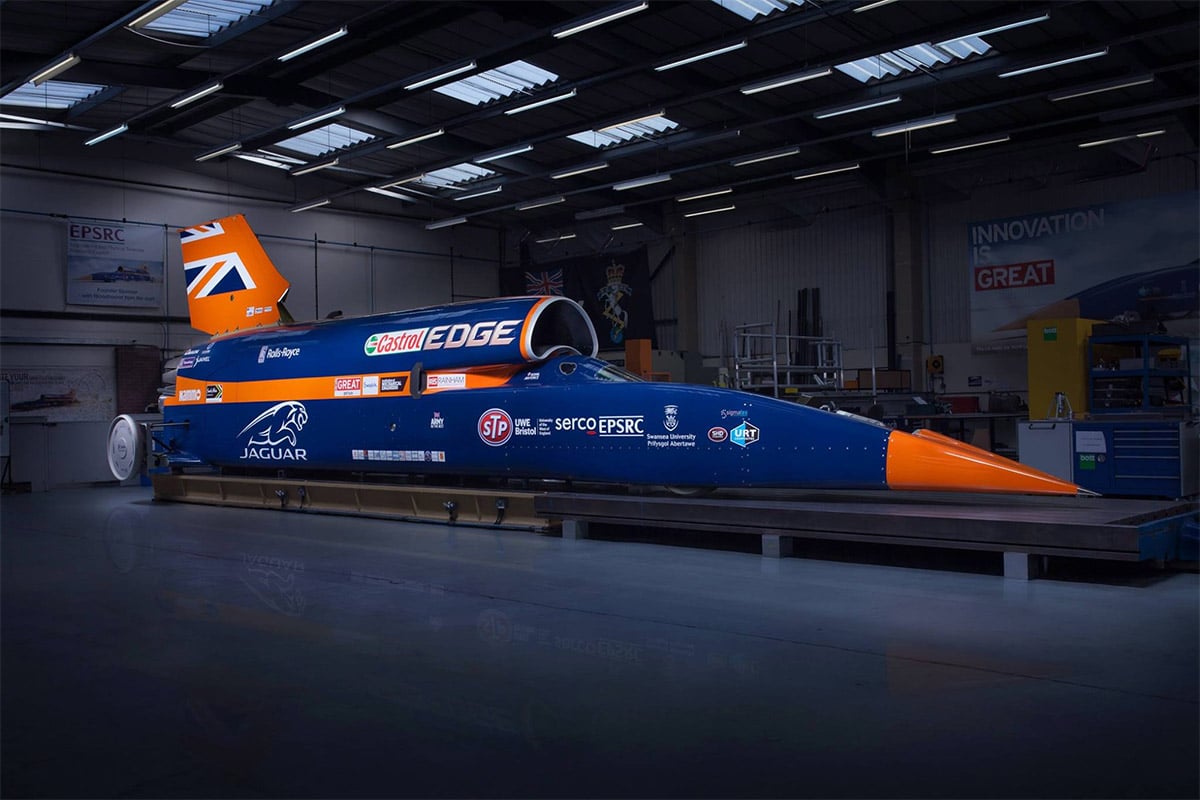 If the Bloodhound SSC land speed racer looks like a jet to you, there is good reason for that. The car is set to go as fast as a jet plane, on the ground. The Bloodhound SSC and its crew are looking to break 800 mph on land using the vehicle you see here. 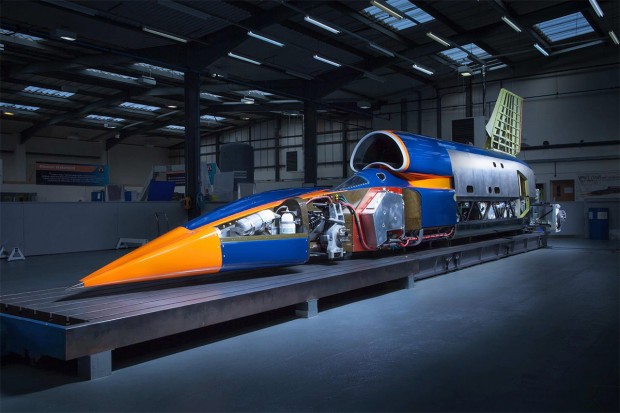 Main power comes from a Rolls-Royce jet engine and Nammo rockets for additional propulsion. A Jaguar V8 engine is used to power the oxidizer pump inside the car. The cockpit looks like something you would see in a spaceship. 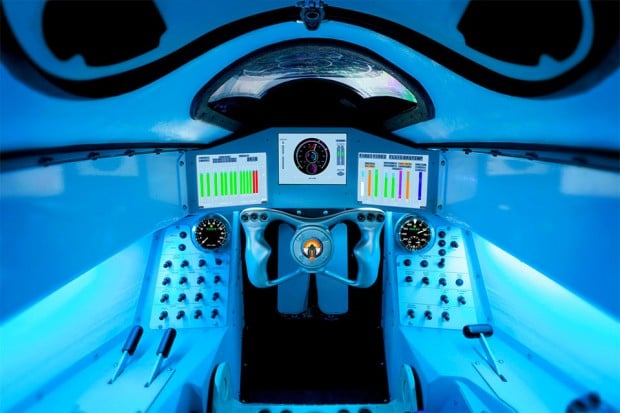 The record breaking attempt will be made on October 15, 2016. That means we are still a year from seeing just what the rocket car can do officially. The team thinks that the Bloodhound might be able to hit speeds over 1000 mph. I wonder what it feels like to break the sound barrier on wheels.