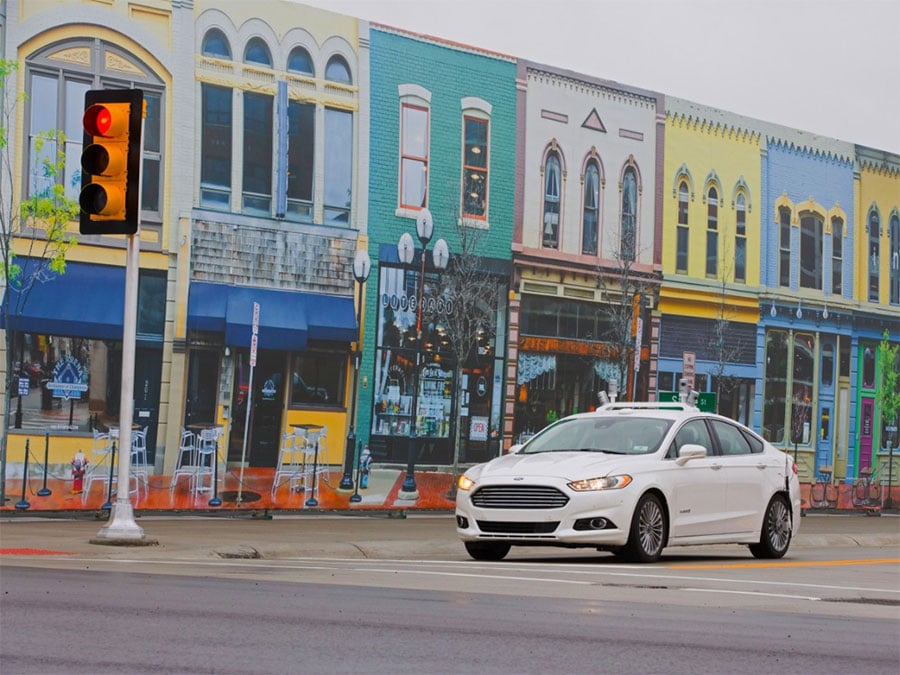 All of this is designed to test the Autonomous Fusion is a real-world city environment. MCity also has different types of roads for testing including dirt, concrete, asphalt, and simulated brick.

The only thing that seems to be missing in MCity are people and traffic – which will certainly add to the complexity if and when those are added. The goal for the facility is to improve autonomous sensor systems to allow future self-driving cars to drive safely in a dense city environment