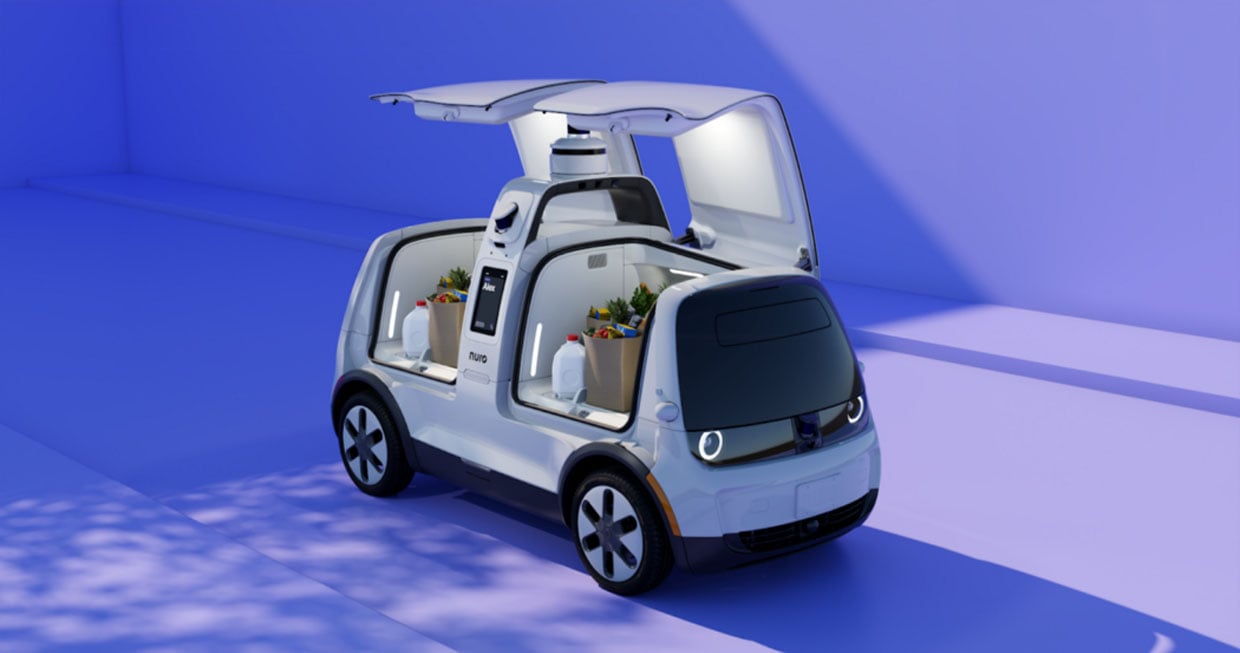 Nuro is a California-based vehicle tech company that makes autonomous delivery vehicles. Their new third-generation vehicle is fully-autonomous, runs on electricity, and Nuro says this design can be produced at scale. It was designed from the ground up to need no human behind the wheel and lacks any seating or controls for humans.

Nuro put a lot of effort into the safety of the vehicle, including being 20 percent smaller in width than the average passenger car to give it a smaller footprint making it easier for bicyclists and pedestrians to maneuver while the car is in operation. However, the most interesting safety feature of the vehicle is an external airbag intended to reduce the severity of an impact with a pedestrian in the event of an accident. 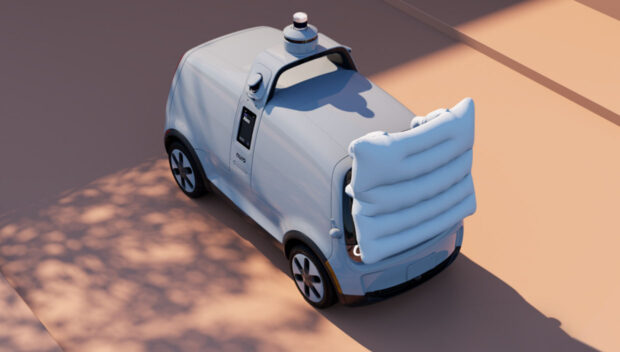 Nuro designed the vehicle to operate year-round in any weather condition. Along with improving safety, Nuro also enhanced the ability of the autonomous vehicle to carry items. Its 27 cubic foot cargo compartment can handle up to 24 bags of groceries or other items weighing up to 500 pounds. It has modular compartments that can be heated or cooled depending on what’s placed inside them, offering a temperature range from 22º F to 116º F. 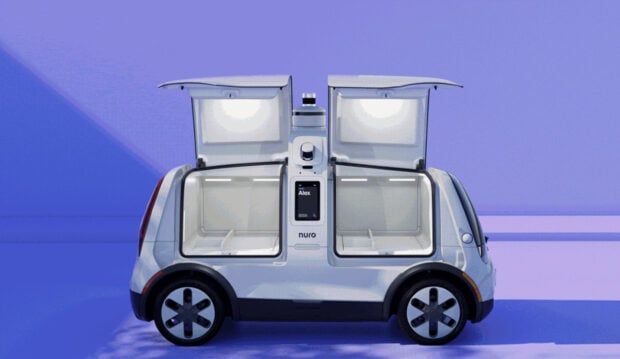 The vehicle’s top speed is 45 mph, which could potentially be a bit of an issue in areas where speed limits in operating areas are higher than that, so presumably, it will only be used on local roads. As with any autonomous vehicle, there are many sensors embedded around the third-generation Nuro vehicle to provide a 360-degree view around the vehicle while it’s in operation. 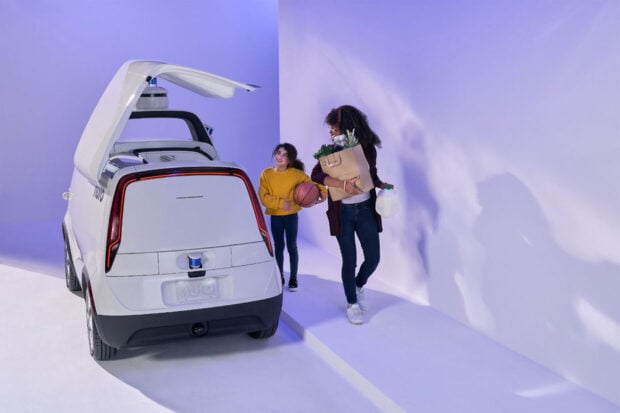 Nuro also designed the vehicle with security in mind allowing it to provide early warning of any potential attack that might attempt to hijack the vehicle. While there’s no indication of when production for the autonomous delivery vehicle will begin, Nuro has announced that it’s working with BYD North America to assemble the vehicle from hardware sourced globally.