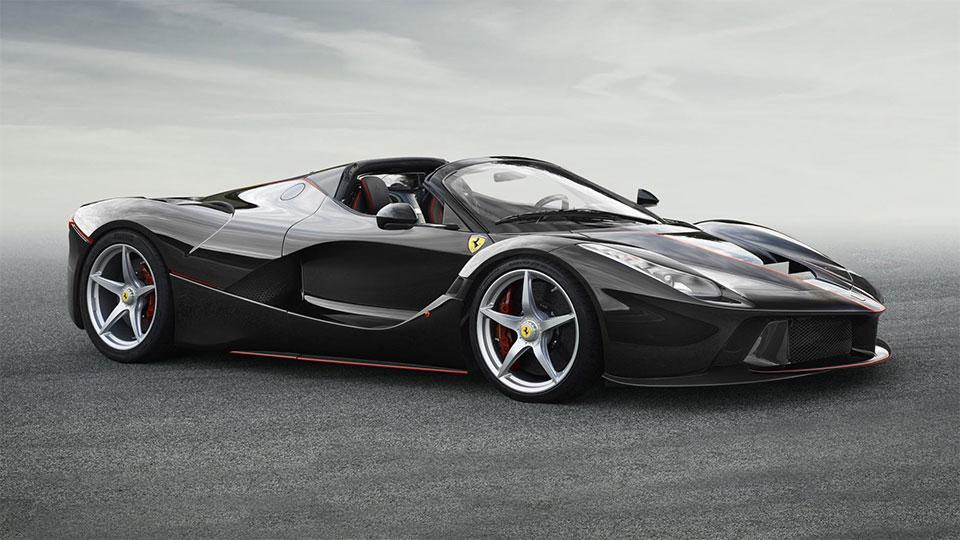 Ferrari has unveiled an open-top version of its LaFerrari hybrid hypercar. It’s beautiful and as you might expect with any limited edition Ferrari model, the car is already sold out. Normally I am of the opinion that a Ferrari only belongs in red or yellow, but I rather dig the black with red trim on the open air LaFerrari in these images.

Ferrari says that the Spider has the same performance as the coupe. Under the skin is a 6.2-liter V12 and electric motors making a combined 963 hp and 663 lb-ft. of torque. 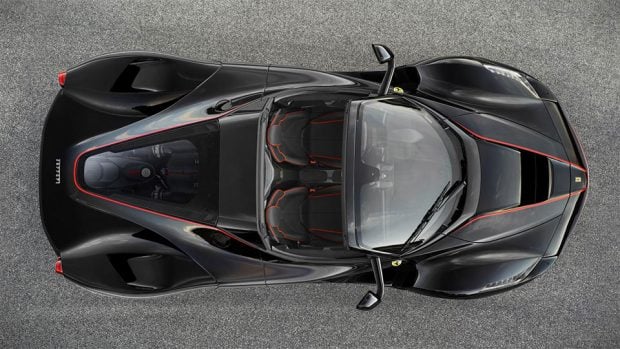 The car can rocket from a standstill to 62mph in 2.9 seconds and has a top speed of 218 mph. Ferrari offers the Spider with a removable carbon fiber top or removable soft top. I’d like to see the car with the top on, but no pics of that have surfaced as of yet. 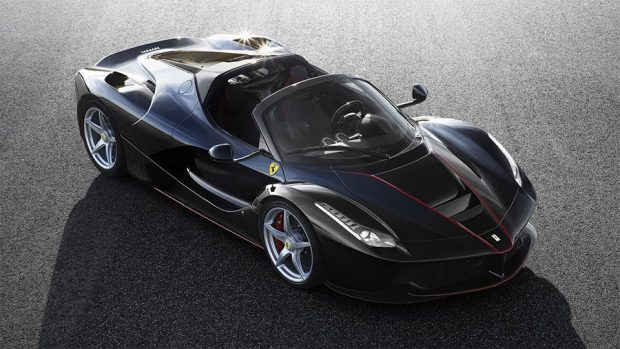 The official worldwide debut of the LaFerrari Spider will take place at the Paris Motor Show this October.