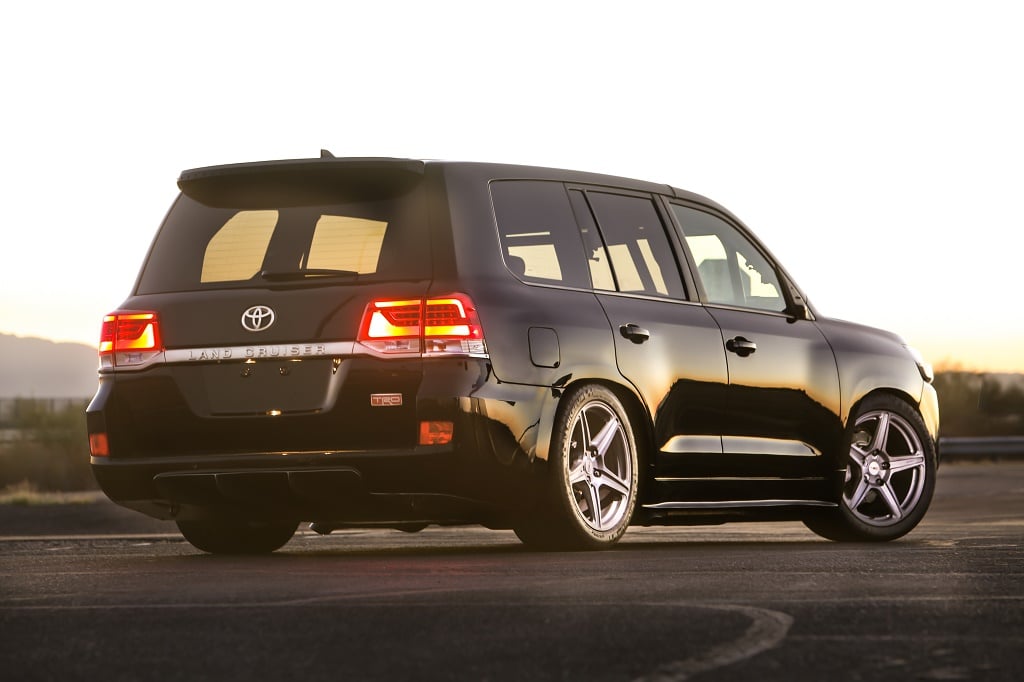 While you were busy taking tequila shots and pretending that wearing a sombrero somehow made you look attractive, Toyota was issuing the news that it had earned the title of “World’s Fastest SUV” this Cinco de Mayo. The 2,000 horsepower “Land Speed Cruiser” hit a staggering 230.02 mph before running out of usable runway, and according to sources would likely have gone faster if it had not run out of tarmac.

Last year’s One Lap of America Toyota Sienna race driver Craig Stanton was on hand to fine tune the Land Speed Cruiser at Toyota’s Arizona Proving Ground (TAPG) and had this to say:

“I wanted the Land Speed Cruiser to provide the confidence you need, as a driver, to keep pushing even when the world around you becomes a high speed blur,” Stanton said. “We made some setup adjustments, and it not only accelerates and shifts more smoothly, but it also has enhanced stability.”

Re-calibrated and ready to rumble, the team met with recently retired Toyota NASCAR driver Carl Edwards at Mojave Air and Space Port in Mojave, California in order to see what man and machine would do once pushed to the limit. Designated as one of the few places in America where supersonic flight is permitted, this desolate strip of land also features a 2.5-mile runway that is ideal for straight-line speed.

Stanton’s warm-up runs in the SUV returned 198 mph gains, which is considerable in something so monolithic. After handing over the keys to Edwards, a first run returned a record-tying 211 mph finish. But due to the amount of pavement required to slow the hulking Cruiser, more boost was necessary in order to provide adequate stopping time. Cooling issues, oil leaks, and a plethora of other race car related mishaps had plagued the team, but eventually Edwards was able to set a new world record. 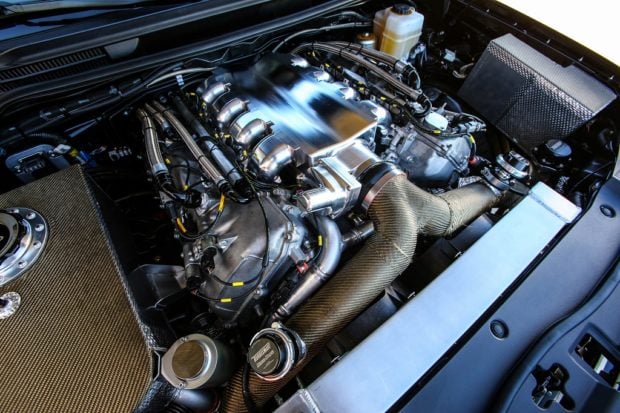 Spearheaded by Toyota mastermind Chuck Wade, this slammed soccer mom machine will likely be back for more when a lengthier track and more high speed stability are sourced. In an interview with Wade last year at SEMA, the project’s chief engineer told us that while this beast will happily run on regular E85 or premium pump juice for trips around town, VP C-85 fuel is required if you want to see extreme speeds.

Here are a few other specs on the car that we were able to gather from Wade when we met with him last fall: 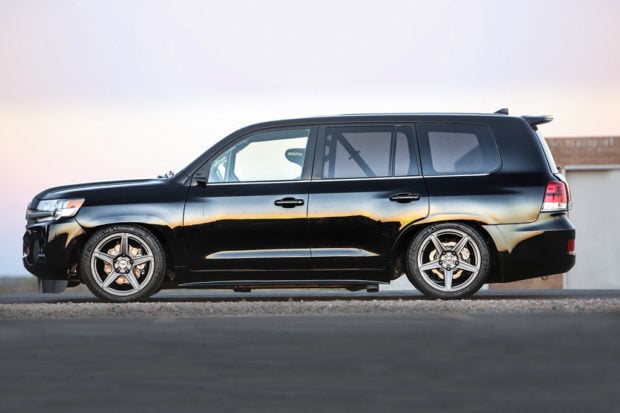