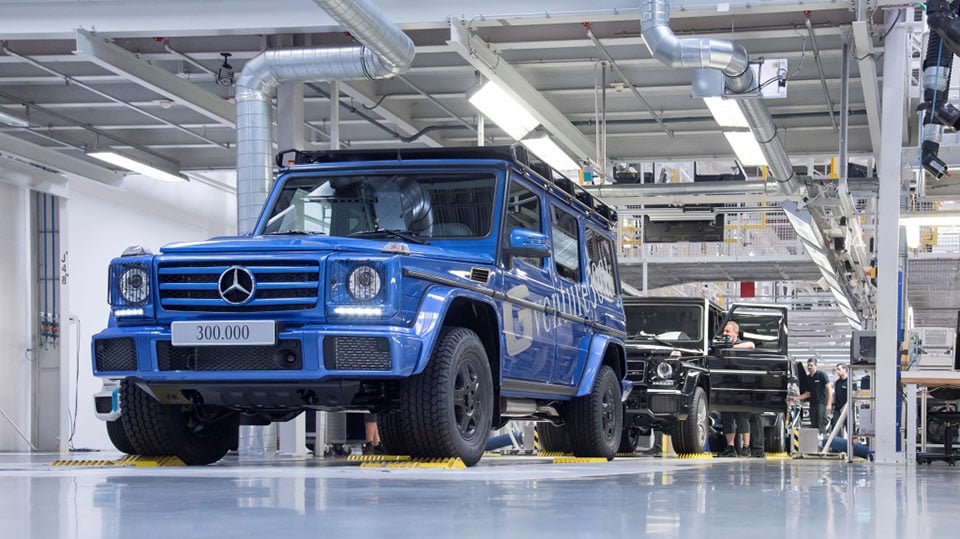 The Mercedes G-Class has been a very cool and expensive off-roader for many years now. Recently Mercedes celebrated a major milestone for the boxy G-Class with the production of the 300,000th vehicle in the series. The G-Class debuted in 1979 and they have looked basically the same since that debut.

The special vehicle is clad in Designo Mauritius blue metallic, and has black leather inside with contrasting white stitching. Mercedes also fitted the 300,000th G-Class with the off-road package, along with black 16-inch wheels and all terrain tires.

The truck also has a cool roof rack for hauling stuff. The specifications and color of this special G-Class were chosen by fans via Facebook.