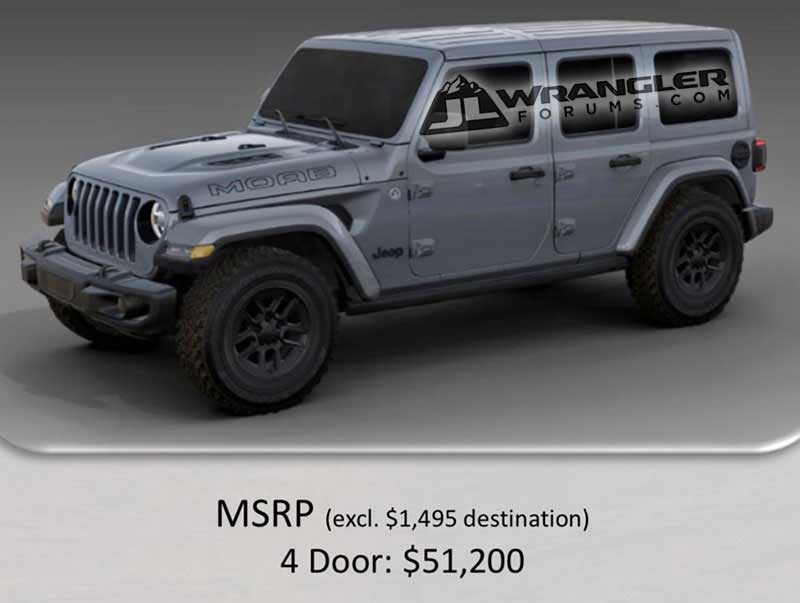 A couple of weeks back an image turned up that showed a JL Wrangler on a car carrier wearing a MOAB sticker on the hood. A newly leaked document purports to include content and pricing information about the Moab edition. If the document is right, it’s not going to be a cheap Jeep.

According to the document spotted on the JL Wrangler Forums, the Moab is based on the 4-door Sahara trim, and while there are no mentions of upgraded axles and such, it does get the Selec-Trac full-time 4WD transfer case and the 3.6L ESS 8-speed automatic powertrain, a limited-slip diff, steel Mopar rock rails, a steel front bumper, and front and rear black tow hooks. 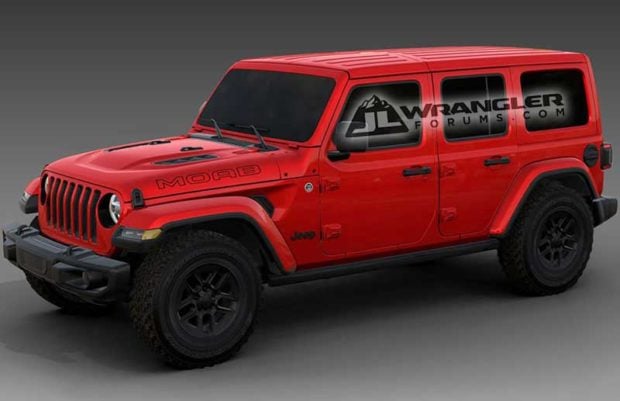 The Moab reportedly starts at $51,200 plus a $1,495 destination charge. That’s a kick in the stones for JK fans used to paying under $50k for the high-end versions, but the JL Wrangler does make a whole lot of improvements over the prior generation, so the cost is likely justified.