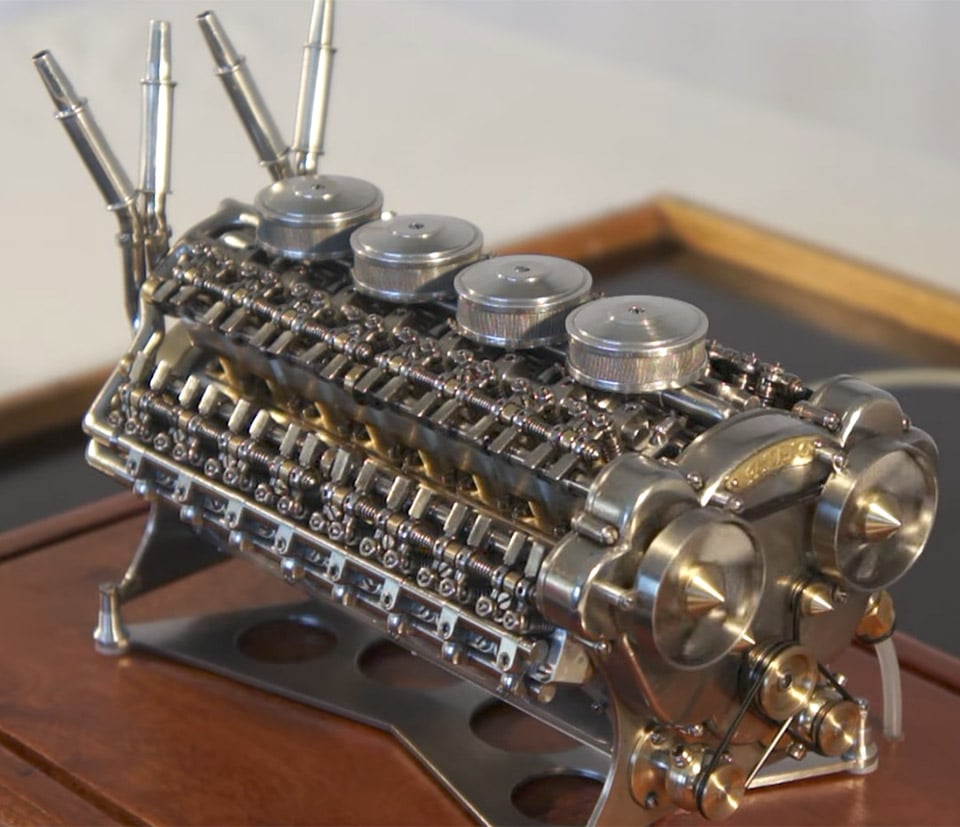 Want to see something really, really special? Then check out this incredible creation from Motores Patelo, who loves to hand build miniature versions of engines. His most impressive creation to date has to be this W-32 engine, which works using four banks of eight cylinders, driven by a single crankshaft.

All of the parts move just like they would on a real engine, though this one uses compressed air as its energy source. It took him over 2,500 hours to build the engine, which was made from 850 parts. Each of the tiny, 13.75mm diameter pistons has a 10mm stroke, and the tiny engine has a total displacement of just 0.0475 liters. 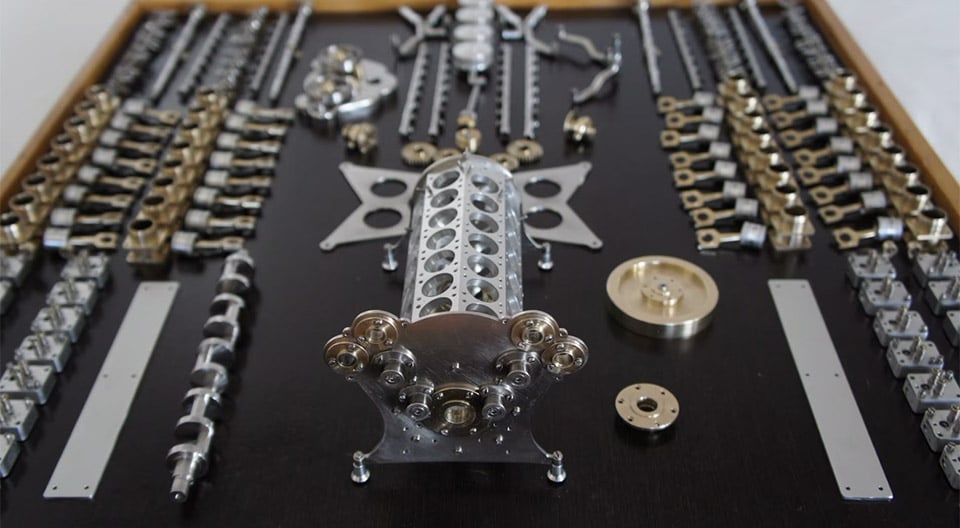 If you dig through the YouTube comments, there are complaints that it doesn’t actually run on gasoline, but the mechanical engineering here is just extraordinary, no matter what kind of fuel it runs on.