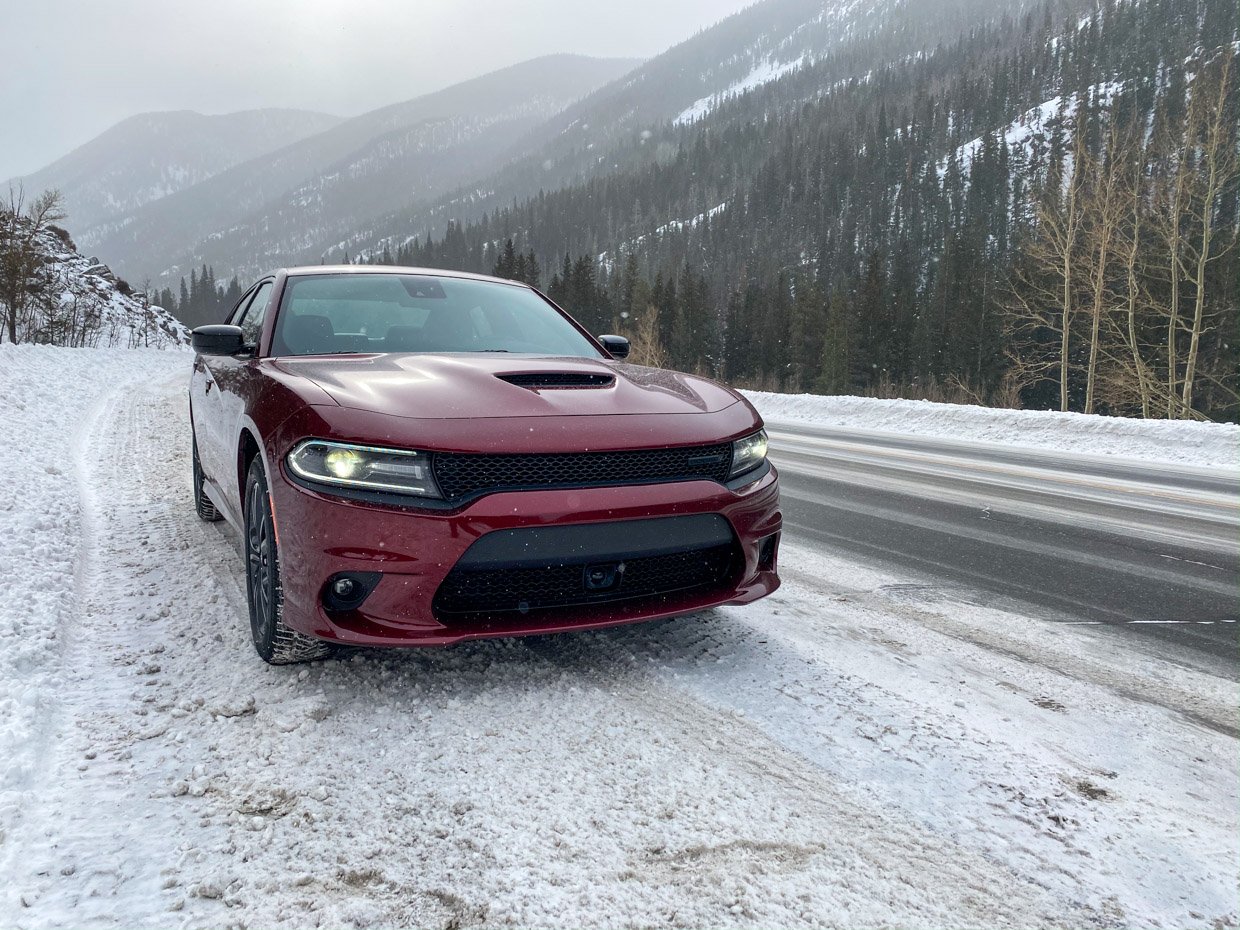 I recently had the opportunity to spend some time in the beautiful, snow-capped mountains of central Colorado, where Rocky Mountain Redline assembled a variety of all-wheel drive vehicles to demonstrate their prowess in wintry conditions. Among the cars and crossovers was one of the first ever 2020 Dodge Charger GT AWDs to roll off the assembly line. I had the good fortune to be the one picked to drive the four-door muscle car up from Denver to our destination of Winter Park, giving me a few extra hours behind the wheel.

The Charger GT is a special version of the Charger that packs the performance-oriented aesthetics of Dodge’s high-end muscle car trims, and is available for the first time with an all-wheel drivetrain. Rather than the insane power packed into of Dodge’s V8 Hemi engines, the Charger GT opts for a 3.6-liter V6, making 300 horsepower and 264 lb-ft. of torque. That might not win it any 1/4-mile records, but it’s more than enough grunt for daily driving, and satisfyingly powerful. Thanks to the smaller engine, it’s also one of the best balanced Chargers with a 53/47 front-to-rear weight distribution. 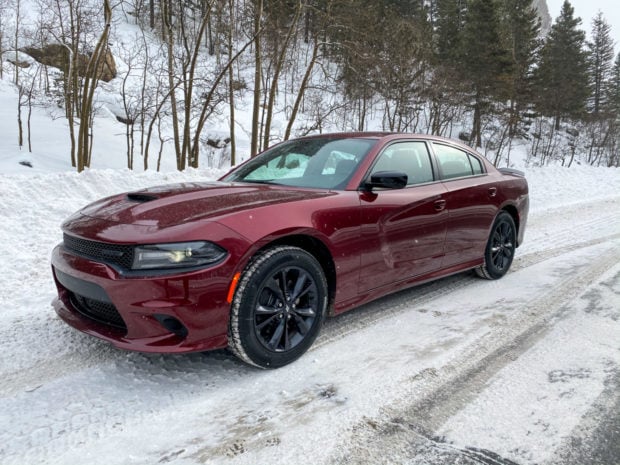 Among the nice looking bits are a big hood scoop, sculpted side sills, front and rear spoilers, and 19″ performance rims. My car was upgraded with “Black Noise” wheels, but the satin carbon wheels that come standard look quite good too. Tricked out with the Plus group, you get seats with Nappa leather and Alcantara, heated seats for both front and rear passengers, a heated steering wheel, HID projector headlamps, blind-spot monitoring, and more. 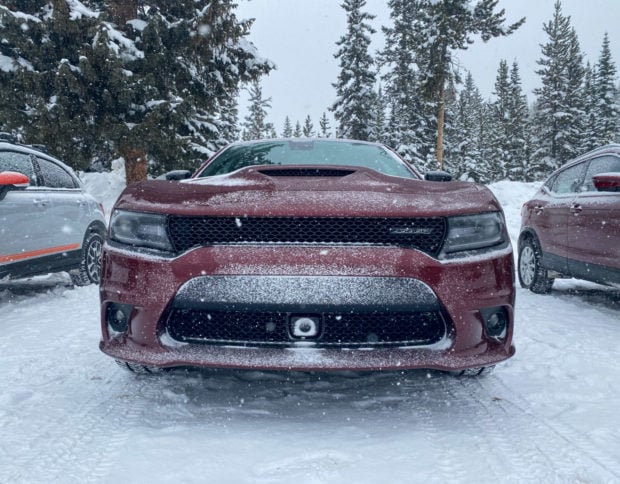 What makes the Charger GT AWD special is just how well behaved it is, even in the slippery stuff. Like its Challenger GT AWD brother, this car works its drivetrain magic by adding a front axle clutch pack that can selectively send torque to the front wheels. It can also disconnect the front axle and send 100% of the power to the rear when the added traction isn’t needed. I had no problem keeping the car in check as we ascended from 5,000 up to 10,000 feet through twisty mountain roads, many of which were coated with a glaze of packed snow. Keep in mind that we were driving on Pirelli Scorpion winter tires, rather than the all-season Michelin Primacy MXM4 tires that come with the car. You’ll want to do the same if you plan on spending any meaningful time driving on snow and ice. 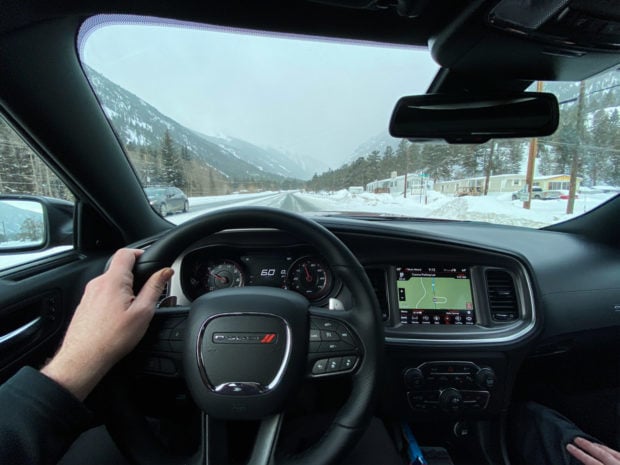 The AWD system combines various inputs including rain and temperature sensors, and wheel slip detection to decide when to send power to the front wheels. Put the car into Sport mode, and it not only changes throttle mapping and steering feel, but it locks all-wheel drive on for added confidence when launching or cornering. On our a snow-packed autocross circuit, the Charger took to the course like a fish to water. Despite its 4200+ pound heft, it took off quickly down the straightaway, and dodged and weaved through the cones as well as any of the smaller cars we had on the course. 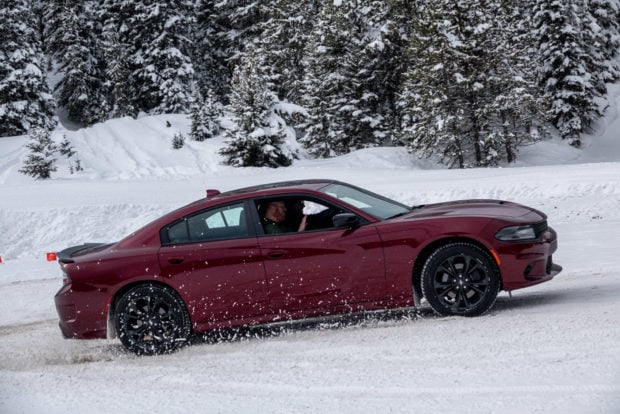 Since it’s a rear-biased system, the Charger GT is especially adept at doing snow donuts, but it’s not so tail happy that you feel out of control. Being able to send some power to the front, even in a power-drifting scenario means less of a chance of oversteer for sure. We also did some just-for-fun drag races between the Charger and various daily drivers, but it wasn’t really a fair fight as the Charger outgunned most of the other vehicles in the horsepower and torque department. That said, with the snow tires and AWD system doing their part, the car launched swiftly even on the snow. 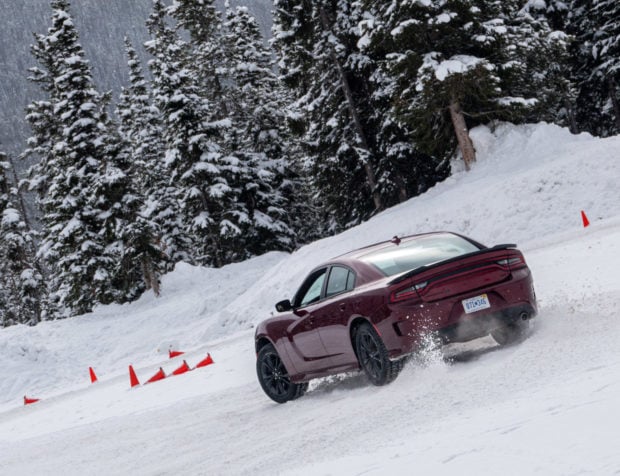 The Charger GT AWD is a welcome addition to the Dodge lineup, giving buyers who want the sportiest of muscle car looks a car they can feel safe and assured driving, even in the most inclimate weather. I felt incredibly confident behind the wheel of of this full-size sports sedan, a would highly recommend it for anyone thinking about a Charger who lives in a snowy or rainy climate for even part of the year. 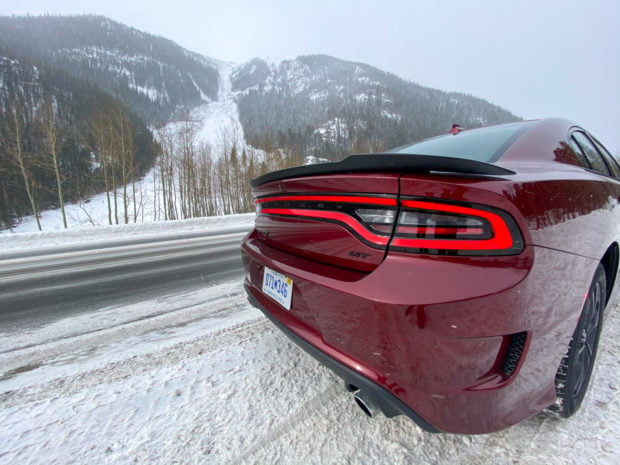