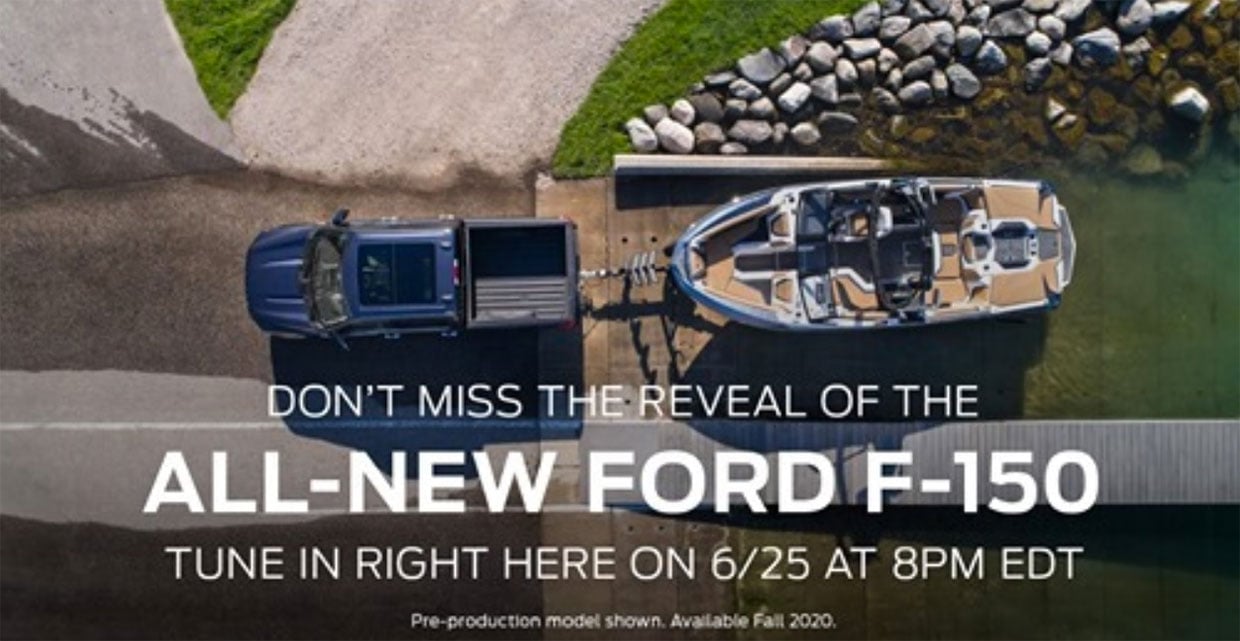 June 25th, 2020 is a big day for Ford F-150 fans as the new version of the popular truck will be unveiled in full for the first time. Ahead of that official reveal, Ford is teasing with an image on Facebook that shows the 2021 F-150 pulling a boat out of the lake. The truck is shown from high overhead, and all we can see is a heavily sculpted hood and a massive panoramic sunroof on the top.

While we don’t know what the truck will look like from other angles, you can bet that Ford won’t stray far from the styling that is made the truck the most popular vehicle in the country for decades running. From what we can see, the hood reminds me a little bit of the current-generation Ford Raptor. Previous teaser images have shown headlights that appear to wrap low underneath the grille.

The only other bit of information Ford is giving up its that it anticipates the new pickup to be the most powerful light-duty full-size pickup on the market. The all-new truck will be available this fall. The official unveil for the next-generation Ford F-150 will happen at 8pm EDT on June 25. Ford truck fans wanting to watch the unveil can do so on Facebook, YouTube, or Twitter.