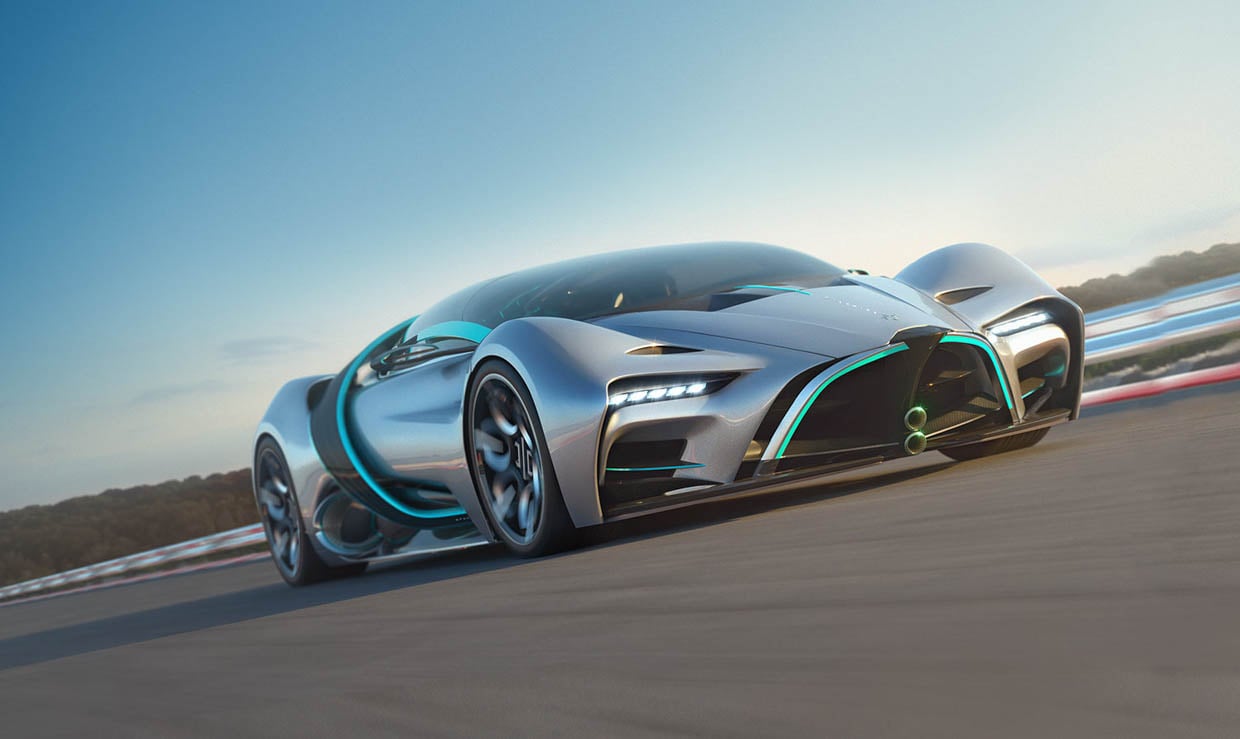 It’s rare to see a vehicle powered by a hydrogen fuel cell today. The big upside to hydrogen power is that it’s a clean energy source that produces zero pollution, and offers fast refueling compared to a battery electric vehicle. The big downside is that the hydrogen refueling infrastructure is extremely limited. Now, a company called Hyperion is showing off their design for a hydrogen-powered hypercar. 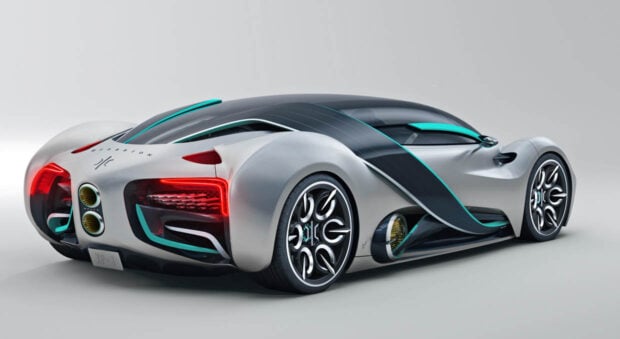 The car is the Hyperion XP-1, and it’s very fast, promising a 0-60 mph time of less than 2.2 seconds. One glance at the renderings, and it’s hard not to see some resemblance to a Bugatti – especially from the front. 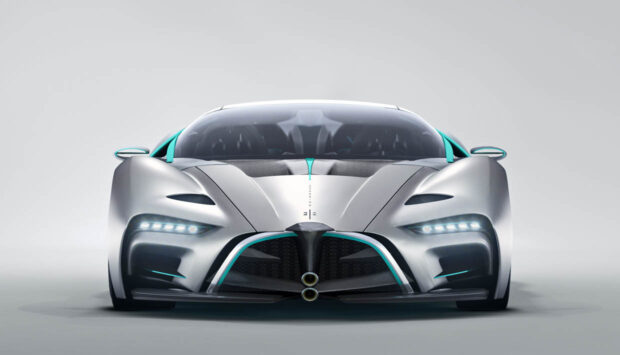 Those wing-like structures on the car’s sides that wrap up towards the roof have solar panels inside. The solar panels able to follow the trajectory of the sun, and presumably capture additional energy beyond the hydrogen fuel, perhaps to power the car’s electronics. Like other hydrogen fuel cell cars, I’m assuming the fuel-cell works in concert with a battery to power the car’s electric motors. 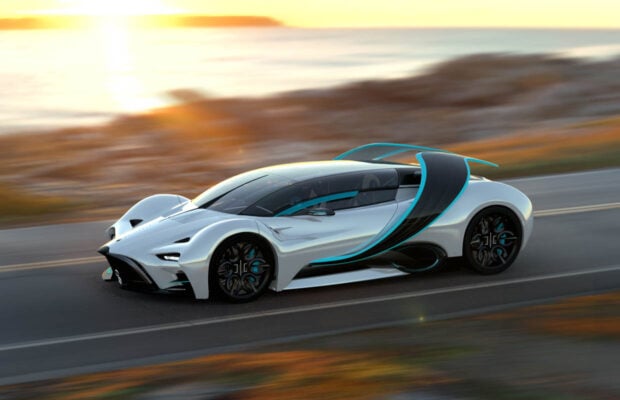 The interior of the XP-1 is as futuristic as its outside, with a sleek glass dome overhead, and a minimal user interface that uses gesture-based controls. Hyperion also makes mention of a 98″ curved display, but it’s unclear if that’s some kind of heads-up display or what. 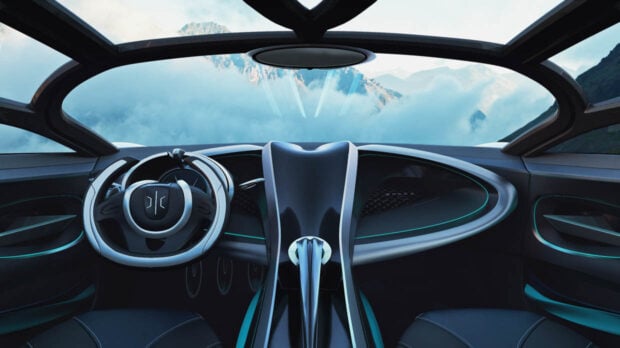 Other details on the XP-1 are scarce at this time. We do know it looks very cool, and Hyperion plans to produce it in the United States starting in 2022. 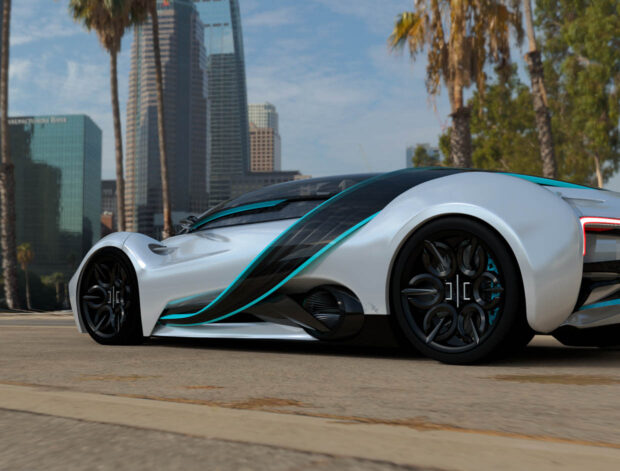