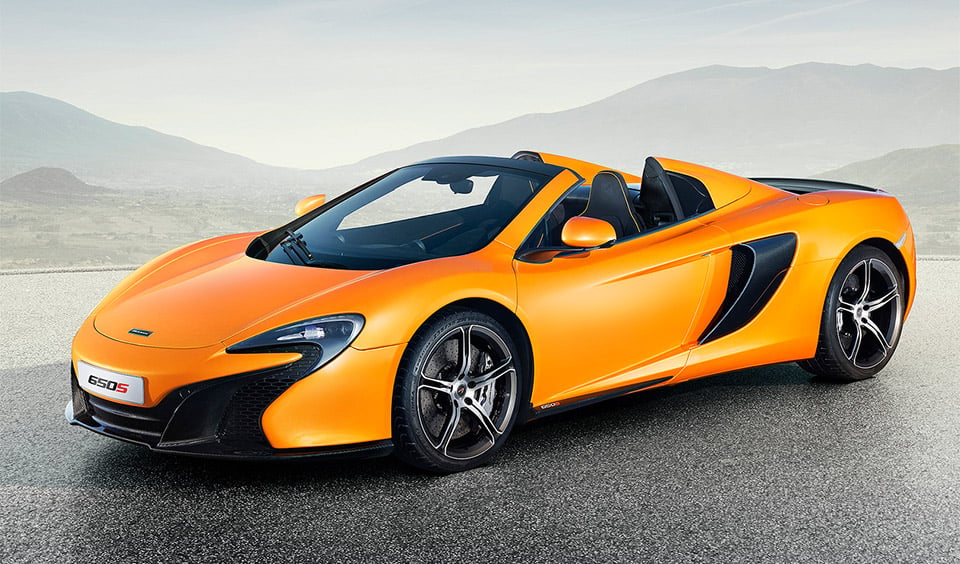 Hot on the heels of the announcement of the McLaren 650S, the company made a surprise reveal of an open-top variant during the 2014 Geneva Motor Show, the 650S Spider.

Incredibly, the company has figured out a way to maintain the same torsional strength as the Coupe version, thanks to its carbon fiber MonoCell chassis, and the car has minimal added weight compared to its brother. In fact, it only weighs 88 pounds more, with a total dry weight of 3,020 lbs. Its two-piece roof can be electrically raised or lowered in about 17 seconds, and at speeds up to 19mph. 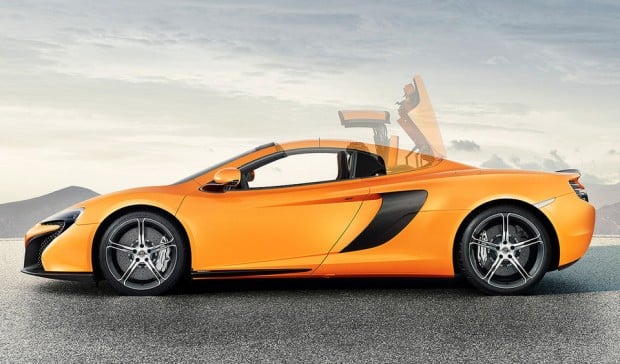 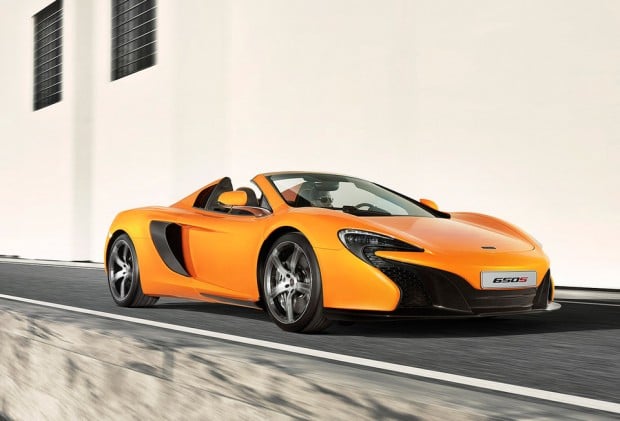 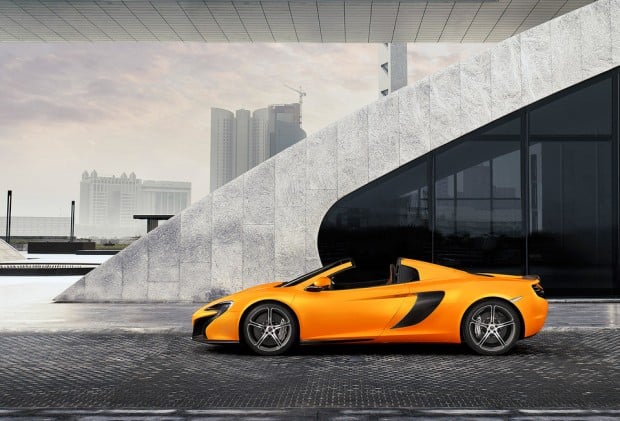 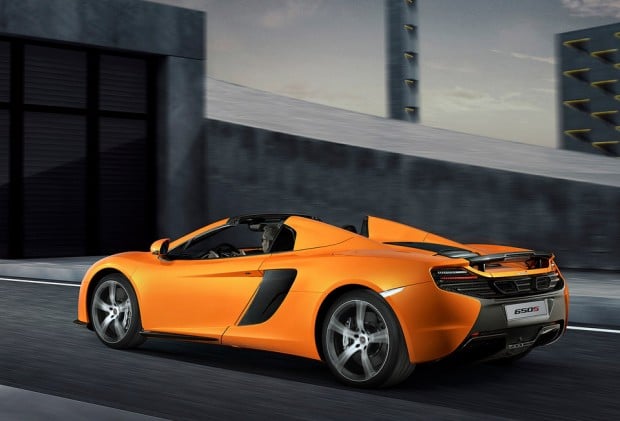 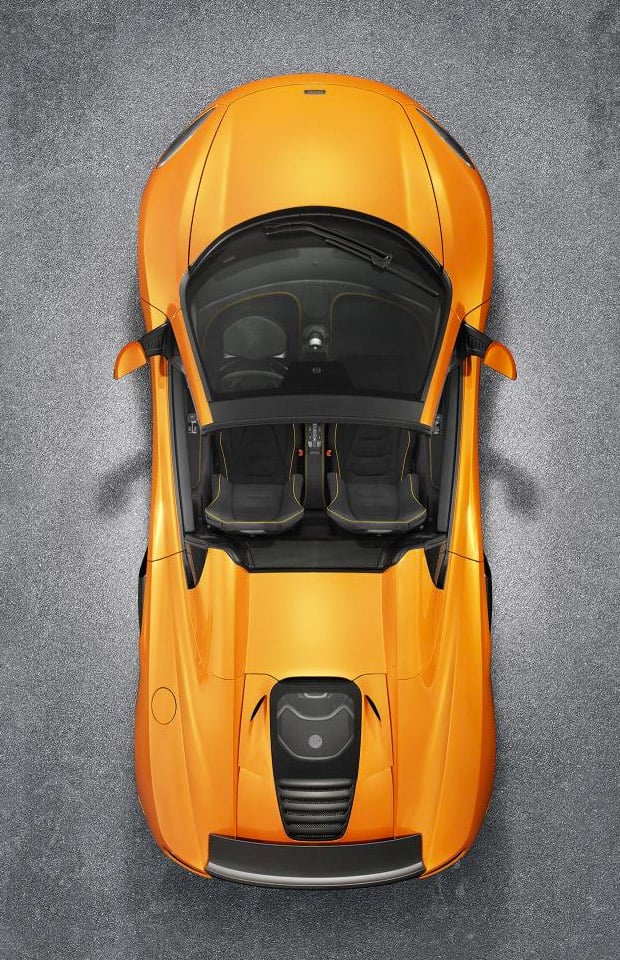 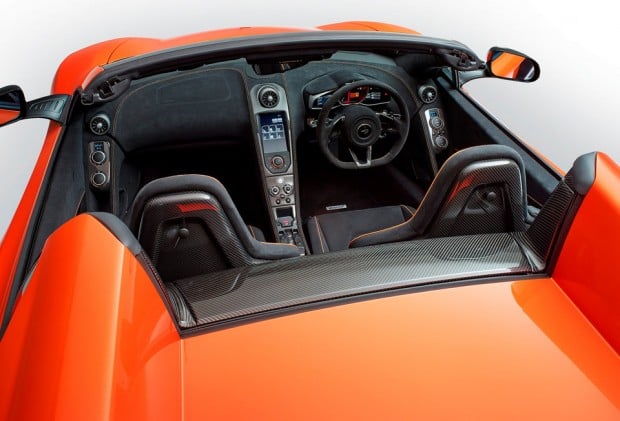