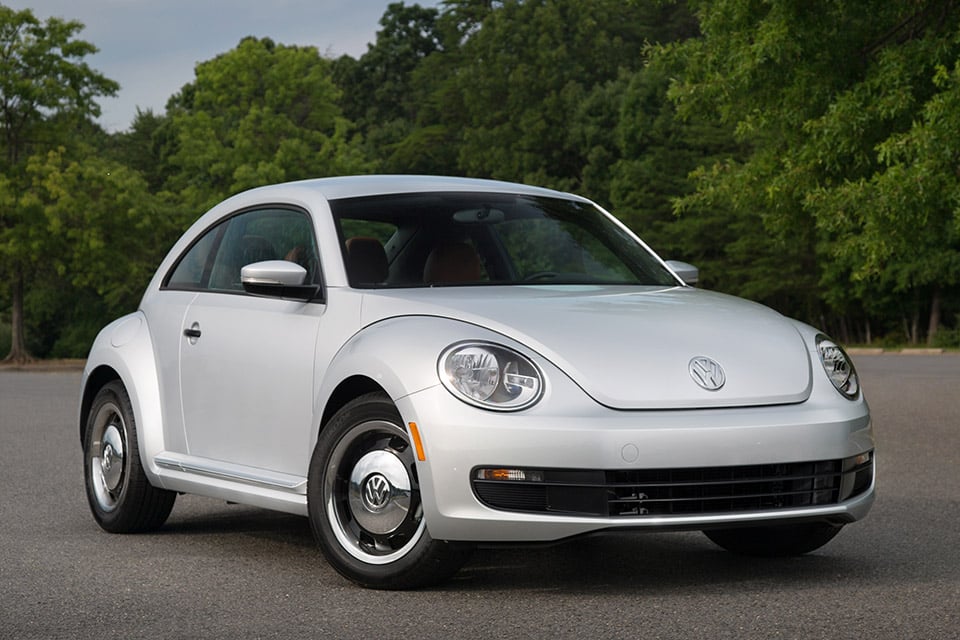 Volkswagen has announced a new limited-edition member of the Beetle family, the Beetle Classic. Designed as an homage to the classic Beetles of the 1960s, the newest Beetle is also VW’s least expensive version of the Bug. With a sticker price starting at just $20,195(USD) + an $820 Destination and Handling charge, you can drive away in one for just over $21,000.

That means the 1.8T Coupe is $1,500 less than the Beetle 1.8T automatic. Featuring 17-inch Heritage aluminum-allow wheels, a rear spoiler, a leather-wrapped shifter and handbrake lever, along with Sirius radio and GPS navigation, the Beetle Classic has retro two-tone “Sioux” leatherette and checked cloth seating. But VW is being a little stingy with the color choices, offering just three: Pure White, Black Uni, and Reflex Silver. It would be nice to see some retro colors to go along with the them, like we saw with the Fiat 500 1957 Limited Edition. 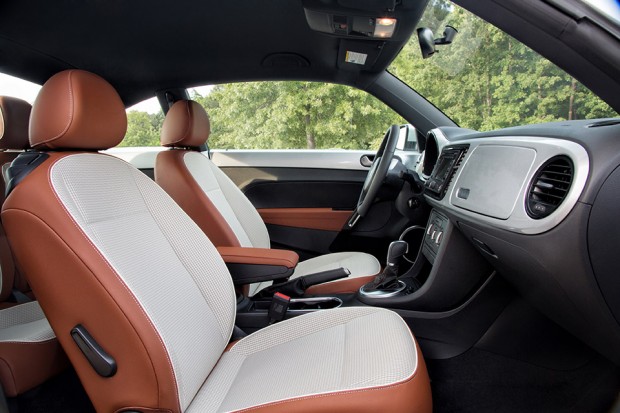 VW will also be releasing a Beetle Convertible Classic starting at $25,995 in early 2015, with the same interior and exterior features of the hard top.