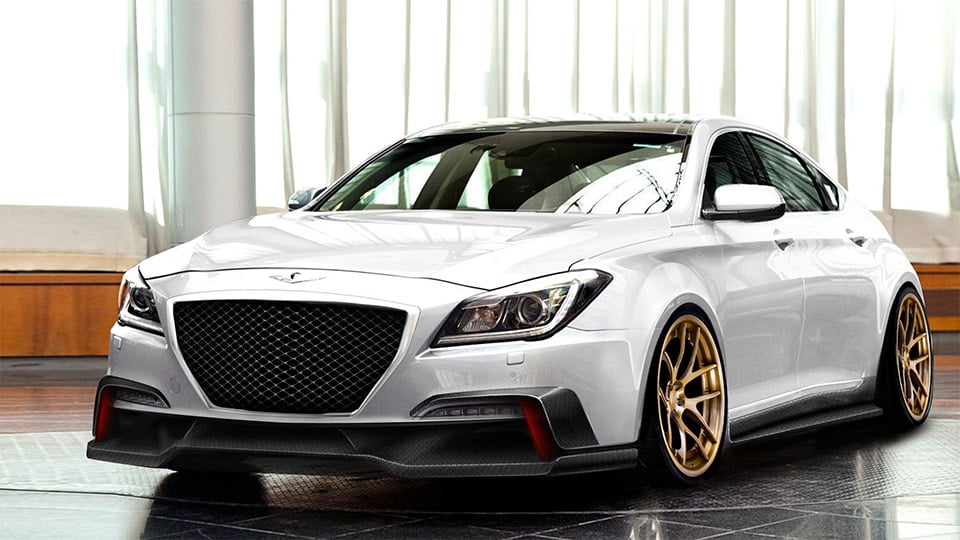 Hyundai handed their Genesis sedan to ARK Performance to create the AR550 sedan, which they will be bringing to SEMA 2014. The result is a 550 horsepower sports sedan with a Rotrex supercharger added to the 5.0-liter V8 engine, boosting the production Genesis’ standard 420hp. The powertrain is also upgraded with a performance intake system, a racing spec driveshaft, and a new exhaust system. They’ve also fitted the AR550 with an air suspension and rear sway bars.

The lines of the vehicle have been changed with new carbon fiber side skirts and bumper components, resulting in a wider and lower stance overall. To stop the car a bit quicker, it’s also been outfitted with Brembo brakes. We don’t know the final performance numbers, but it will be interesting to see more from this when it’s shown at SEMA. 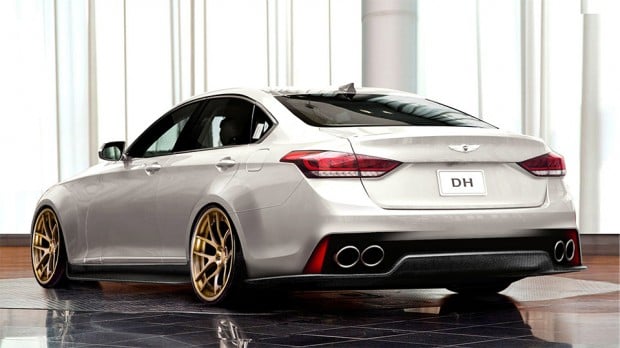