Jaguar’s F-Type is arguably one of the best cars the company has ever made. So looking to exploit this, Jaguar plans on expanding the F-Type line with three new models. For starters, there’s the F-Type Manual, which gives the car a much requested feature for purists – a six-speed manual transmission. Then, there’s the already announced F-Type All-Wheel Drive, and the just revealed F-Type R convertible variant – which ups the drop-top’s engine to the same 550 horses found in the R Coupe – and is also available as an AWD. While the manual transmission option sounds compelling, it will only be available in the RWD supercharged V6 model for now. 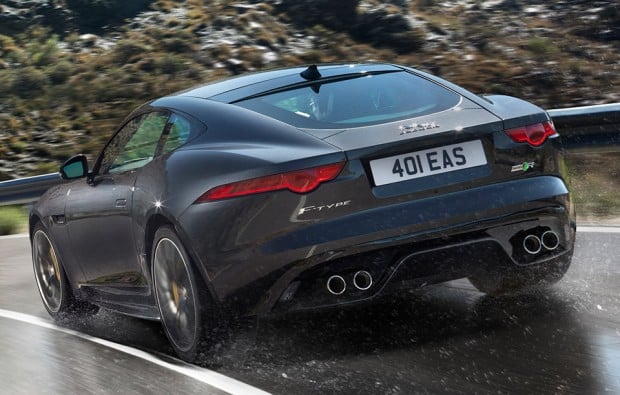 One thing that Jaguar did slip into the announcement was that the range will now all have Electric Power Assisted Steering. Apparently, this move was done to reduce emissions (who knew that power steering increased CO2 output?) I have some concerns about moving away from the awesome hydraulic steering system in the current F-Type, though Jaguar claims the new system actually improves responsiveness. Only time will tell if this will help or hurt steering characteristics.

The new F-Type will be delivering in Spring 2015 as 2016 model vehicles. With these models in place, the F-Type line now has 14 different derivatives available. Is there such a thing as too much choice? Probably not, when it comes to such a driver’s car as the F-Type.