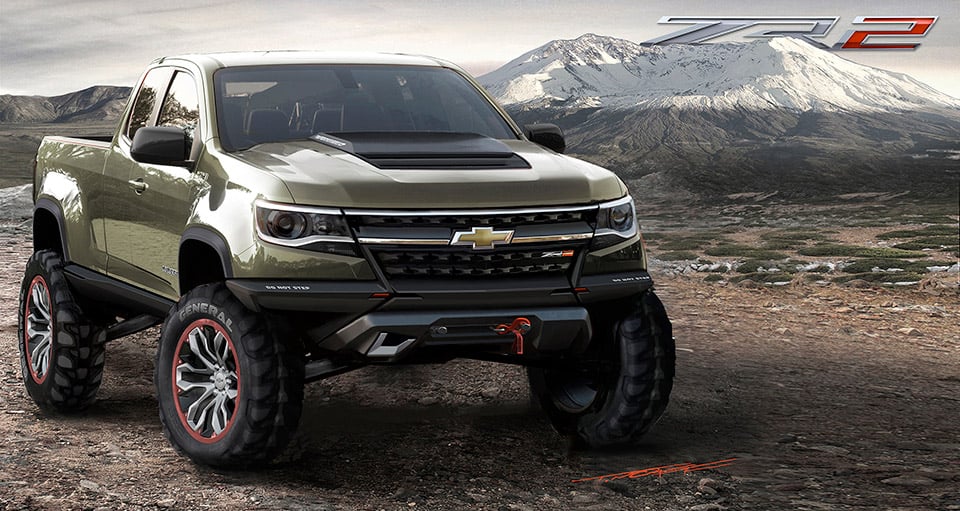 Chevrolet brought the Colorado ZR2 Concept to the 2014 Los Angeles Auto Show as a means of showcasing its new 2.8L Duramax diesel engine as well as to show styling possibilities for the midsized truck. Chevy will be bringing the new Duramax diesel to its production in 2015. With an estimated 181 horsepower and 369 lb-ft. of torque, the new four-cylinder turbo diesel should provide plenty of pulling power and capability off road. The engine represents a new family of efficient diesel engines that feature a variable-geometry turbocharger to balance power and efficiency. 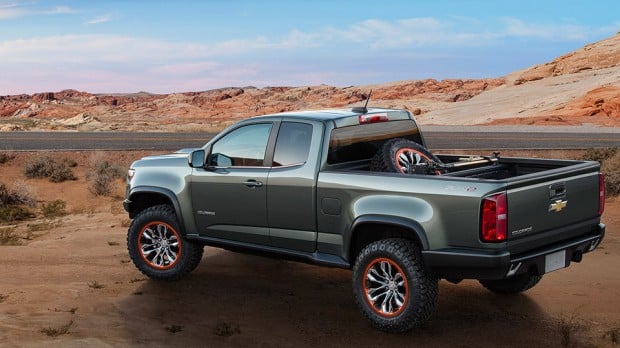 But the ZR2 concept is more than just about the engine. Chevrolet has made the truck a more aggressive entry into the off-road realm, with a stance that is four inches wider than the production Z71, new front and rear fascias designed to increase both the approach and departure angles, and better ground clearance thanks to a 2-inch lift and integral skid plates. The concept is also fitted with electronic-locking front and rear differentials to drive the 18-inch aluminum wheels. The wheels arches also feature wheel flares to match the side rocker guards. Chevy stows the spare in the bed of the truck, with a quick-release handle for easy access along with the 48-inch jack that’s tucked in next to the tire. 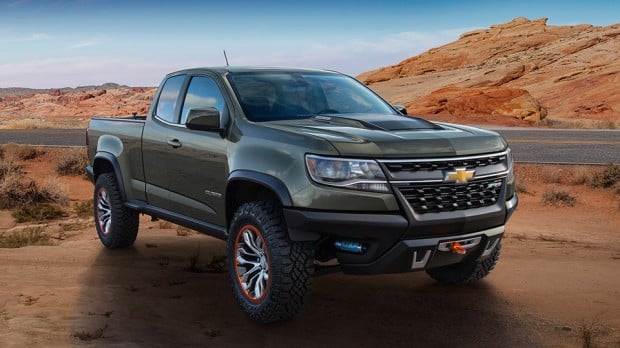 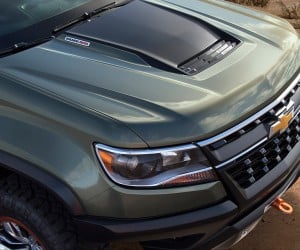 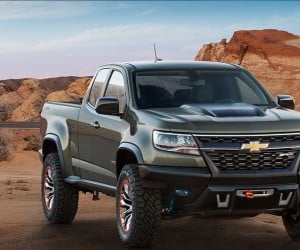 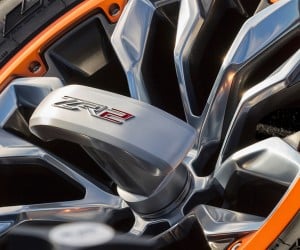 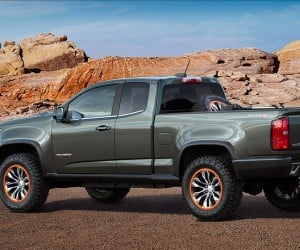