Own an Actual Clown Car 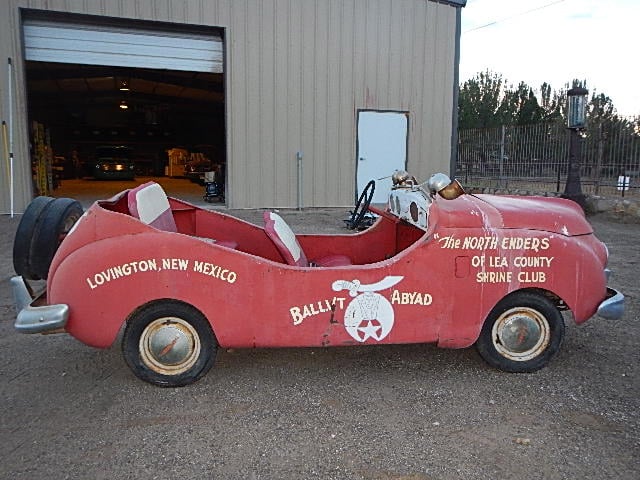 From Wikipedia: “A clown car is a prop in a circus clown routine. A common example of such a routine involves an implausibly large number of clowns emerging from a very small car, to humorous effect.” And while you could certainly go out and buy a Mini or a Fiat 500 and create your own clown car routine, nothing beats an actual clown car. Now you can be the owner of a real clown car that was used for Shriners’ Club parades back in the day.

This ancient Crosley rustbucket was used by The North Enders of Lea County Shrine Club, and is a really cool, if not very practical relic of Americana. According to its seller, the car has been sitting for years and doesn’t run – though it is “very solid.” All I can guess is that they never stuffed too many clowns into it. That reminds me of the time that I was in college and Yugo came to campus to give away one of their stupid little cars. The contest was to see how many college coeds could cram into a Yugo. The answer? Enough to break the suspension, pop the wheels off the axles, and blow out the windshield. And yes, the contest winner won THAT Yugo. But I digress. This classic clown car may not look like much, but she’s got it where it counts.

With some serious restoration work, it would look great sitting outside your home or business as a conversation piece if nothing else. But I’d love to see it back on the road, hauling groceries and the occasional clown around town. It’s up for bid on eBay now, with a Buy-it-Now price of $1,950(USD), but the seller is also accepting best offer bids. 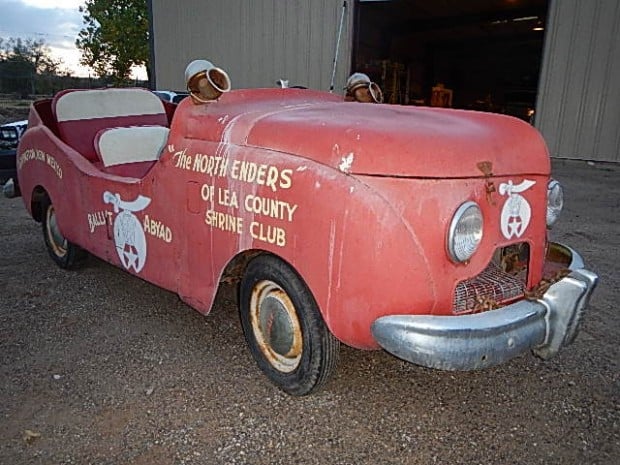 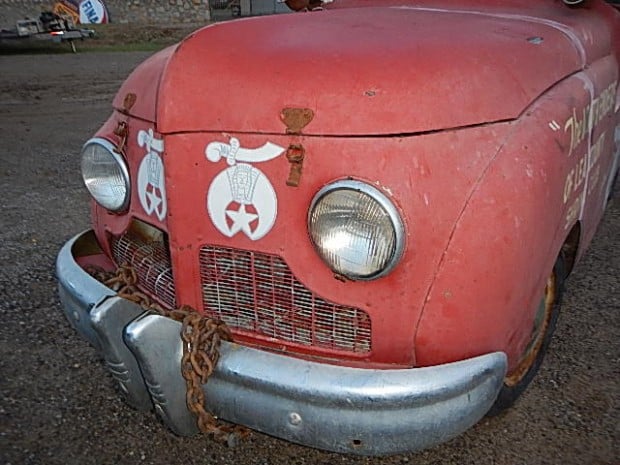 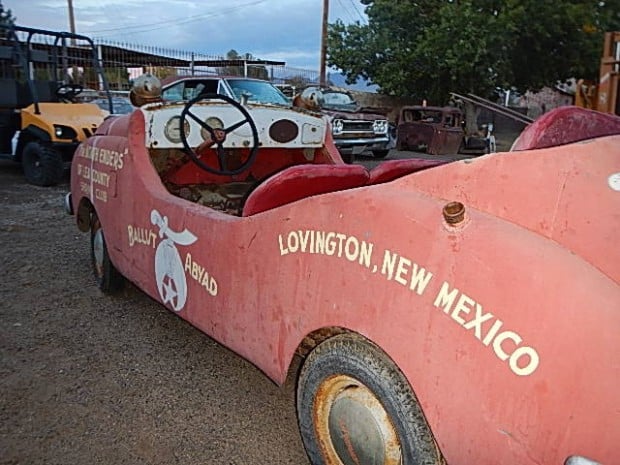